I have been wanting to write this for a while. I've had the whole summer to write this but as you can see, I've been busy with my comic. I've been debating to even do this article. I mean it is like putting salt on the wound. The majority of diehard Power Ranger fans loved the movie. I did too. But we can't gloss over that the movie was not a Box Office success in the United States nor internationally. It tanked in China (3.3 Million) and Japan. It had a $100 Million budget and made $84 Million in the United States and came in #2 the first week and then went down from there. They made a profit but it wasn't enough to call a sequel. The DVD and digital sales were marginal, making number one two weeks in a row but that was it. Fans were hoping the DVD sales would bring us a sequel. So far it is up in the air and not sure. 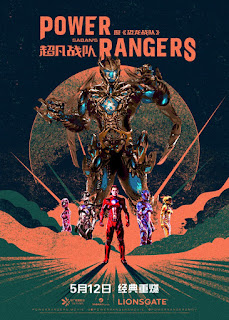 Lots of people have told me it needed more action. I can't say it was just one thing. Listening to Dean Israelite's director commentary, from the beginning he didn't want the typical Superhero movie. The movie opens with a intimate view of a flashback to Zordon and Rita as Rangers. He said in a typical movie, it would be a vast view, an epic scope and more elaborate.  They were going for an intimate movie. I totally got that and loved that. But I knew the movie was only going to be a hit with fans. Dean Israelite kept saying 'superhero.' One thing is that the majority of mainstream audience has not considered Power Rangers as superheroes. It's a hard pill to take as fans I know. My nephew's girlfriend told me she dressed as Pink Ranger for work for superhero day and they told her she wasn't a superhero. Now why? Because I think the mainstream expect superheroes to be from the comic books. And Power Rangers are well known to come from originally at least partially from Japan. 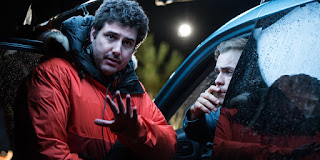 A lot of movie hinged on Nostaglic-factor. Those non-current fans that remember it from being a kid. Dean said he wanted to capture the feeling he felt watching it as a kid. I think those fairweather nostalgic fans were expecting an epic superhero movie. Going back to what I said about the opening sequence, I expected more. The reason Dean focused on Rita and Zordon being Rangers, I think fans would had needed more details. We didn't get much details in the original show. And having them as Rangers was great but it wasn't clear if Rita was a witch or just dabbled or where her powers came from. Also her motives, which were alluded to but never said outright why she betrayed her team. I get what the movie was going for with the Rangers transforming in the end but having an epic opener would have smooth out the transition that just made the movie not feel like the 30-minute climactic ending was tacked on. 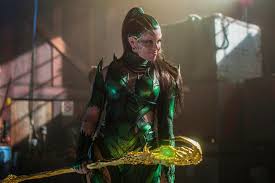 Now Thor did have a limited scope in the first movie and a smaller budget and the budget and scope grew bigger with each movie. But the first Thor did still have epic scenes and action. (Some people have called Rita a female Loki) Don't get me wrong, I loved the movie and liked the intimate feel and getting to know the characters. I am just trying to figure out why it didn't do well with mainstream audiences. I think it was too advanced for its time. I hope it finds an audience in the future but most likely it will just remain a  cult favorite. I desperately do want a sequel, I think the director, the actors and crew definitely need a sequel. Superhero sci-fi movie sequels that did better than the first were X-Men, Terminator, The Dark Knight, etc. Now what could a sequel do to get more of an audience? Be a huge epic, not be too esoteric like Pacific Rim with its dreams and brain stuff and milk the hell out of Tommy Oliver.

Well, that all makes sense but still stinks. Also, Power Rangers not being considered superheroes is stupid. DC and Marvel aren't the only superhero sources.

Anyway, my fingers are crossed the merchandising saves the sequel or Boom adapting Dean's ideas as comics.

I had a bad feeling when I heard about 6 sequels being planned. Whenever I hear about sequels before the 1st is out, I can almost see bad reviews and no sequels. At least Power Rangers was decent.