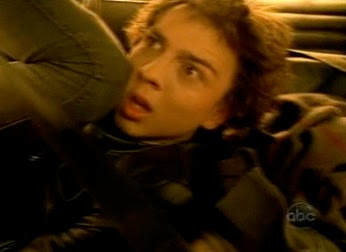 I am no longer having Episodes 6 through 10 of Power Rangers RPM posted on this blog nor on YouTube. It is because the Power Rangers RPM Volume 2 DVD was released September 8th in the United States and Canada. I had taken off Episodes one through five when Volume 1 was released, because of copyright. My account will be removed if I keep the episodes up as long as it is on sale. Especially since my account is from the United States and the DVD is released in the United States and YouTube is an American company. People who want to see those episodes and can't get those DVDs (because they live in another country), can look else where.

Posted by Lavender Ranger at 10:32 PM

Power Rangers RPM is in the UK on Disney XD. It was on Jetix first before Disney XD. So I'll start watching it if the episodes are removed from Youtube.

So we're getting the DVD box set, but in pieces?

Any special features to them?

I'm thankful with you..!!the reason is I'd started watching power rangers RPM...my first episode that I saw was Ranger Red(new Episode)..So I'll liked it..!! So I went to the site Youtube.com and I was looking since episode 1..and I found your channel..and started to watch all the early's episodes....!! Thank you so much; since your doing for other to see the episodes;...taking your time;...uploading thru tv(video) into the pc...isn't easy..!(trust me mine friend, cause I'm thinking of doing a fan-video of RPM and I'd already got pissed-stress..!!
So once again thank you...no worries..!!
I have my two DVD's RPM Vol.1 & 2 in my casita..!!