NEWS! Power Rangers Dino Charge and possible reasons Go-Busters could have been skipped 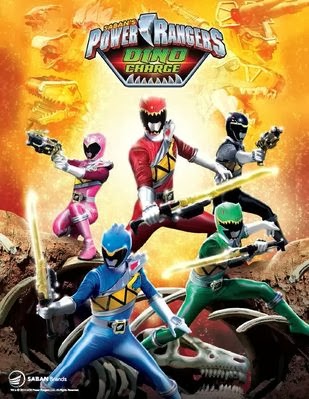 Picture of Marketing Poster thanks to Fury Diamond of Ranger Crew Blog and Megaforce Cast. 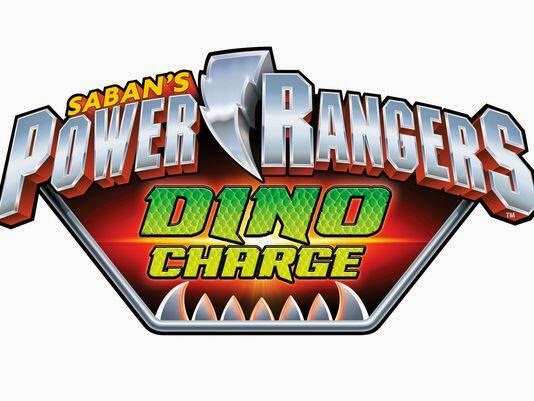 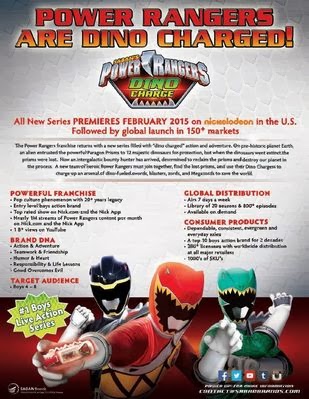 Picture of Marketing Poster thanks to Fury Diamond of Ranger Crew Blog and Megaforce Cast.
http://blog.samuraicast.com/power-rangers-dino-charge-marketing-poster/

Check out the full resolution one at Megaforce Cast.
http://www.megaforcecast.com/gallery/displayimage.php?pid=31011

The fandom shook this morning with the news that the next Power Rangers after Super Megaforce will be called Power Rangers Dino Charge. The big deal is that it is based on Kyoryuger (2013), which ends today--or rather tomorrow in Japan at 8:30 AM which is 5:30 PM on the Eastern side of the United States. Anyways, Super Megaforce takes footage from Gokaiger, the next in line to be adapted is Go-Busters (2012) and not Kyoryuger. Not officially but it was rumored that Saban was contractually obligated not to skip a Super Sentai series. Fans have wanted Saban to skip a Sentai for years but I think very little people wanted Go-Busters to be skipped. We don't know the real reason and we may never know it (going how fans are not satisfied with the truth). I want to make clear that even though it looks like Kyoryuger is being used, it is not guaranteed Go-Busters is being skipped. It could be possible they will be incorporated some how. I personally think it would be a mistake to use Go-Busters too heavily if the show is called 'Dino Charge.' 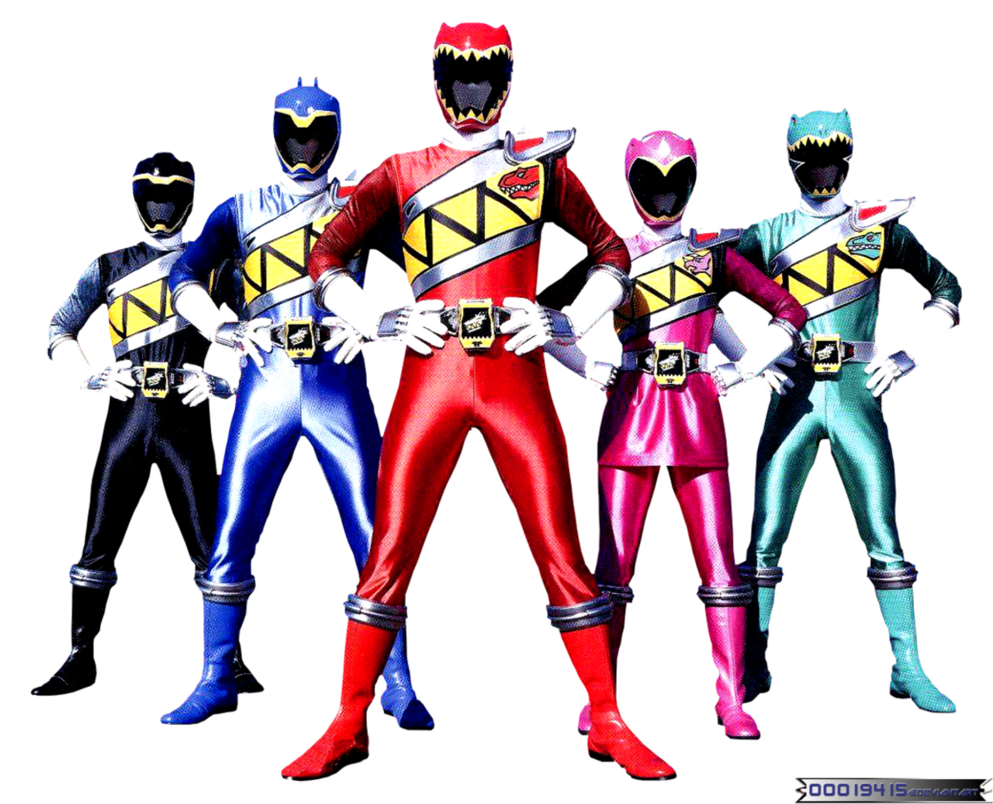 Storyline:
In Dino Charge, the Paragon Prisms were given to a dozen dinosaurs for safe keeping by an alien, but they were lost when asteroids hit the Earth and wiped out the dinos. Now in the present day, an intergalactic bounty hunter starts sniffing around Earth looking for the Prisms in order to harness their power and annihilate the world, so a team of Power Rangers forms to find the Prisms first and fight the bounty hunter and other threats with dino-powered swords, blasters, Zords (in Power Rangers lingo, large fighting machines) and Megazords.

FOLLOWING ARE JUST OPINIONS AND SPECULATIONS

Possible reasons Go-Busters was skipped:
What could this mean to the future of adaptions:
With Samurai lasting 2 years, it left a three year gap between Goseiger and Megaforce (2010 and 2013). With Kyoryuger adapted as Dino Charge, it goes to a two year gap (2013 and 2015). If Dino Charge last two years, then Toquger (2014) would have a three year gap with its counterpart in 2017.

Here are spoilers if you haven't seen both series... 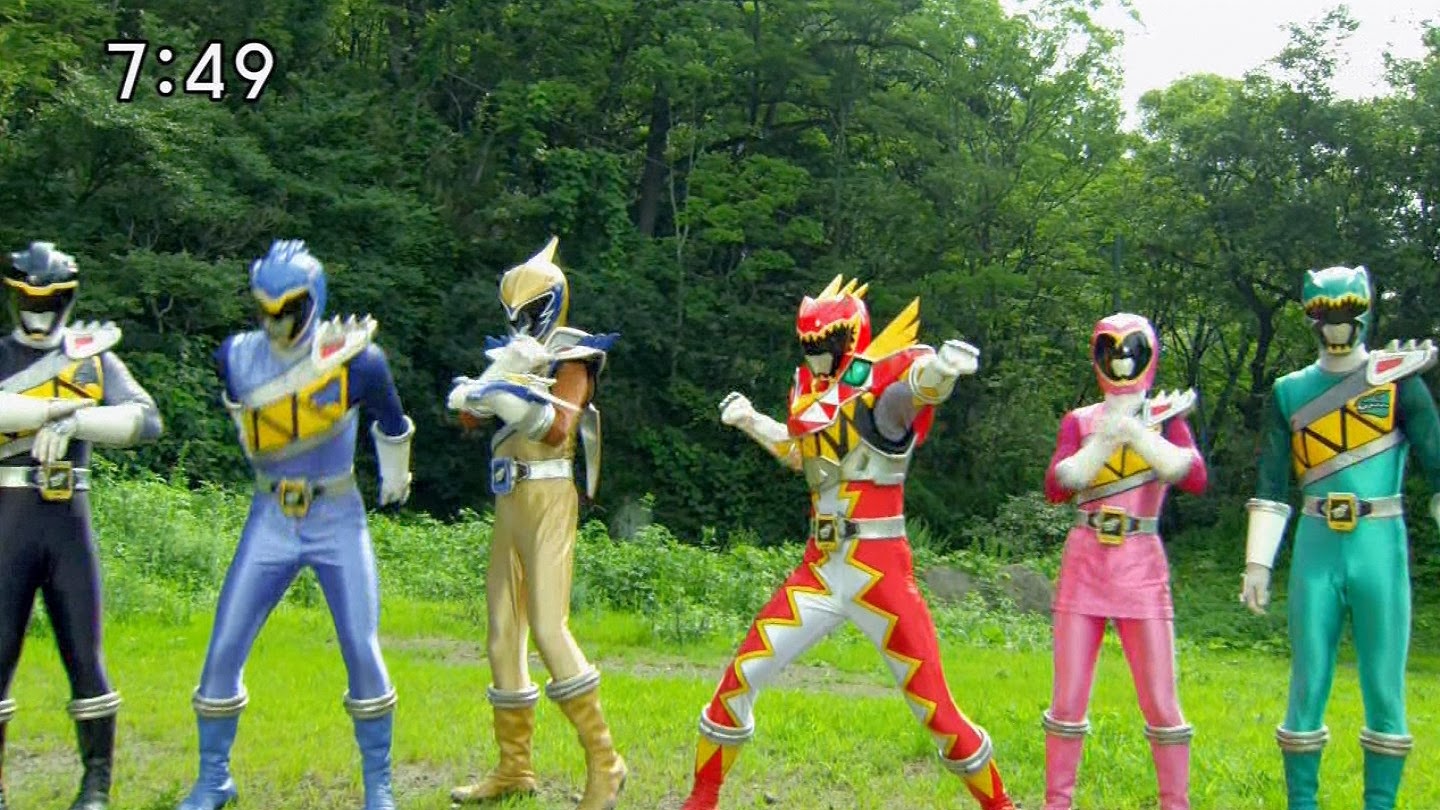 But But "Its Morphin Time" golden opportunity.

Why. If any season they should skip its the new train one! Trains are even as culturally relevant to kids or american culture. The description also makes me shudder to watch it!

Since Saban liked the Dinosaur theme, i'm sure they wanna tie the story with MMPR and/or Dino Thunder somehow...

How about the fact that Gobuster is kinda a better replica of RPM story. It would be almost impossible for Saban to change this since, unlike goseiger and gokaiger, that story line is pretty specific and can't be molded as easily, plus im sure they wouldn't want to repeat a season.

i'm sorry dude but how can they ruin a completed show? super megaforce is it's own thing samurai was god awful because it was shinkenger base power ranges on what it is not what it isn't

I think Go-Busters was skipped because of the suits. I don't think they would appeal to American children.

well, with this, we can assure that there will be changes in the storyline & synopsis too...

As long as ToQger isn't skipped I don't care what happens.

Of course ToQger has six Rangers and nine mecha in the first half alone so it's not like there's little merchendicing potential.

I find it ironic that the series that used a lot of PR elements, essentially becoming sort of a tribute, was the one getting skipped. In the end it's still business as usual. Hoping for Dino Charge to return the old Power Rangers feel. Better storylines and actors please.

To 0048Files: The fact that there's footage with MMPR, DT, and DC's counterparts helps if, ironically, the Gobusters aren't in too much of it (Man, first they're not advertised much in what should be their own team up, now no PR counterpart.)

Quite frankly, Lavender Ranger makes a valid argument as to why Gobusters got skipped (is it even a question with "Dino" specifically in the title?). They have to do a ton more villain footage unless they though what they did for the first season with Rita worked well (how many times did they reuse footage of human Sentai villains? :D). Also it'll avoid the one season use of leather. I'll wager those didn't help Gobusters' case. Makes sense, even if it was a surprise, especially with the news preceding Kyoryuger's finale.

I wait to see what comes of it. Like Super Megaforce, I'll give it a chance.

That's possibly unlikely to happen, referring to skipping Go-Busters for a Kyoryuger adaptation.

I think Saban will make an American adaptation of Go-Busters next year and Kyoryuger in 2016.

This is nothing but a rumour except the logo. Saban hasn't confirmed whether or not that Dino Charge will air next year.

There might be war USA VS, Japan so, saban dont abuse the rules by skipping go busters ,or maybe toei wanted to this so, saban skips and then war happend....later toei sinks saban and shut it down or the other way.