More trains and a sixth Ranger 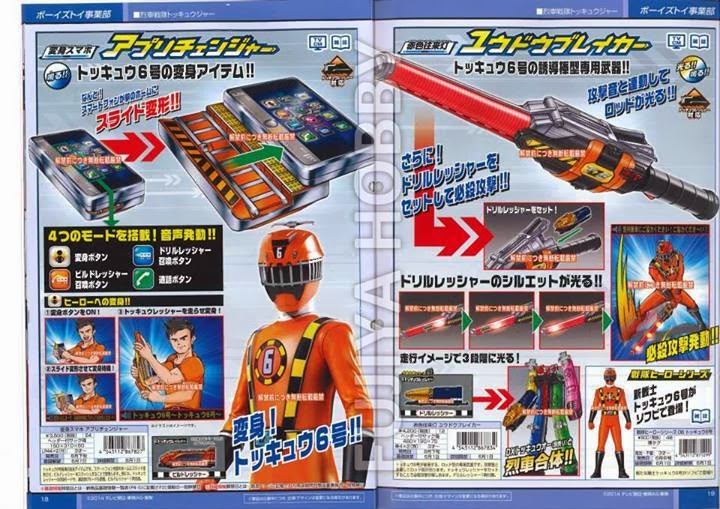 I don't know the name yet but I assume he will be called Six or Roku (six in Japanese). Him being Orange confirms my suspicion we will be getting Rainbow Rangers this year. Also, he is the second Orange after Battle Cossack. But of course Deka Swan, Geki Chopper and Bouken Silver all had orange in their suits as well. 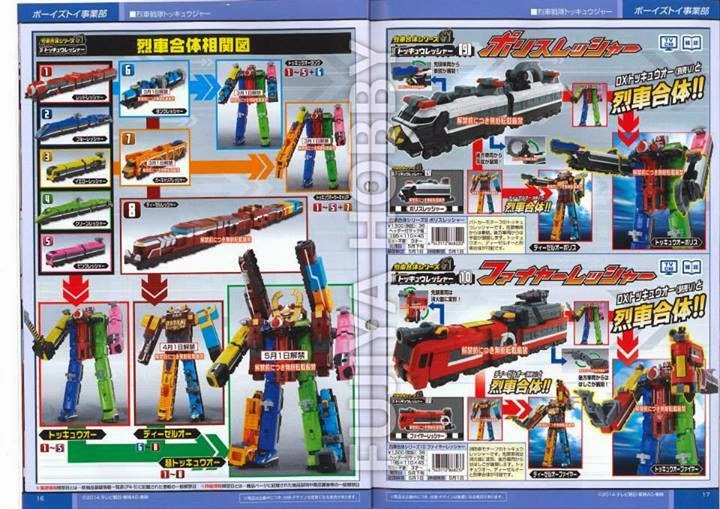 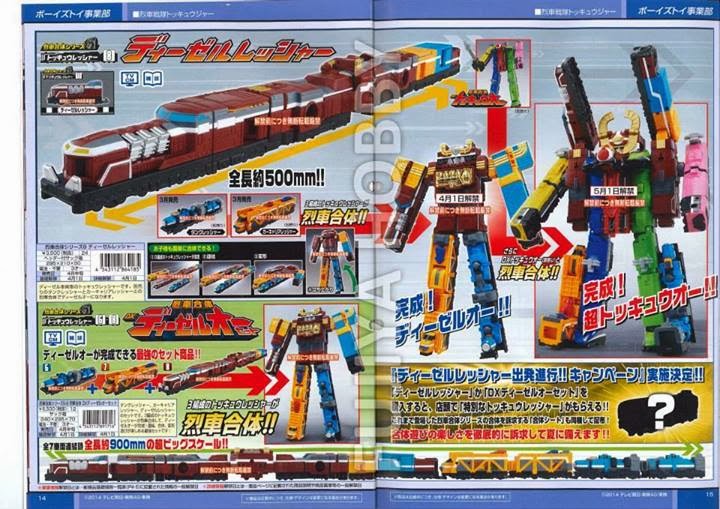 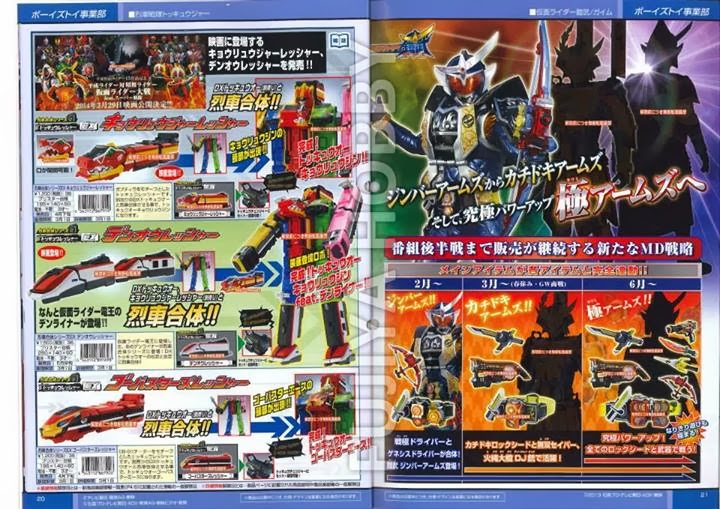 It is not known yet if this is toy-only or in-show (I'm assuming it is just the toys) but here they got a Kyoryuger, Go-Busters and Kamen Rider Den-O version trains to go with the robo.
Posted by Lavender Ranger at 7:10 AM

Anyway, love that we're getting an Orange Ranger after so long. Now Battle Cossack won't feel so lonely after all!

Correction: Six in Japanese is Roku, not Mu.

In reply to Eric:

Thanks Deen, I changed it. JD, it would be but he's still Battle Cossack. It's like calling Sailor Pluto "Sailor Drawf Planet Pluto."

Orange you glad he's not Silver?