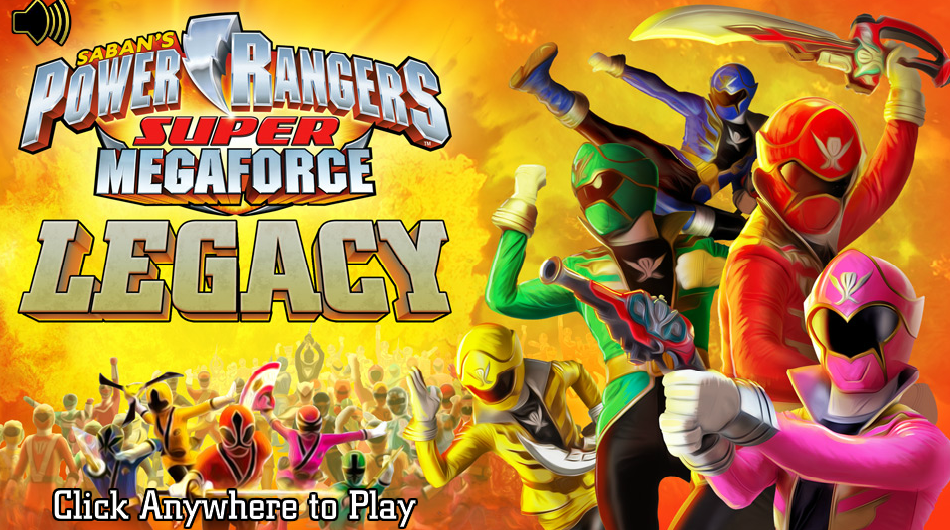 From my Power Force rep:
"Featuring the Power Rangers Super Megaforce for the first time, these five Rangers will suit up to fight the forces of Prince Vekar. The Rangers must cut through hordes of X-Borgs and their bigger counterparts, Bruisers, on 3 challenging levels, each with its own unique setting and super powered boss. The game also features all-new Legendary Moves where the Power Rangers Super Megaforce can power up and temporarily morph into iconic Rangers from the past, unleashing their Legendary powers."
This game looks awesome, it is just like the award winning Power Rangers Super Samurai Game that was great and it has Ranger Keys you can unlock and it looks like you will be able to play like the other rangers later on as well. Also Jake and Emma both have Blasters, which sound like real guns. It still gas some bugs like falling X-Borgs or X-Borgs getting stuck but that is common. 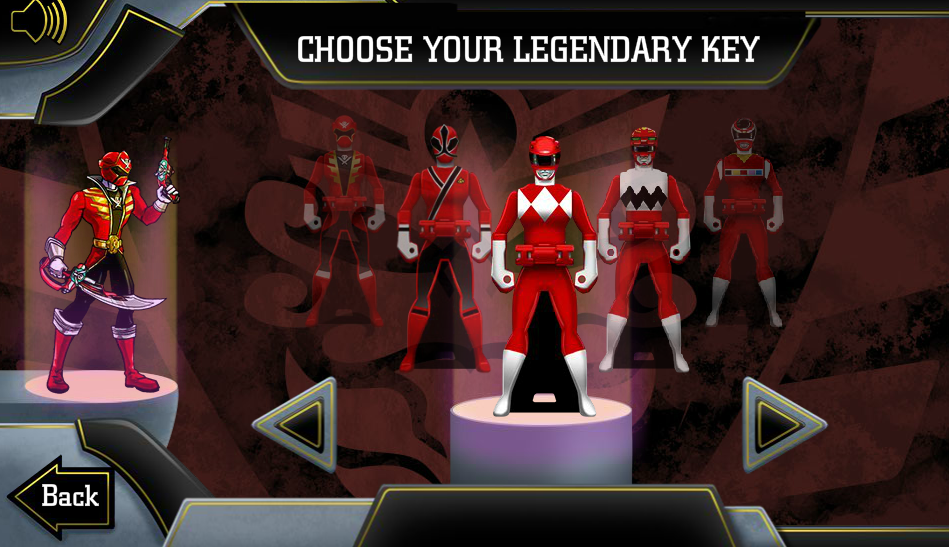 In the last week of March, they added the MMPR Keys. There was some bugs but finally it was fixed by the first week of April. This week they added Lost Galaxy and In Space. They have great graphics when you call an attack. For In Space, they have a technological graphic like the In Space morphing sequence. Lost Galaxy has their individual coins and powers (wind, etc.). Samurai has their Power Symbols and MMPR has the Dinosaur symbol. 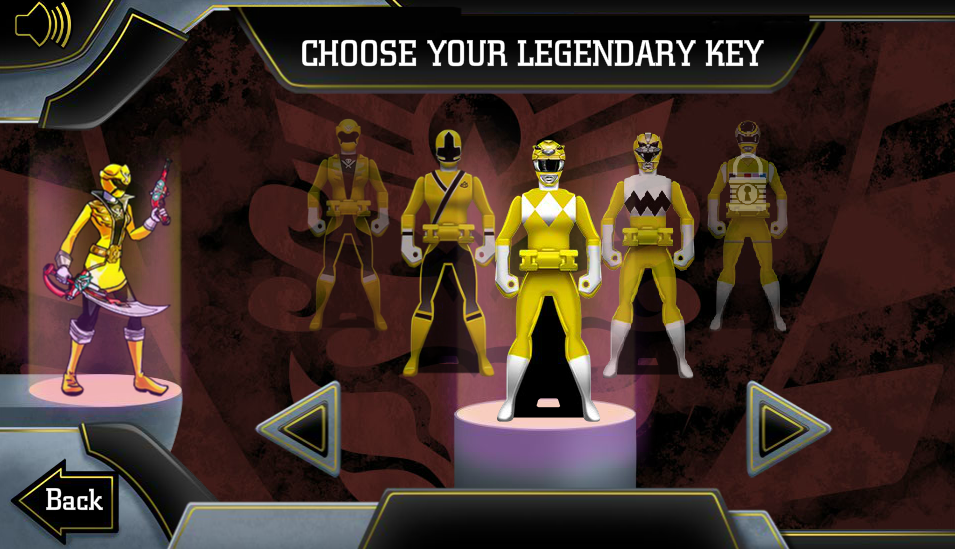 Yellow keys. You can play as Samurai. Yellow's skirt on the key for Samurai is incorrect on the bottom. Only the Space Key has a skirt. The MMPR, Lost Galaxy and Space keys are more drawn than the more CGI looking ones of Samurai and Super Megaforce. When the attacks happen, MMPR and Lost Galaxy have skirts, all the Yellow Rangers have skirts. 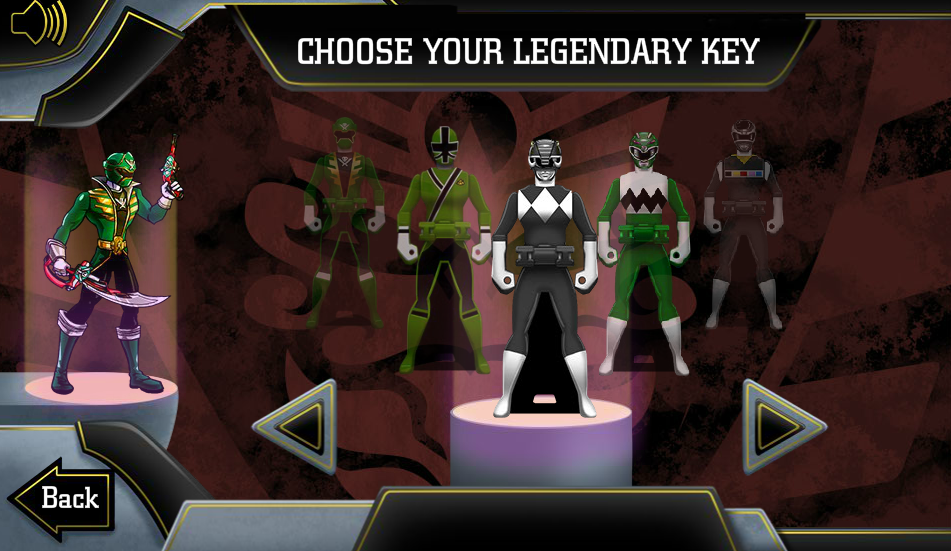 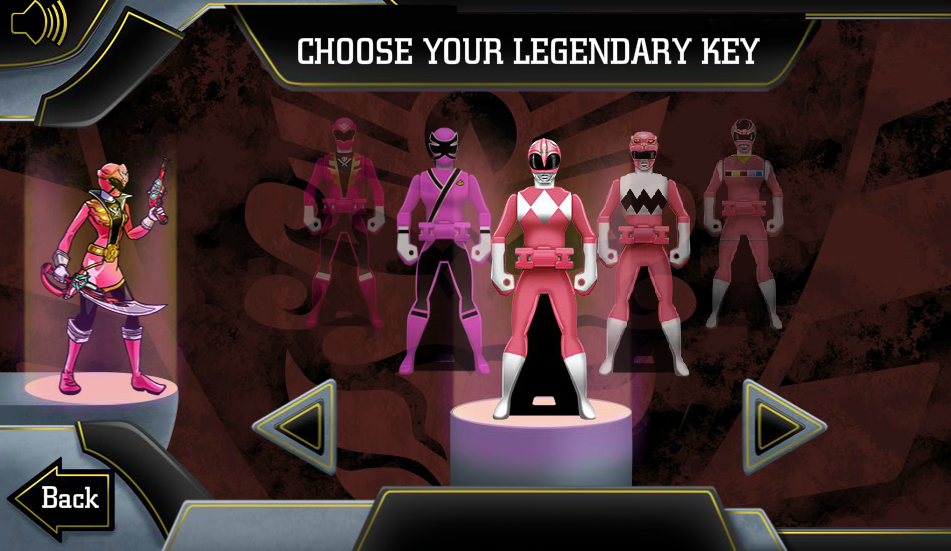 Super Megaforce, Samurai and the other keys all have different shades of Pink even though on the show they don't. Only Pink Space key has a skirt. The Pink Samurai Key is incorrect on the bottom. 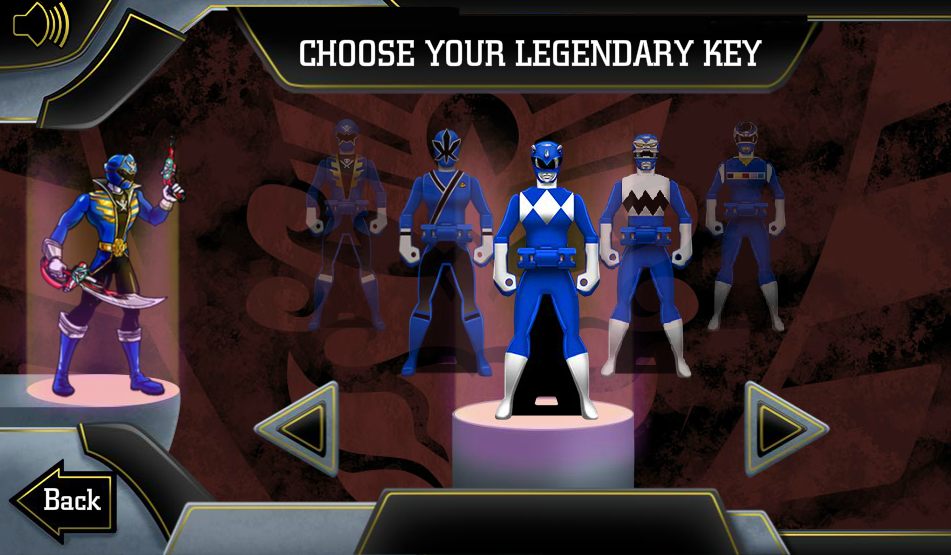 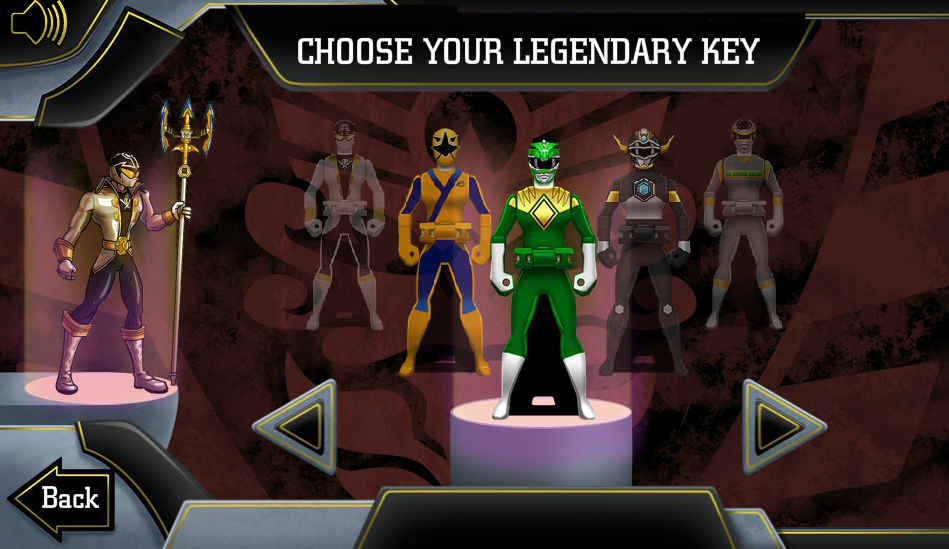 Orion's Keys (Super Megaforce Silver, Gold Samurai, Mighty Morphin Green, Magna Defender and Silver Space). Magna Defender is not a button on Gokai Silver's Gokai Cellular/Orion's morpher but Gai Ikari did become Magna Defender with his changer regardless that the button was not there.
http://www.nick.com/games/power-rangers-super-megaforce-legacy.html
﻿
Posted by Lavender Ranger at 7:50 PM