Thank you to PRUploads of YouTube for uploading the episode. 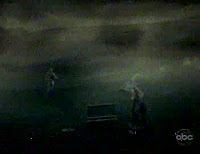 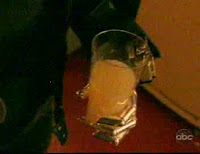 The twins fix a Grinder out in the wasteland. It wakes up and they tell it to 'go home.' They parade. Dillon comes own the stairs, saying good morning, saying he feels great. He looks own at his hand and it is robotic. It is a nightmare and wakes up. Meanwhile, Kilobyte has a new device. Venjix has called her, he has a new Attackbot (Chirakasonne) Venjix tells Kilobyte to stay still, saying being part human is needed to fight humans. Black comes down the stairs, in same sceanrio as the nightmare and Summer deduces it was a nightmare. K finds the twins in her lab, they did a homing program, they show her that it is heading home. She says they are brilliant. There is a breach, Venjix, Crunch, Tenaya and the new bot are in Corinth. The 7 Rangers face him. They gasp at his new body. 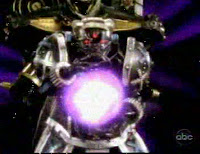 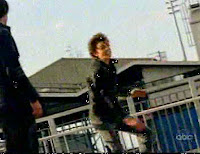 The new bot eats the Ranger's energy and throws it back. Black tells Green to stop, he has a headache, and then says he is okay but is clearly not. He takes down the bot. The 7 form their blasters. The new bot absorbs the attack and throws it back. They all de-morph. They fall back. After the commercials, the Rangers return to the lab. K says the bot disturbed the bio fields. She can repair them for a bit but they has destroy the bot. K notices something wrong with Black, he says he is okay and leaves. The twins say the Grinder must be lost, going in circles. Black and Ziggy are outside, Black says there is no point--the virus will get him. Ziggy says he will take him by force to get the scan (to tell if the virus is worse)--showing off new moves, making him laugh and they go. They get attacked by the new bot, morph & battle. 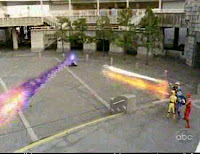 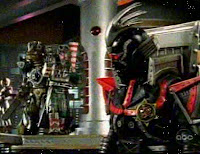 They use their blaster, when the others arrive. The bot absorbs it, the others attack the rebounce and Black and Green go down but so does the bot. Venjix does the download and the bot grows. Ziggy is take Black to K. High Octane and Mach fight the bot, who creates a twister. He splits the zords apart and the others fall out. Black and Green form their Megazord. K reconfigured it somehow and it blasts at the bot, overfeeding it and destroying it. After the commercials, yet another new bot (Kettei Banki) has been made. Kilobyte's device to activate the hybrids. He is invisible to Venjix, as he leaves with Tenaya. Kilobyte says he is almost absolute. He says he needs to rpove himself. K does a scan on Dillon. The virus has reached more than half, 51%, that Venjix can take over his thoughts and actions. Scott says that it is not over. 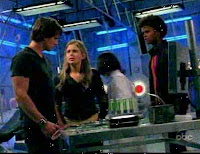 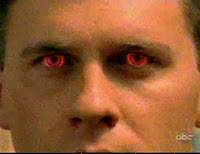 K has been working on an antidote, saying it is too dangerous, it could destroy him. She has to run more tests. Kilobyte activates his device, it goes into Hicks. Scott fights his dad about Dillon, saying to attack Venjix. Hicks shoots at Truman, they realize the urgency. K says Hicks is a hybrid and that he is 53% under control. She has made a scan and that Hybrids are everywhere in Venjix, that a magnetic wave would be sent. Truman says he wouldn't listen before, Scott says they ahve to do this together, Truman says they will go with his plan, he will take the lead. Scott has a plan. Everyone smiles. Scott says it is the real deal, find the palace--they found it thanks to the grinder. 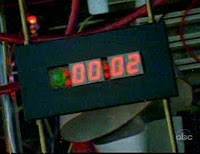 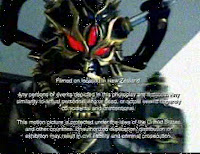 Venjix is upset with Kilobyte for activating Hicks and throws him down and tells him to get out of his sight. Kilobyte leaves. Venjix is for attacking, sending the new bot and Crunch. Tenaya gets the case from "Run Ziggy Run." Venjix tells Tenaya to destroy Kilobyte as soon as they get control of the city. Kilobyte overhears this. In Corinth, Tenaya dumps a soldier and opens the case, activating something. It is like a bomb, with a countdown. After the commercials, shields are on maximize power. The bomb goes off, a massive magnetic wave is sent. Everything shuts own. The Hybrids have been activated. The cars don't work. Dillon starts loosing control in his car, Ziggy is next to Dillon. Vasquez is a Hybrid too and points her gun at Colonel Truman. Grinders come in and Venjix, Venjix says he works for him now.

Episode Review:
Very good, sort of rushed, but not much advancement, it's more of the same. Bascially, it is slowly moving to the final end game. As for Hicks and Vasquez being Hybrids... what a twist! Great ending though! Can't wait until next week!


Thank you to PRUploads at YouTube, I didn't upload this:

Posted by Lavender Ranger at 5:31 AM

thanks. I wrote this at 5 in the morning.

Um...in 'Endgame' who is Ziggy next too?

Great episode. Just poor uploading on both episodes. Wish you still did the uploading as both episodes 29 and 30 had huge problems with volume and cut offs in the audio overall.