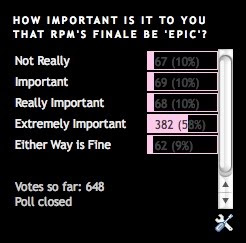 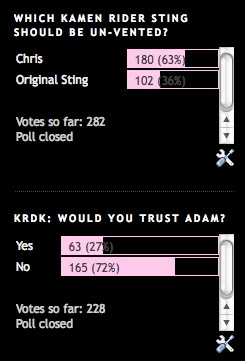 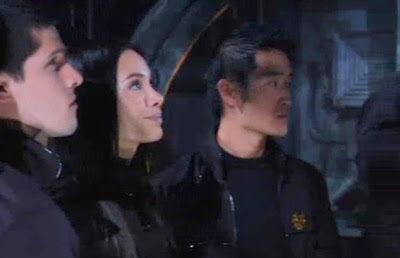 Which Kamen Rider Sting should be un-Vented?
Chris - 180 of 282 (64%)
Original Sting - 102 (36%)
In the 39th episode "For Ventara and Earth II," the Original Sting was freed to fight but for the last episode ("A Dragon's tale"), Maya reveals through a monologue that Chris was un-vented along with the other Earth Riders, erased his memory of being a Kamen Rider and Eubulon fixed his asthma--making him able to join the marines. 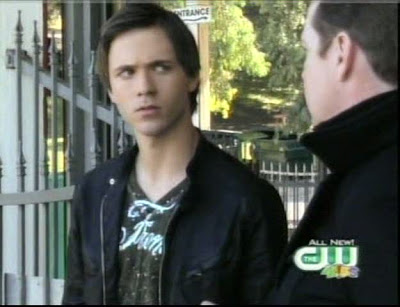 Posted by Lavender Ranger at 12:40 PM