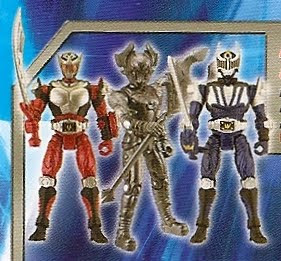 I got the Kamen Rider Dragon Knight video game for the Wii, and in the back of the booklet it has pictures of the wave 1 toys, except for the Xaviax toy & the new Strike Cycle, which was said to be released with wave 2. But now with news that the CW4Kids has canceled the series, if Bandai America will release the second wave is unknown. The pic I originally had here was blurry, I finally got my scanner working. 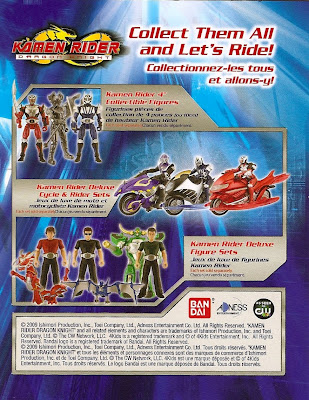