In honor of Mother's Day, I am covering the children of evil mothers in both Power Rangers and Super Sentai. 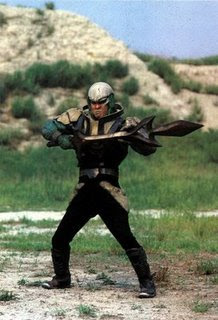 Commander Baraba
Maskman's Commander Baraba sees his mother (played by Soga Machiko) get killed in episode 30 and he gets the Royal Underground Sword. 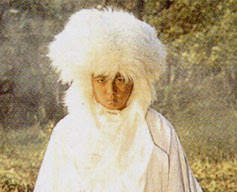 Kai
Kai was killed by a dinosaur and it led to Bandora wanting revenge on dinosaurs and being a witch. Dai Satan brought his ghost back. It is rumored he was to be named Bubba for MMPR when they were originally going to end the first season with "Doomsday." 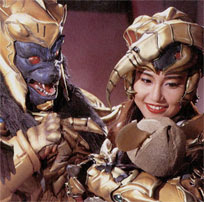 Lami's Son
He just born and then trapped with his parents in a dumpster, he had a human face. That's it.

Prince Sprocket / Buldont
Buldont was very loyal to his mom and had a close relationship with Hysteria. Machina looked after Sprocket. 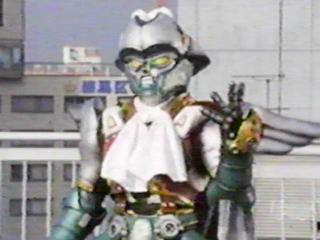 Kaiser Buldont / Prince Gasket
Kaiser Buldont and Buldont were the same person, but Prince Gasket was the first born of two. There wasn't much interaction between Gasket and his mom Machina, but Hysteria had a close relationship with her dear Buldont. 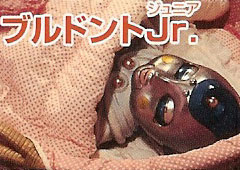 Buldont Jr.
Buldont and Princess Multiwa's son, Acha, Kocha, and Ganmajin raised him after the death of his parents. His grandma risked her life for him.

Zylpheeza
Zylpheeza deeply loves his brothers and sister, he was sinister and killed by GoGoV. He was revived but killed by his brother Salamandes. Eldest son by Grandienne and lately discovered to be the second born.

Cobolda
He was Grandienne's son in GoGoV but Loki wasn't her son. He tried to take it over after Zylpheeza's death but was overpowered by Salamandes. He was killed by his brother Zylpheeza. He was loyal to his mommy.

Salamandes / Olympius
Drop/Impus was Grandienne/Bansheera's infant son. When they grew up, they both tried betraying their mothers, were sent to hell and then resurrected as puppets. 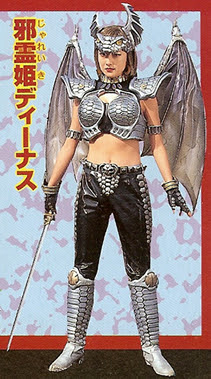 Venus
She was Grandienne's only daughter. She sacrificed her own life force to resurrect Zylpheeza in episode 47. 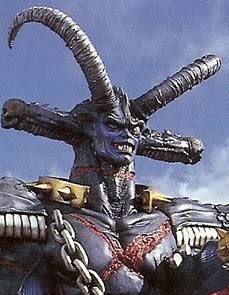 King Gil
While just used as Triskull for the Lost Galaxy/Lightspeed teamup, King Gil was the eldest of Grandienne, she says he tried overthrowing her so Pierre dropped him down a well to hell. He appears in the GoGoV vs. Gingaman teamup. He was a bad son because he tried killing his own mother! 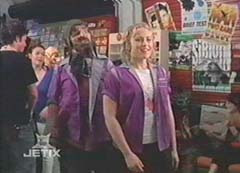 LeeLee
Daughter of Necrolai, the queen of the vampires. Like any teenage daughter, she tried making her mother happy and she also rebelled and hung out with the enemy. In the end, they both went to the good side, thanks to the daughter. 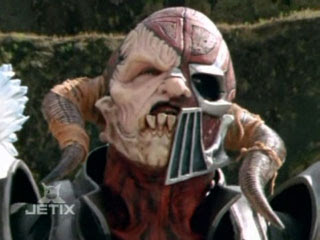 Thrax
Rita and Zedd's son, he was ashamed that his parents became good. He was destroyed by the Power Rangers.

Posted by Lavender Ranger at 8:03 PM