Going to high school, making a paycheck and saving the world, all before bedtime.. oh, wait, that's another show. Anyhoo, here is a list of what jobs the Rangers had before or during their tenure as Rangers. Why didn't evil interrupt their work and they lost their jobs was addressed a couple of times but was just miraculous. 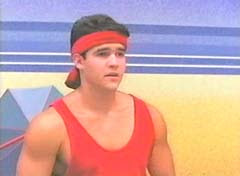 Martial Arts Teacher - Jason
Jason was a martial arts teacher, so was Zack, Rocky, and Adam. He had this job as he was a Ranger, maybe it was volunteer. 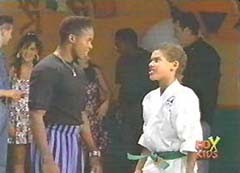 Martial Arts Teacher - Zack
Zack was a martial arts teacher, so was Jason, Rocky, and Adam. He had this job as he was a Ranger, maybe it was volunteer.

Dance Teacher - Kimberly
She had this job when she was a Ranger, maybe it was volunteer. Her and Aisha were also volunteers at the humane society, a shelter for animals. 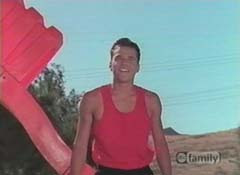 Lifeguard - Rocky
Rocky was a lifeguard in MMPR and occasionally was a martial arts teacher to kids. He had this job as he was a Ranger, maybe it was volunteer. 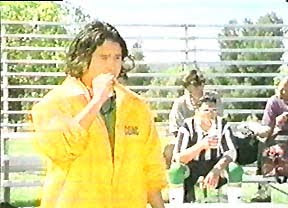 Soccer Coach / Stunt Double / Dojo Owner - Adam
Adam had many jobs. In Turbo, he was a soccer coach and a stunt double at an amusement park. In PROO, it was revealed he owned a dojo in Angel Grove. I think he was also a martial arts teacher, not sure. He had these jobs when he was a Ranger. 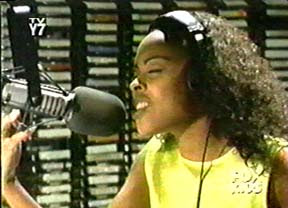 Radio DJ - Tanya
In Zeo, she showed off singing talent. In Turbo, she got a job at KAGV Radio. She had this job as a Ranger. We are to believe she continued that when she gave her powers to Ashley. 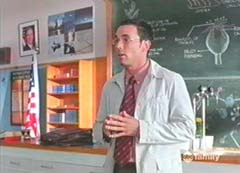 Professor - Tommy Oliver
Tommy, who actually seldom was a martial arts teacher, he became a professor and high school teacher. He had this job as a Ranger. 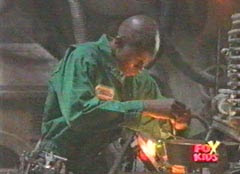 Engineer/Mechanic - Damon
Astro Megaship's mechanic, did various fixing for Terra Venture. He continued this job during his time as a Ranger. 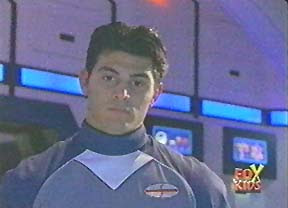 Solider - Mike
One of the higher ups in the main center of Terra Venture. He continued this job as he was Magna Defender. 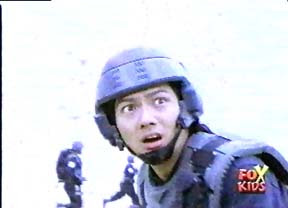 Solider - Kai
One of the higher ups in the main center of Terra Venture. He continued this job during his time as a Ranger. 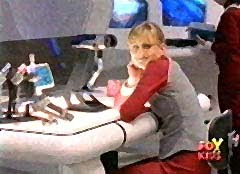 Scientist - Kendrix
Government scientist. She continued this job during her time as a Ranger. 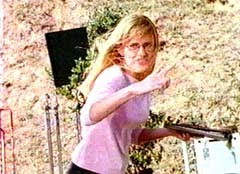 Movie Star - Kendrix
Kendrix took the place of a movie star that looked just like her. She did it when she was a Ranger. 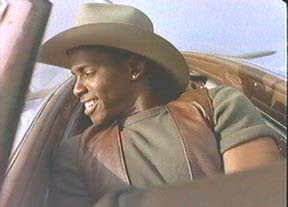 Pilot - Joel
Pilot, trick cowboy pilot before he was a Ranger. I am unsure if he still had the job afterwards, in Time Force, he was shown to be going out on a honeymoon with Ms. Fairweather. 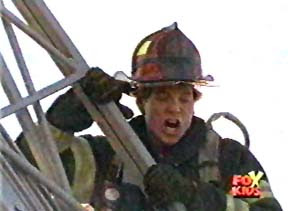 Firefighter - Carter
He had this job before becoming a Ranger, continued afterwards. 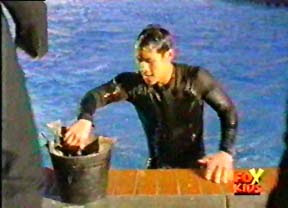 Whale Trainer / Lifeguard - Chad
He was a whale trainer before he was a Ranger and afterwards he was a lifeguard, evident by Time Force teamup. 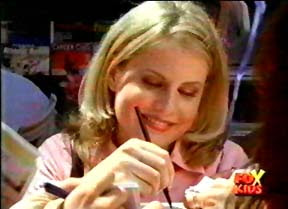 Model - Dana
During her time as a Ranger, she had a job as a model for one ep. 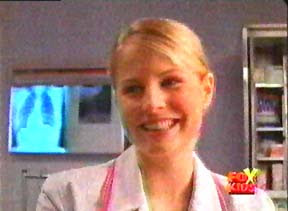 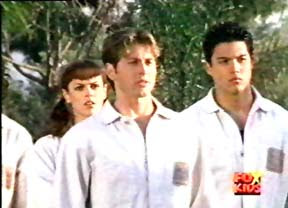 City Guardians - Eric and Wes
The Silver Guardians protected Silver Hills from mutants and then just handed out traffic tickets.

Teacher - Alyssa
She became an Elementary school teacher, after she was a Ranger.

Air Force Pilot - Taylor
Taylor was with the air force before and after she was a Ranger.

Merrick - Bar Job
I dunno what exactly what Merrick's job was at Willie's place, once I saw him chopping wood.

Intern / Rockstar - Kira
She got an internship at the Funky Fisherman Show. She got it while she was a Ranger. In SPD, it was said she was a famous pop star/singer. 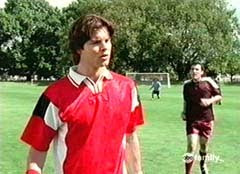 Soccer Camp Owner - Conner
In SPD, it was revealed that he owned a lot of soccer camps. 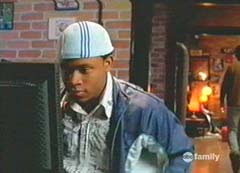 Computer Programmer - Ethan
In SPD, it was revealed he was responsible for for writing software programs for various companies, even SPD.

Stuntman - Dax
Self explanatory. Before and during and after as a Ranger. 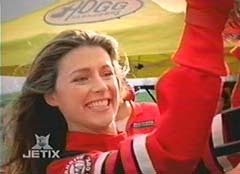 Race Car Driver - Ronny
Self explanatory. Before and after being a Ranger. 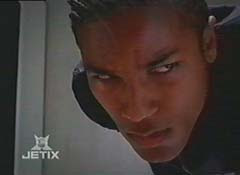 Hired Spy - Will
Before and during and after as a Ranger.

University Teacher - Rose
Rose worked at the university and Mack once visited her in a class. This was when she wasn't a Ranger.

Rescuer - Tyzonn
He was part of a Rescue team before he was a Ranger. 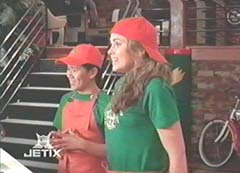 Government Pilot - Scott
Before and After he was a Ranger.

Various - Flynn
Before being a Ranger, he was a cop, firefighter, peace corp and mechanic. Afterwards, he was in charge of the computers. 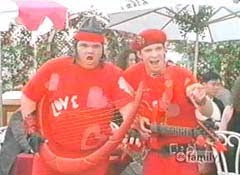 Singing Telegram
In the end of the first season, Bulk & Skull sang telegrams.

Police Officers
This lasted from Season 3 of MMPR, part of Zeo, the Turbo Movie and the first episode of Turbo until they were turned into monkeys. Fans didn't like that they became caps because that was the opposite of who they were, but I thought it was nice progression. 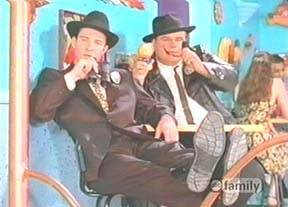 Detectives
Bulk tried wooing the daughter of the police boss and got Stone fired. They quit and joined Stone being private detectives in Zeo. It some how it was abandoned by the Turbo movie. 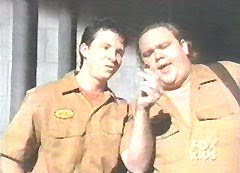 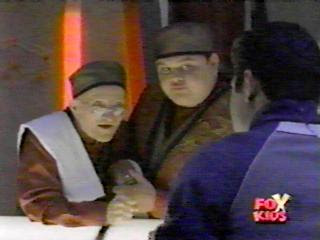 Space Station Bartender
Don't got the pic but he worked at the Comet Cafe.

Most Pictures From This Site
Posted by Lavender Ranger at 8:46 PM

what is that other show you talked about

I need more info to answer your question

Tommy made a terrible Professor for Paleontology. I saw that Epi with him doing it. I don't remember what exactly he said, but it made me facepalm. I think it was calling Apatosaurus Brontosaurus and refering to the cretaceous as jurassic...

This post has a few errors, mostly in sexism. Firsly, Dana became a doctor, not a nurse, and the tendency to regulate her position downward is just rude. Secondly, Rose was a teacher, not a "Smarty pants" and even if someone on the show called her than in jest, the person writing this article doesn't mention any of those other "jest" comments. It should be changed, because none of the men are refered to by derogatory terms for something otherwise posititve.