Power Coins avaliable through figures, but where is the morpher? 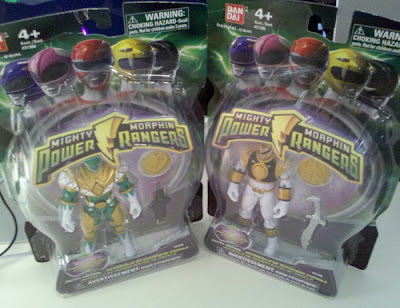 So it has now been confirmed (maybe a month ago through the other Fall figures), that the only way to get all the Power Coins is to buy the figures. The Ninja coins are apparently available with the armored Fall line figures. This picture above is from the Bandai America Twitter account, it is of White and Green, both with their power coins. Green (with 'super armor') has the Dragon coin and White has his White Tiger coin--the correct one, not the one we got in 1994. The one we got in 1994 was the tiger from the Dairanger jewels, but we wanted the one on his chest and that's what is available now. 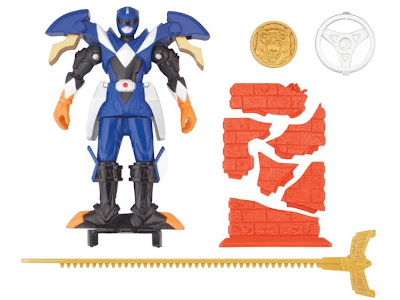 Like this one above, the armored figures come with one Ninja Power Coin. This Blue one (Spin Action Blue Ranger) comes with the Bear.

Lightening bolt : Red Cycle Accelerator
Different Lightening Bolt : Power Up Red Ranger
So apparently all we are missing is the Falcon Ninja Coin and the five Dino Coins (which we did see in the Toy Fair pictures). 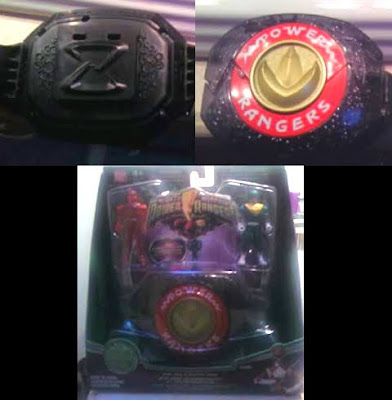 But were do they go??!!! Some suspect this morpher above but it is the Mix and Morph Base and the Dragon coin is not removable. 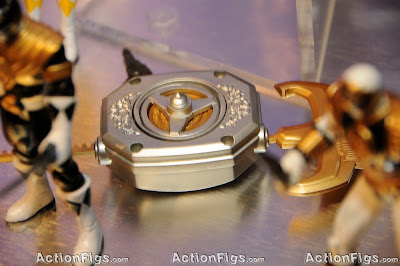 But in the toy fair, they showed this morpher spinner, with a gold key with a string that pulls, so I guess they will be releasing this soon. Hopefully this morpher will come with the main 5 Dino coins. It would have been better if they released the Dino coins with the first six Rangers they came out with last Christmas.

UPDATED 6/20/10 7:30AM EST
The ORIGINAL White power coin came with the White Tigerzord and 8" White Ranger: 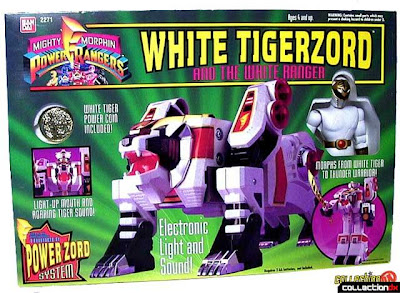 And the coin was recreated in platinum with the movie 5.5" White Ranger figure. 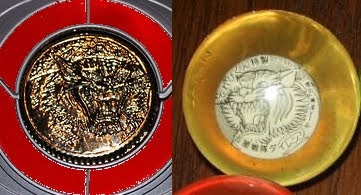 The original toy power coin, next to the toy lailai jewel. See, they flipped the images. I think what happened was that maybe Bandai America wanted the coin to look like the other Dino coins that they were animals. But fans wanted more the image that was on his vest. Kibaranger didn't have a coin, just the jewel.
Posted by Lavender Ranger at 5:32 PM

What?! Is the Blue Ranger wearing a dress? I hope Bandai knows that children aren't buying these anymore. At least wait until the movie to star blanking out the rangers!

...ARE children buying these things?

It's funny, they don't want to make female toys but they five Blue a skirt. Hilarious.

Nah, he is not a girl. Or a Crossdresser. Billy is secretly scottish!

Billy paved a way for another future Blue who wore a kilt... :)

Lavender Ranger, what power coin was in the original White Ranger morpher? Do you have a picture of it somewhere?