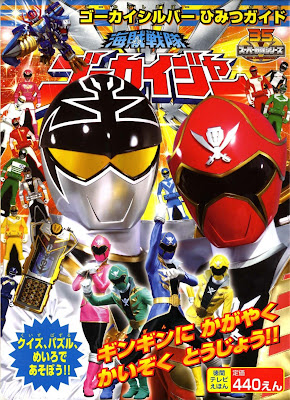 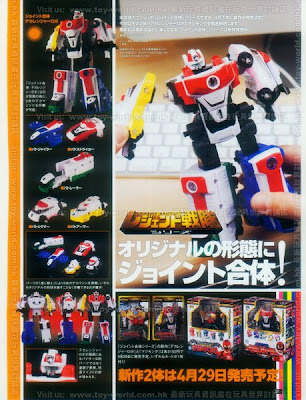 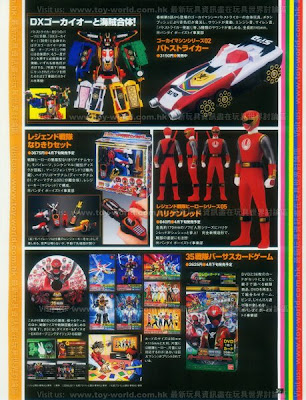 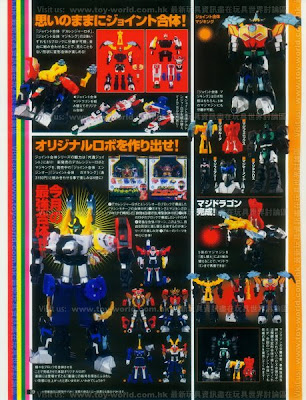 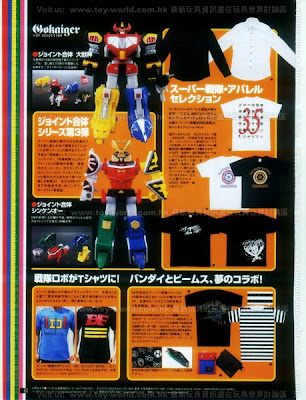 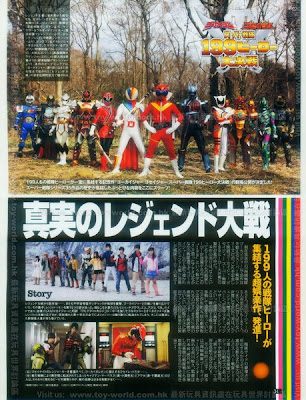 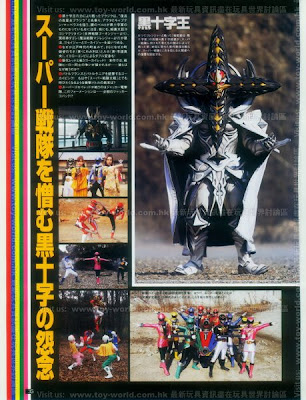 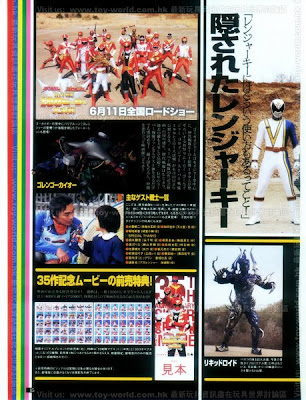 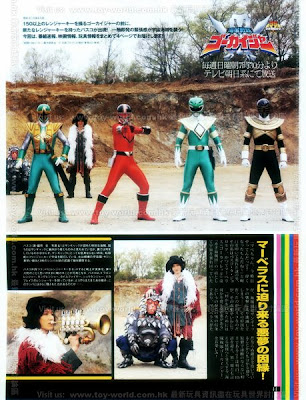 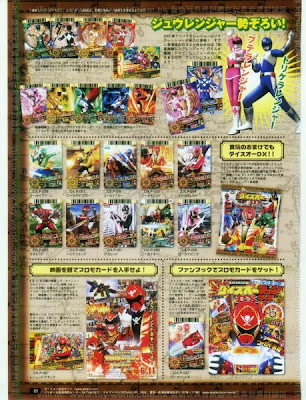 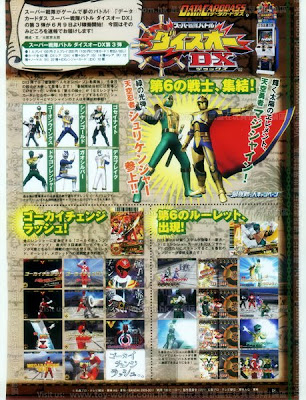 Above scans from this site. 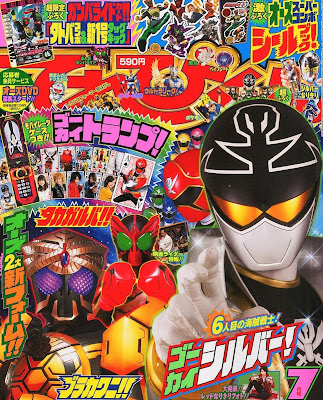 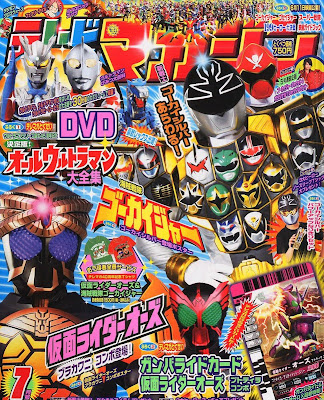 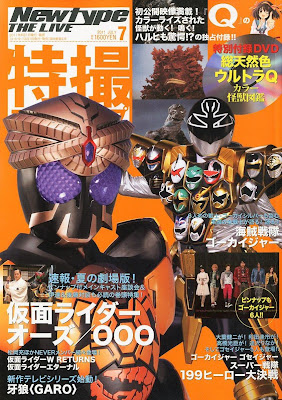 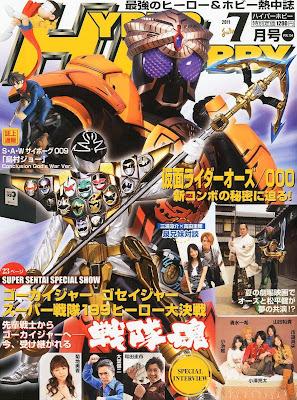 NewType the Live and Hyper Hobby 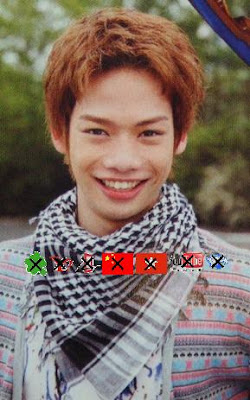 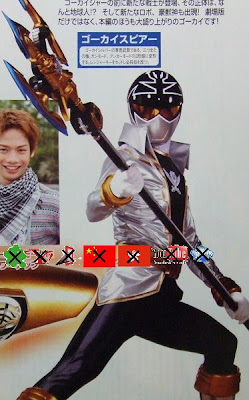 Info from DecaEnd (translated from the magazine):
After hearing Navi's treasure navigation, the crew heads out and meets the earthling, Gai Ikari. Gai Ikari says that no one loves Super Sentai as much as he does. One day, Gai saved a child from a traffic accident. Only to end up with a serious injury, on the verge of death. Gai arrives at a world that is not exactly a dream or real, there he meets DragonRanger, AbareKiller and TimeFire. They give him the GokaiCellular and the Ranger Keys along with their great power. He wants to join the Gokaigers, but Marvelous won't acknowledge him that easily. Will the Super Sentai loving boy become a Super Sentai!? 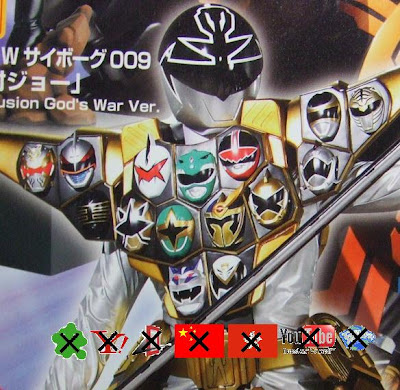 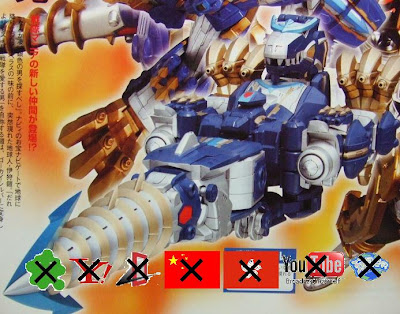 From the Timeranger's great powers, he received a time traveling vehicle. 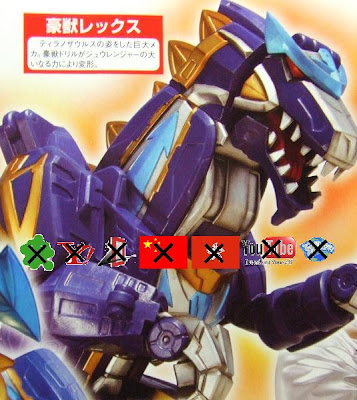 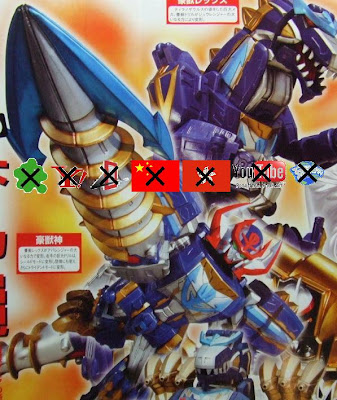 Rampage was written in katakana as abare, just like how it was in Abaranger. By the great powers of Abaranger, he's able to combine them into the GoJyuJin. 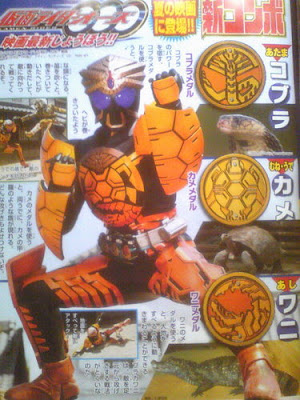 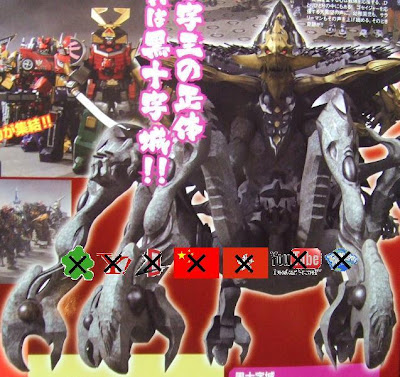 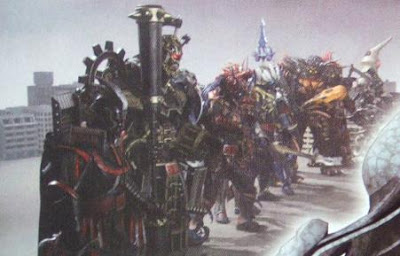 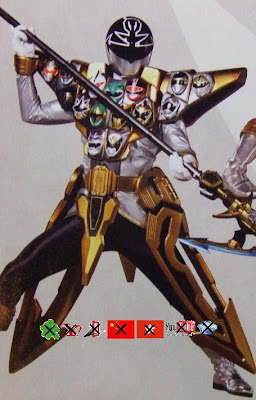 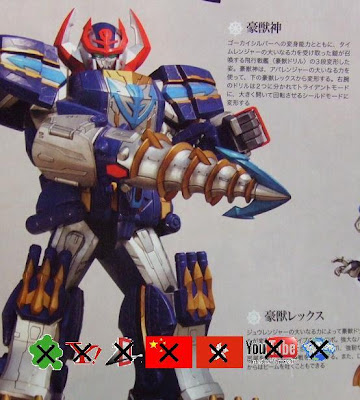 Posted by Lavender Ranger at 11:16 AM

Reptile combo, as I foresaw. I would have made it purple as homage to Ojah, but the dinos were already purple.