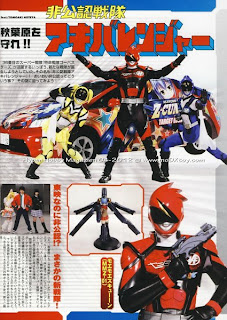 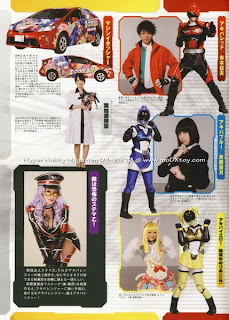 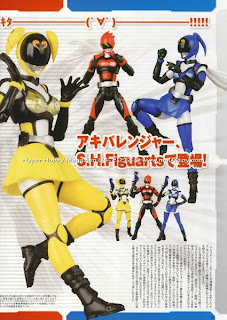 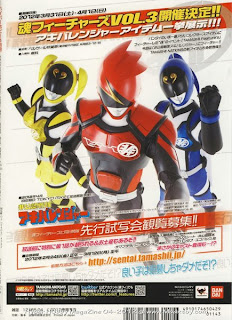 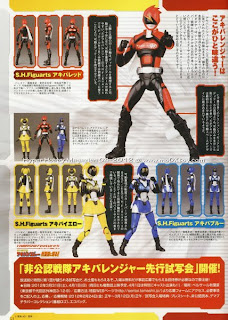 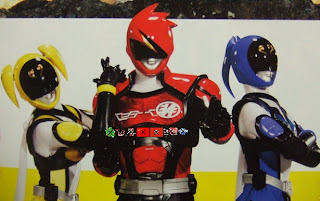 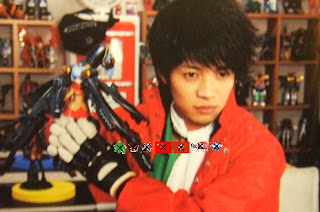 I can see MagiMother, OhBlocker and Galaxy Mega in the background, they seem to have mecha and toys in the shelves.

His phase: "Dekaranger nara Banban Osshu!" (If it's Dekaranger, Let's BanBan!)
Ban/DekaRed is returning for a cameo too, the link might disappear:
http://www.youtube.com/watch?v=g5NFqIptfoM

Akagi Nobuo:
A man who works for the Sasaki Ponpoko Delivery Service. At 29 years old, he is almost an "Oji-san"; it's a rather delicate age. A Serious Sentai Otaku; when it comes to Super Sentai Knowledge, he is unmatched. Exceeding in "MosouChikara" (Delusion Power), he is made the leader of the Akibaranger. Because he is a bike messenger, he is useless in battle. Recently, he's been getting hooked on a new Anime called "Nijiyome Gakuen Zukyuuuun Aoi". 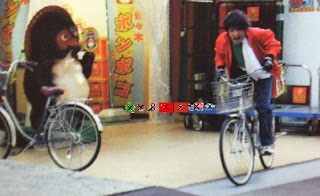 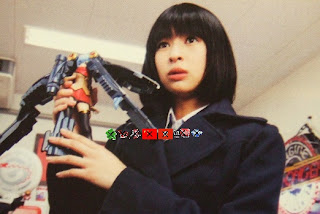 Aoyagi Mizuki:
While a cool high school student, she is also trained in mixed martial arts. She decides to join the Akibaranger to help her excel in the world of sports and surpass competition. Has an unyielding character and uses harsh language; she is especially merciless with Nobuo. Despite her lack of sensitivity, she is actually in love with the Aoi anime. When posing and introducing themselves, she's often reluctant. When it comes to being an otaku, she is nowhere near the level that Red and Yellow are. 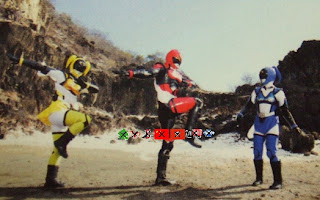 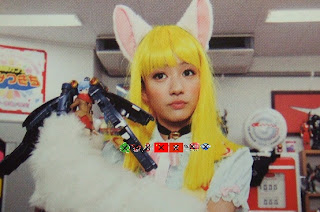 Moegi Yumeria (Cosplay Name):
A cosplay girl. Likes Super Sentai and the new Aoi anime. Although she looks really young, she is actually 23, and a "clear member of society."Although she is dressed as a cat, she does change her costume, and likewise, her character. Although not quite at the level of Akagi, she is also quite knowledgeable about Super Sentai. She also has a certain affection towards women. 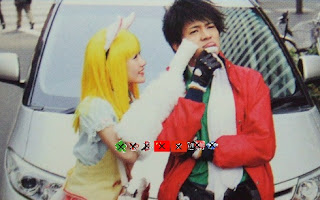 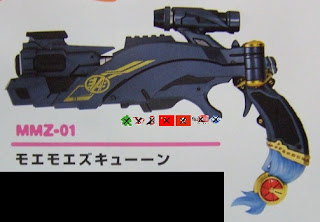 MMZ-01 MoeMoe Zukyuuun
A Henshin Figure that transforms the 3 into Akibaranger! After transformation, it becomes a gun for the Akibaranger! Also acts as a communication device with with Hiroya Hakase. The Akibaranger's finishing move is the "MoeMagnum" where all 3 fire the Zykyuuun. 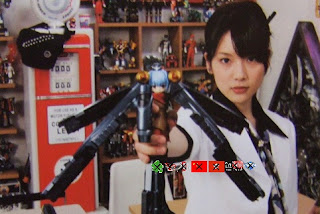 Hiroya Hakase:
Developed the MMZ-01. Store Manager of the Sentai Cafe "Himitsu Kichi" in Akihabara. Why did she develop the MMZ-01? Who is she really? Although she seems bad, she is merely full of mysteries. 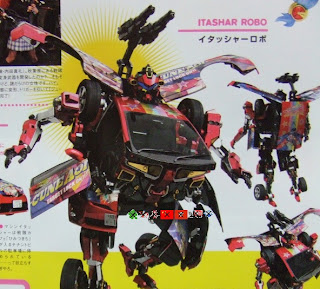 Itashaa Robo:
A robot transformed from the Machine Itashaa (named by Nobuo), achieved through "Hikounin Henshin". Since it transforms from a normal car, its' size is nowhere near that of the official Super Sentai bots. To control the robot, a large portion of MosouChikara is needed. When not in use, Itashaa is parked in the Tenant Building that houses the Himitsu Kichi. 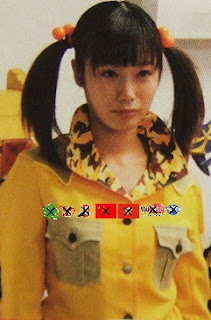 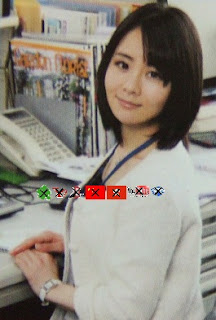 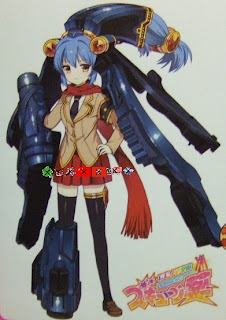 Redevelopment Division Manager Marshuuna:
Female manager of the Jyadan Houjin. Disguises herself as a leader of the Akihabara community. 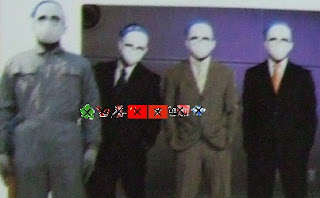 Hirashain Shachiiku:
The Jyadan's combatants. They shout "Norm" and "Zangyou!" inviting sadness. Their lower clothes change to fit the jobs they are doing, their heads are always the same. 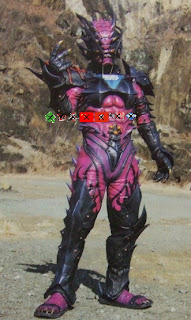 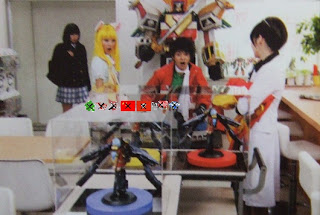 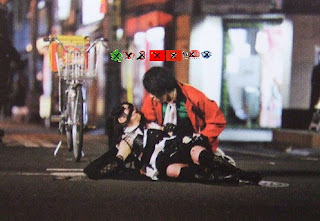 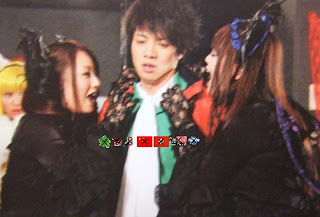 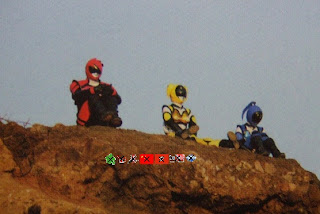 Posted by Lavender Ranger at 1:38 PM

That's actually the Gingaioh behind them. Galaxy Mega is the Astro Megazord.

thanks. my brain is fried.