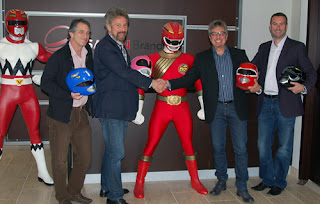 This posted this on their Power Rangers Facebook, Sabans Power Rangers on Youtube and  Power Rangers News on Twitter:
We are excited to announce that Shout! Factory will be releasing classic episodes and seasons of Power Rangers on DVD starting this year, most of them previously unavailable on home entertainment shelves! Get ready to relive those awesome moments from your past, check out episodes you may have missed, share your love for the show with a new generation of fans, and stay tuned for more info!

We are excited to announce that @ShoutFactory will be releasing classic episodes and seasons of #PowerRangers on DVD starting this year!

Shout! Factory has released My Little Pony: The Power of Friendship and Transformers Prime, which are the newest incarnations of those franchises. As for older shows, they have released Captain N, Rocko's Modern Life, Reboot, Puca, Dinosaur King, Ahh! Real Monsters, G.I.Joe and Jem. They are also releasing Tennessee Tuxedo on DVD, which was highlighted on Entertainment Weekly magazine. I didn't like what they did for the Jem complete series box set because the quality was bad but maybe they will do better because judging by the quality from Netflix and Powerrangers.com, the quality is good. 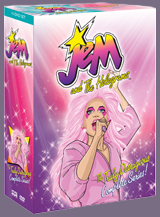 The multi-year alliance provides Shout! Factory with exclusive home entertainment packaged media (DVD/Blu-ray) and select digital rights to Saban Brands’ extensive catalog of properties including more than 700 episodes of Power Rangers (1993- 2009), 92 episodes of VR Troopers, 26 episodes of Ninja Turtles: The Next Mutation, and 88 episodes of Beetleborgs for home entertainment releases and digital distribution across select entertainment platforms in North America. 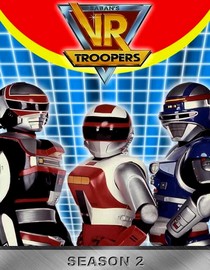 “We are incredibly excited about this new relationship with Saban Brands. Power Rangers continues to stand as a global pop culture phenomenon to this day. We look forward to bringing these highly entertaining series with great packaging and extras to fans and on family home entertainment shelves,” state Shout! Factory’s founding partners in a joint statement. “Our partnership with Shout! Factory is important and exciting news for our fans. Shout! Factory will provide unequaled access to archived content from Saban Brands,” said Elie Dekel, President of Saban Brands. “Fans can enjoy past episodes they haven’t seen, relive some of the exciting entertainment in these episodes, or even share them with a new generation of fans.”
http://www.deadline.com/2012/03/power-rangers-owner-saban-brands-sets-home-entertainment-pact-with-shout-factory/

The deal reportedly does NOT include the current incarnation of the show, Power Rangers Samurai, nor does it include the theatrical films spun off from the program (Mighty Morphin' Power Rangers: The Movie and Turbo: A Power Rangers Movie, whose rights have been retained all along by Fox Home Entertainment).  he HMM story by John Latchem reports that the "Initial rollout plans for the Saban are slated to begin in summer 2012, according to Shout! Factory, with single-season sets to start and potentially complete-series sets in the future."
Taken from: http://www.tvshowsondvd.com/news/Mighty-Morphin-Power-Rangers-DVDs-Planned/16646#ixzz1owji2TGm
Posted by Lavender Ranger at 6:50 PM

As a designer I'm quite eager to see what the box packaging of such a set will look like.

I like that Bob Emer is holding a Pink Ranger helmet!

Awesome news. I will very likely get any MMPR set on it's release day and possibly other season sets too. I am curious as to why Samurai isn't included. My best guess is that Nickelodeon probably wants the series that's undeniably theirs so, hopefully it'll be equal to Shout's. I can see the movies never entering consideration, but I can understand how the movies didn't get transferred to Disney since they own the rest.

I love the picture. It was extremely classy to have a Power Ranger included. Seriously, any of them would've been great. It would've been cool if that Ranger was a VR Trooper or Beetleborg, but I also get Saban's thinking: people are only talking about this because of Power Rangers. :D

Jonathan, most likely Shout! will release them in a different order than Nicktoons but I wouldn't put it passed them to release Jungle Fury and Dino Thunder first. I would love them to do it in order. Or at least MMPR first and then random.