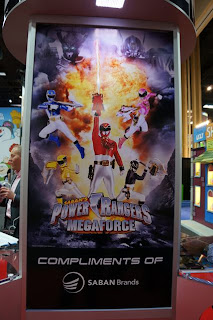 Fury Diamond of RangerCrew (also Samuraicast.com, RangerCrew blog, RangerCrew forum and RangerCrew twitter) is attending the International Licensing Expo and had an interview with Saban Brands representatives. Here are some highlights...

Fans
What Fury Diamond refers to as 'Super Fans,' Saban Brands says there will be a wide variety of events and surprises next year. New info will be coming soon.

4Kids
Like mentioned yesterday, Ira Mayer tweeted that Saban Brands is acquired the 4Kids Cartoon Block. "This fall, Saban Brands plans to show one to two Power Rangers episodes every Saturday during the 4Kids block." Most likely this will be past seasons. 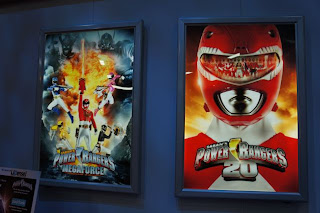 Check out RangerCrew's pictures of the Expo at Samuraicast.com
http://www.samuraicast.com/gallery/thumbnails.php?album=453&page=1
Posted by Lavender Ranger at 5:58 PM