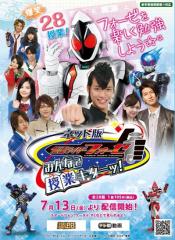 Kamen Rider Fourze the Movie: Everyone, Space Is Here! is the main theatrical release for Kamen Rider Fourze, set to be released on August 4, 2012, alongside the film for Tokumei Sentai Go-Busters. The film features the evil Kyodain siblings composed of the older brother Grandain and the younger sister Skydain, which are based on the heroes of Space Ironmen Kyodain. 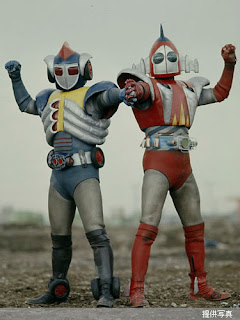 Space Ironmen Kyodain was produced as a joint effort between manga artist Shotaro Ishinomori and Toei Company producer Hirayama Tôru. It premiered in 1976 and ran for 48 episodes. Actors Yūsuke Natsu and Takeshi Sasaki (who previously portrayed Hayato Ichimonji in Kamen Rider) starred as Skyzel and Grounzel respectively. The plot of the program involves an alien empire from the planet Dada called the Robot Army Corps. When they kidnap a human scientist and 2 of his 3 sons and force him to improve their technology, he has no choice but to go along with them, despite his deep anger, resentment, and guilt. 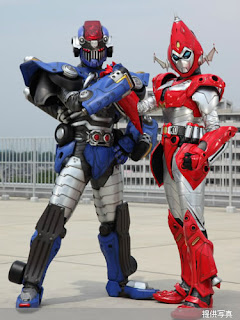 The film's main antagonists are the evil Space Ironmen who are Machine Organisms infused with Cosmic Energy created by the Alicia Federation. The Kyodain were the first two Space Ironmen created by the Alicia Federation who suddenly became activated and gained personalities of their own. Groundain is the blue car-like older brother of the Kyodain. He is armed with a powerful cannon built into his chest called the Grounbuster X. Groundain is an homage to Grounzel from Space Ironmen Kyodain. Skydain is the red jet-like younger sister of the Kyodain. She is armed with built-in blades in her arms. Skydain is an homage to Skyzel from Space Ironmen Kyodain. 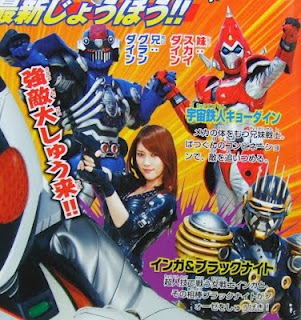 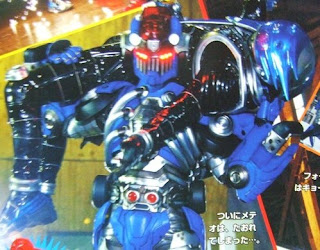 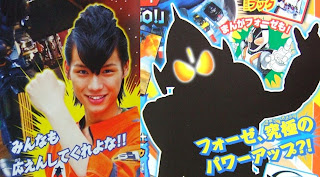 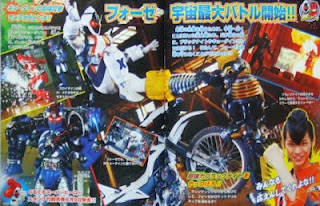 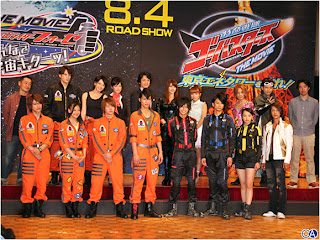 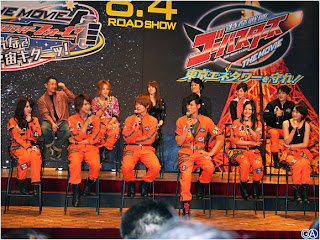 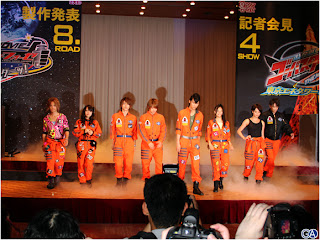 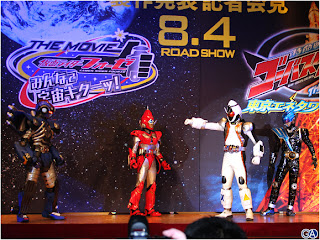 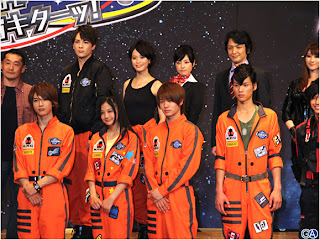 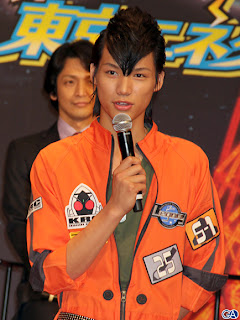 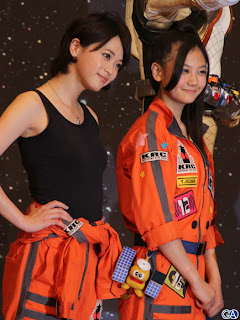 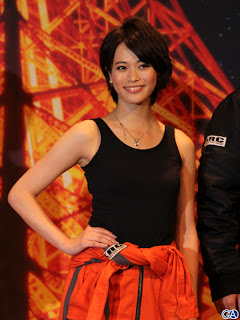 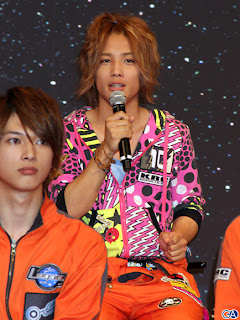 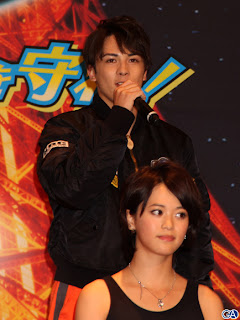 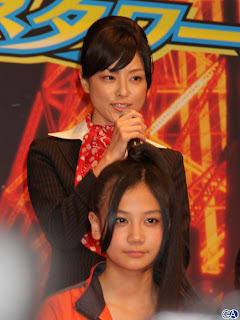 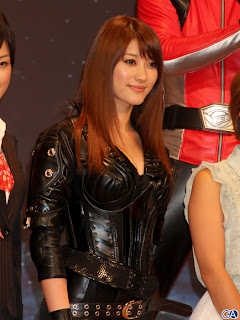 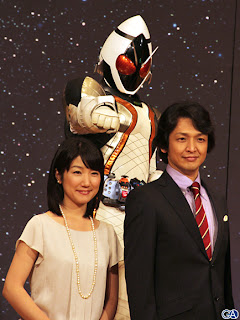 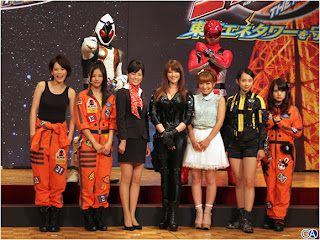 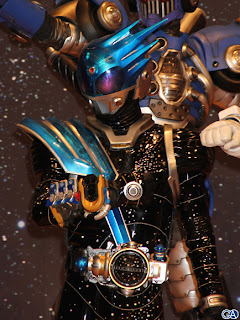 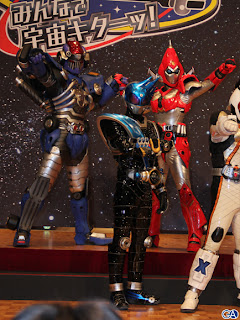 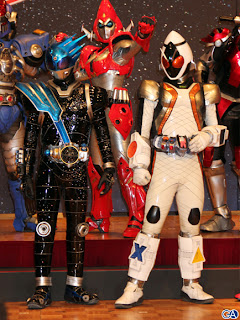 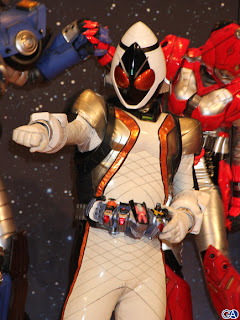 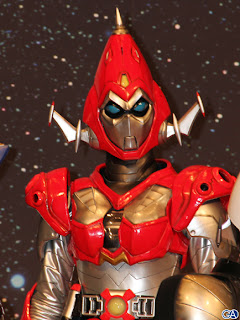 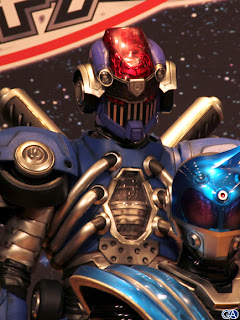 Posted by Lavender Ranger at 8:04 PM