Metal Hero Gavan to get own movie in October! 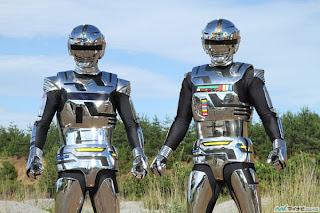 According to Nanbukogyo.jp, the film will be released on October 10, 2012! 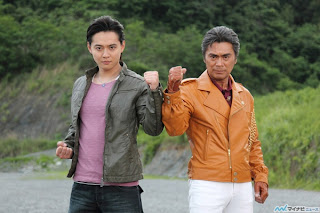 According to HJU, there has been rumors of Space Sheriff toys going on sale and sightings of a young actor wearing Kenji Ohbas costume being filmed. The rumors currently believe that Kenji will be passing down his powers to a new Gavan and this could lead to a revival of the Metal Hero series with regular film releases ala Kamen Rider Den-O films.
Posted by Lavender Ranger at 6:52 AM

Apparently, Suzuka Morita, who played ShinkenYellow, is in the film, and we see two Gavans side by side, similar to Kamen Rider Birth and the original Kamen Riders.