UPDATED 7/11/12
I thought I'd take stock of who is included in merchandise. Updated with a chart counting the toys, dolls, plushes and Mega Bloks figures of individual Rangers. 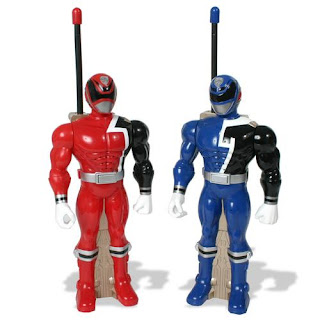 The most obvious choice is the Red Ranger, he is included in everything through every season and sometimes by himself. The main three colors that get most in merchandise is Red, Blue and Pink. If there is no Pink, it's Yellow. Yellow is barely in merchandise, because most of time Yellow is female even though in Power Rangers, Red, Blue and Yellow are the most common colors. When it comes to T-Shirts, Halloween Costumes and Birthday stuff, it is more common to see Red and Blue together. In rare case where Blue is female, male Yellow takes his place like in Ninja Storm or Green in Mystic Force. Most of the time in clothing or any other promo, the third boy color gets shafted. For example, for Samurai there is more Red and Blue merch than Green. Green Samurai was absent in McDonald toys, Birthday products, early Mega Masks (he is getting one soon) and Halloween of 2011. And the Sixth Ranger, coming in late, is rarely in merchandise. Rare cases include the original White Ranger, Silver Ranger, Magna Defender, Quantum Ranger and Omega Ranger. Most of the time they are in time for the Halloween costume but not for anything like clothing or birthday stuff. As for the toys, I have mentioned before that the boys get more cyles and battlizers and different toys. But for some reason, Red and Blue get more than Green or Black. 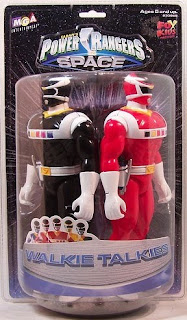 Walkie Talkies
The charts are screwed up that you can't see the last part. I can't change it. 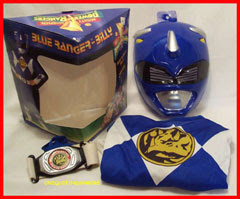 The numbers means how many costume versions of the individual ranger there are. 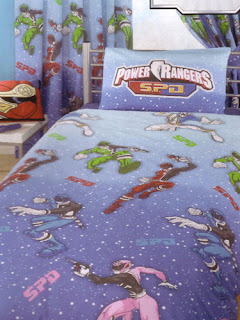 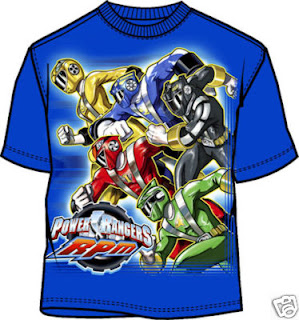 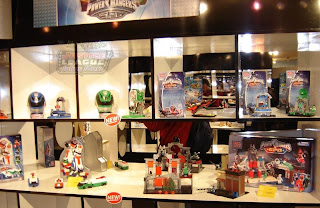 I counted not only Bandai toys but also dolls, plush figures, Mega Bloks (NS, DT, SPD, PRS), Micro Machines (MMPR) and Squinkies (Samurai). I might left one or two out that I was not aware of. But the majority are there. I am only counted figures or playsets with their helmets and masks. I am not counting zords and arsenal as many share the same. I also count figures if repackaged as a set or packaged with something else or a new gimmick (metallic).