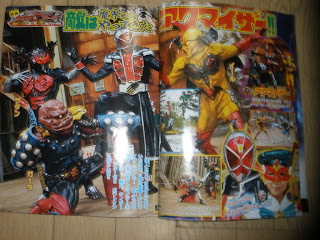 Wizard VS an evil Akumaizer 3. 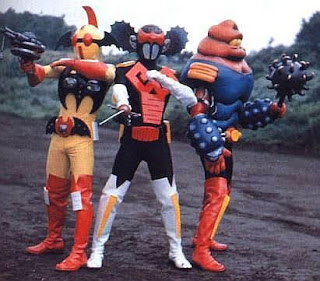 Akumaizer 3 was created by Shotaro Ishinomori and produced by Toei Company. The series ran for 38 episodes in 1975 on NET, now TV Asahi. The series remains obscure outside of Japan, but was popular and renowned in its home country. The series was followed by a sequel called Chojin Bibyun which used rejected designs from the Kamen Rider series as its hero designs. 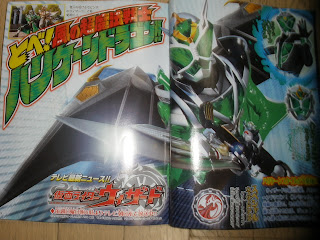 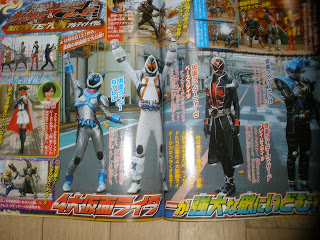 The riders gather, Poitrine and Akumaizer! 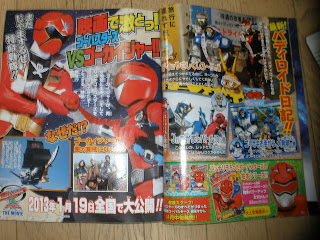 Go-Busters VS Gokaiger. There is an evil Gokaiger team in a Black Zangyack Galleon. Also, the Buddyroids on strike for some reason. 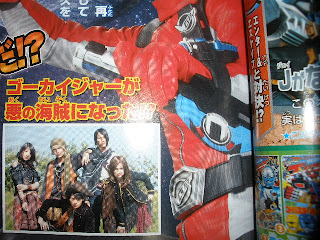 A close-up on the Gokaiger in evil form. 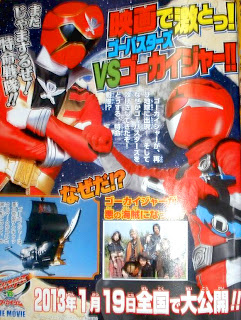 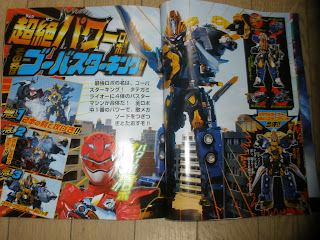 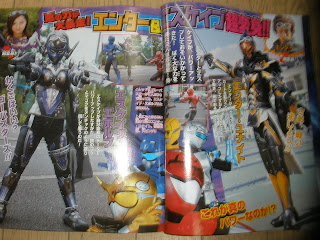 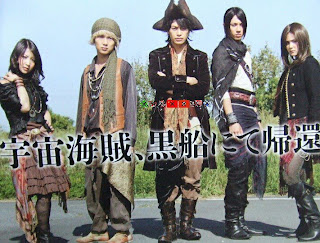 TOKUMEI SENTAI GO-BUSTERS VS KAIZOKU SENTAI GOKAIGER THE MOVIE: Release Date- 1/19/2013 Screenwrier- Shimoyama Kento (Wrote for Shinkenger Light Samurai Special, Goseiger, Gokaiger and Go-Busters. Specifically, he wrote Gosei VS Shinken) Director- Shibasaki Takayuki (Directed a whole bunch of Rider and Sentai episodes) Story: Those Space Pirates have returned to Earth. But...riding on a Black GokaiGalleon, what happened to them? Moreso, where is Ikari Gai?! The Go-Busters and Gokaiger are compelled into a head-on fight! Furthermore, UNEXPECTED CHARACTERS also participate in this war. Who could they be?
Posted by Lavender Ranger at 2:15 PM