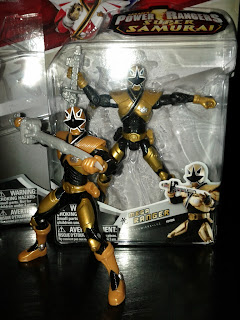 Toy enthusiasts are talking about the shade of Gold is different in new releases of the Gold Mega Mode and some of the regular Gold Ranger. Even in the Spin Sword, it has a shinier gold. This is probably because they ran out of that plastic or color. And probably because of the demand of toys. It has been 2 years and they are still making Mega mode figures (but it is hard to find Red, Blue and Green). 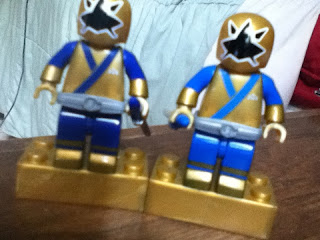 With the MegaBloks Series One Blind Packs, some people found that the Gold Ranger came in different shades. The blue was darker or lighter. I know that in the Hero Pack and Series 2 Battle Damaged figure, their Barracuda Blades are of different shades.

As for Bandai Japan, they have released more Ranger Keys in 2012 and some have noticed that the Gashapon versions of Pink Ranger Keys are of different shades. Miss America already came in a  different shade (lighter) and now keys like PteraRanger, Ginga Pink, MegaPink, GoPink and others are a bit more peach or red-ish. 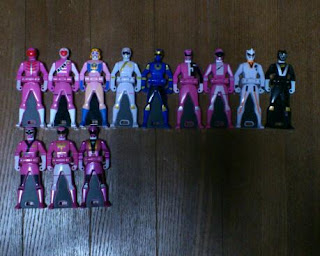 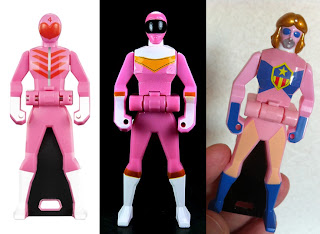