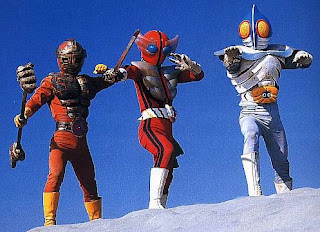 The series Akumaizer 3 was followed by a sequel called Chojin Bibyun which used rejected designs from the Kamen Rider series as its hero designs. At the end of the series, the heroes' bodies are destroyed, but their souls survive to be reincarnated in the direct sequel to the show, Choujin Bibyun. So unlike the first series, they had human forms. 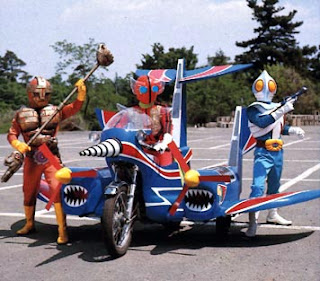 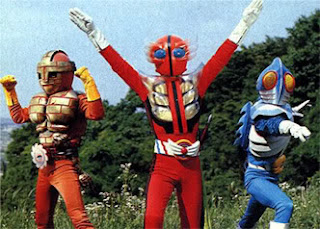 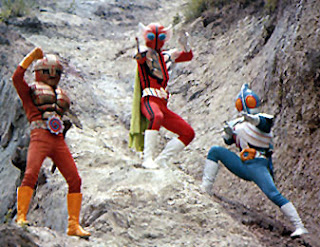 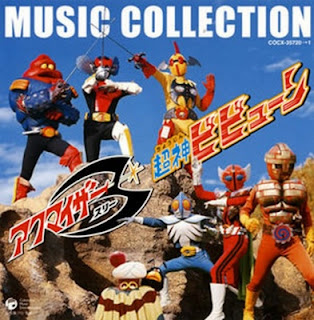 Posted by Lavender Ranger at 3:16 PM