UPDATED 4/13/13 9AM EST
Like I did with Super Sentai and Power Rangers, there are some storylines that repeat that become tropes sort of. Kamen Rider has some recurring themes and topics.

Multiple Users
There are different people that are one Rider, either one gets killed off and they don it or there are multiple versions of one henshin unit (like the RiotTroopers) or someone is given the henshin unit for one time. Kamen Rider 555 has more than five users (Kiyotaka Nishida, Yuji Kiba, Saya Kimura, Kyōsuke Tokumoto, Takahisa Shindō, Rina Abe), about four were in Kamen Rider TheBee (Sou Yaguruma, Shun Kageyama, Arata Kagami, and Masato Mishima), and Three Ixas (Yuri Aso, Megumi Aso, Kengo Eritate and the main guy). 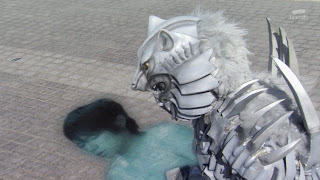 Hero is one of the Bad Guys
Not exactly one of the bad guys but they end up being half of what the villains are. Takumi Inui /Kamen Rider 555 turns out to be an Orphnoch,  Wateru/Kamen Rider Kiva in Decade was half-Fangire, and I think there were other Kamen Riders that were like that. 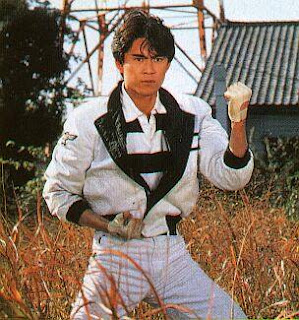 Hero should have been dead
This is the majority of the Showa era were the original Kamen Riders were at the brink of death or killed and made superpowered by some weird space rock.

The Tragic Anti-Hero or bad Rider dies
Ryuki has this in spades (Zolda, Knight, Ohja, Gai, Raia, etc.), Kabuto (TheBee, PunchHopper), and some in the movies of Faiz and Hibiki. Also not only riders but villains that redeem themselves and then die or sacrifice themselves.

what about others think that the hero is dangerous?

narutaki say decade will eventually destroy the world.
kiva is believed to be dangerous by ixa in the beginning
shin is being hunted by the CIA because they believe he is dangerous etc

No offense, but when you talked about multiple users in Kiva you were completely wrong. While it is true that there were instances of the same rider powers being used by more than one person there was actually only 1 Kiva. Below is a proper listing of the Kiva riders powers and the various people who used them:

There were also several other riders that were only ever used by one person so listing them would be superfluous with respect to this article. Like I said before no disrespect, but I don't want people who read this post to get misinformed.

*Note: Since the Ixa in 1986 was vastly inferior to the 2008 Ixa and the fact that Ixa got passed around like a hot potato people genrally list the 1986 users seperately from the 2008 users for the sake of brevity.

My bad, I meant Ixa.