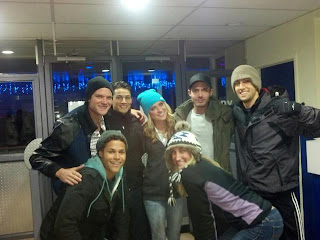 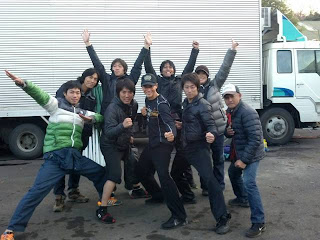 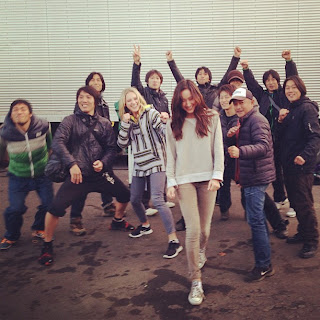 Ciara and Christina (Emma) with stuntmen 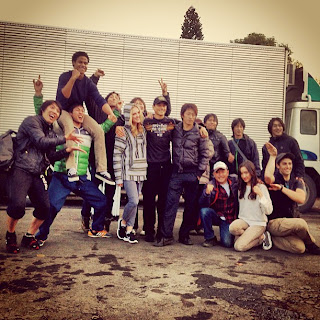 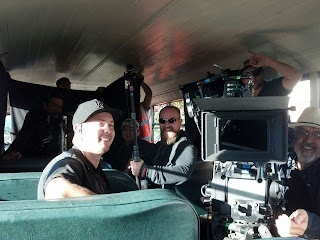 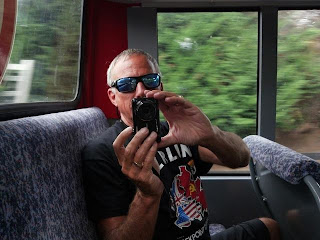 One minor spoiler-y pic next but nothing new 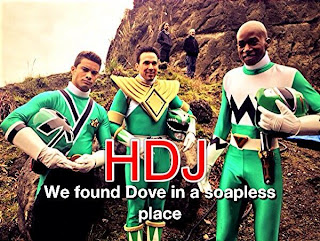 Hector David Jr. posted this as a parody to the Rhianna song "Our Love." He is with JDF and Reggie Rolle (Damon/Lost Galaxy) 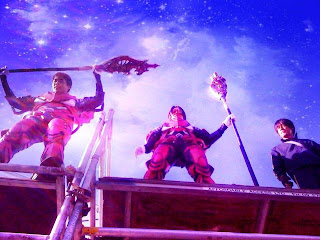 Stuntmen as Dogormin (the Red kind, third kind of grunts) 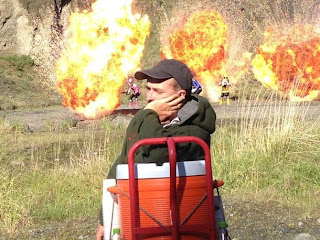 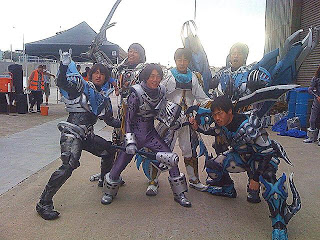 One stunt guy in grunt costume, three to upgraded grunts, one in Warz Gils (Vrak's brother) and one as Barizog (a Goldar-like general).
Posted by Lavender Ranger at 1:12 PM

Voice of RoboKnight? So he has a speaking role in SM?

He is also the
second unit assistant director for the show and
was previously with Power Rangers in Space,
Lost Galaxy, Lightspeed Rescue, Time Force
and Wild Force.