UPDATED 6/6/13 8PM EST
I thought I'd just make 10 of these spoiler threads because shooting has ended for Super Megaforce but more pics coming in.
I updated the 10th Spoilers one:
http://henshingrid.blogspot.com/2013/05/spoilers-super-megaforce-10-more.html
I updated 'Who is who is the Mega War'
http://henshingrid.blogspot.com/2013/05/who-is-who-in-super-mega-war.html
JDF posted videos of his trip with the 'Legendary Rangers'
http://www.youtube.com/watch?v=kTK8sjFvz24
The following pics are props and suits 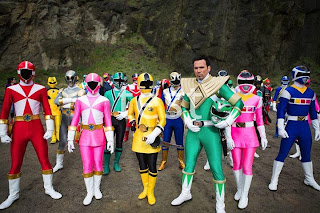 I already posted this pic but people thought I didn't, you have to check my updates. 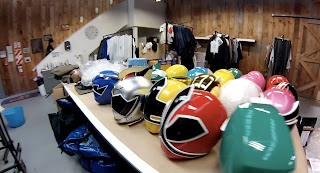 Everyone is excited about the Go-On Wings / RPM Ranger Silver and Gold Hybrid helmet, Also in the corner from Blue is the Grinder costume. 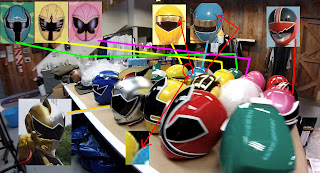 Spotted are Dino Blue, Samurai Gold, Pink, Green, Red and Yellow. Behind the Gold/Silver you see RPM Green and what I think is Aquitar Yellow and Blue. Then Mystic Yellow, Green and Pink. Then another Pink and Red. Then Quantum at the right side. In between Gold and Pink Samurai I think is a helmet wrapped in bubble wrap, so no idea what it could be. Looks white but I doubt its the color of the helmet. 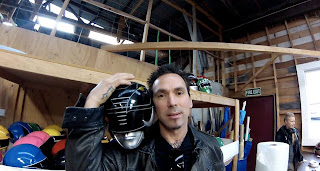 Here he is holding the Black Mighty Morphin Helmet. You can see Mighty Morphin Yellow, Blue and a Green helmet. Then Zeo Blue, 2 Zeo Pink, 2 Zeo Yellow and a Black and Red helmets. On top we see Time Force Red and Turbo Green. 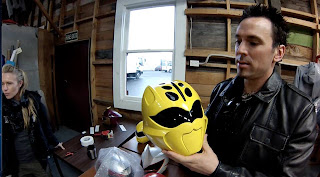 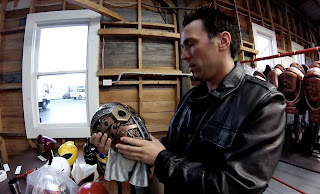 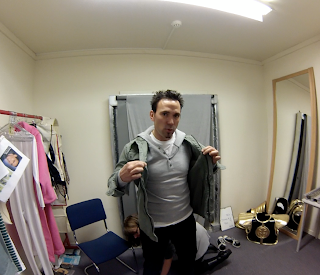 Tommy in costume I guess for the episode. White Ranger suit to the right, you can see the vest. 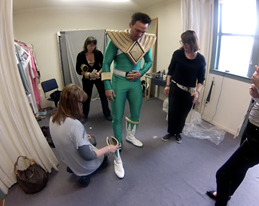 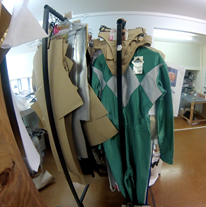 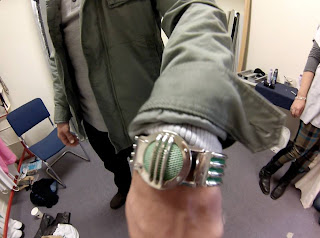 JDF with his green communicator in set offices. 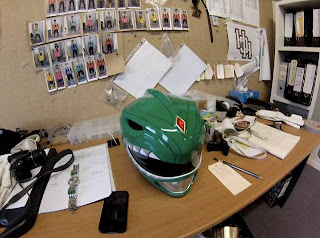 JDF's helmet (possible not the crew one) with camera and communicator and morpher. On the wall is pictures of stunt guys and the actual cast in the Super Megaforce (Gokaiger) suits. (You can see Gia's blonde hair, Emma's long hair and Noah's skin color.) 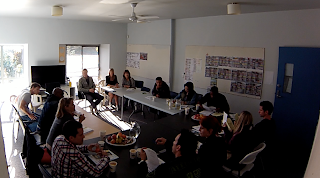 The veterans at the table read 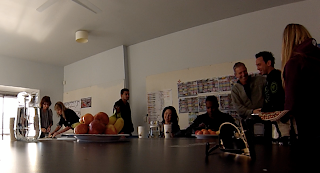 @BLRNerd brought to my attention the pictures on the wall. It looks like blown up pictures of the Mega War with side views of each Ranger like Mike and I have on Rangercentral.com and SuperSentai.com, for those who don't know, we got them from Japanese books so it is possible they got them from the same books. But it's hard to tell as they are small compared to the rest of the picture. It is good they at least making the effect to be organized. 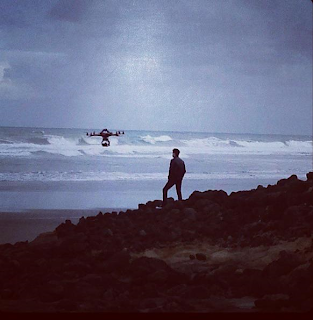 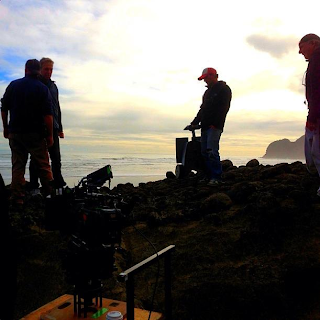