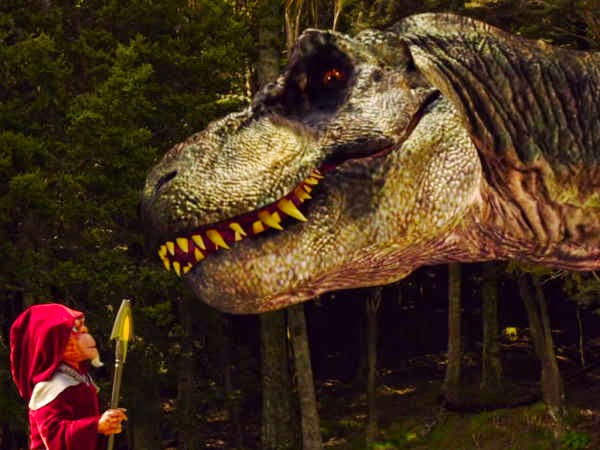 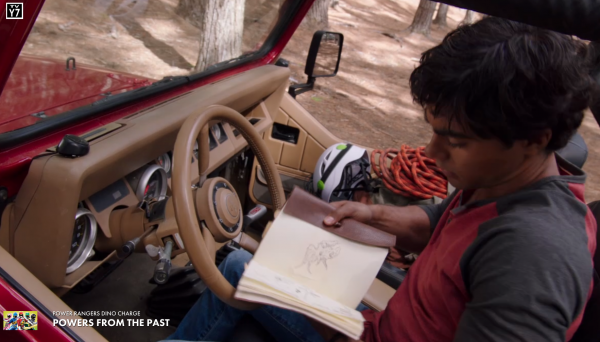 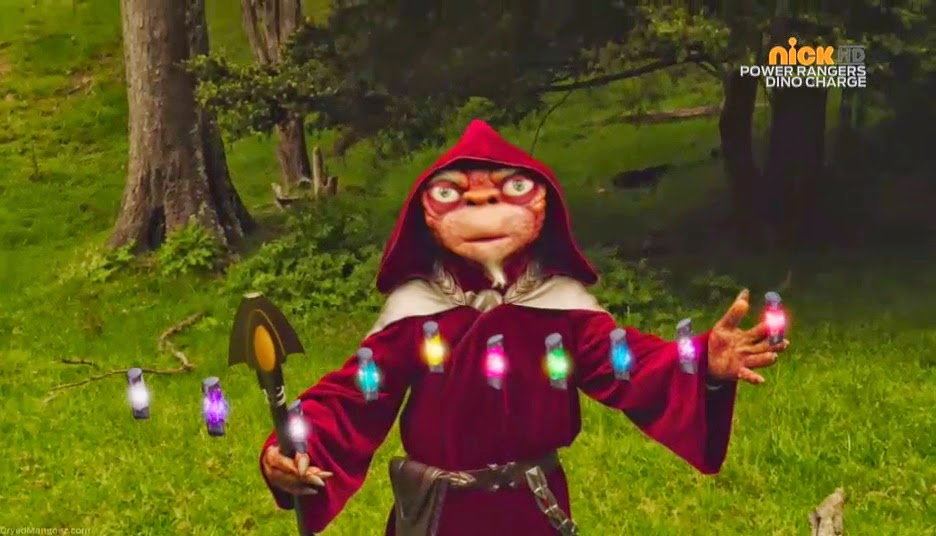 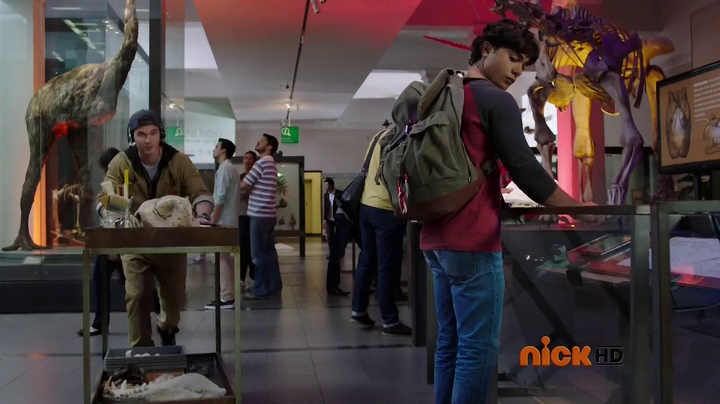 They did a bit but that was CGI. Also early descriptions said there was 12 Energems but we see Keeper with 10. I also like that the prelude was almost half the episode, good it wasn't rush. Some people were complaining about the dinosaurs but I think they look pretty good, I mean with a TV budget, it's fine. The CGI T-Rex Zord was a bit jarring as I am used to seeing the Kyoryuger puppet (it's not felt but I am calling it a puppet). It's too early to judge the Rangers themselves, but I didn't like Tyler's generic dialogue, I liked Shelby and Chase's better. Anyway a decent beginning, most people like it. See, Saban and Tzachor this is how it is done!
﻿
Posted by Lavender Ranger at 11:44 PM

I know it can't be like the Japanese show - but they kept most of the bad guy cast --- it all begs the question, why not Keep Torin, instead of this Mac and Me alien Keeper?!?

What do you think of Sledge and Keeper as a replacement of Chaos [or Deboth] and Torin? They both feel really out of place for a color-filled season and could still have provided a "Dino Charge" story without changing the suits.