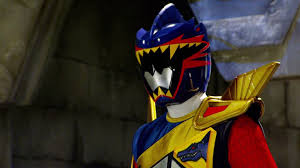 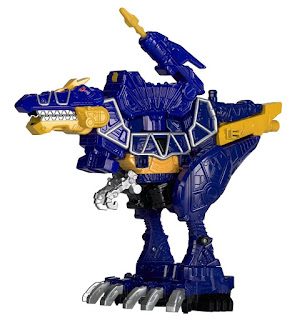 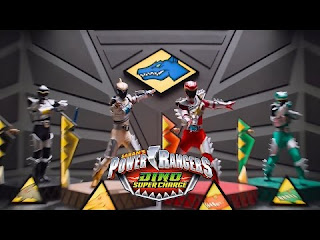 In Dino Supercharge
When the new episodes aired internationally, fans found out about we do see Spino Zord but not his ranger. Also we found out about the Dark Energem, giving ans hope that Heckyl would be Talon Ranger. So here is the spoiler if you haven't heard, Talon Ranger does not appear on Power Rangers Super Dinocharge. I think most likely because of footage. Fans say that shouldn't be an issue as Snide appears and his footage wasn't bought or used. Maybe they spent money buying the suit and couldn't buy the Deathryuger suit, Now, yes they have the Deathryuger monster form (Badussa) but he appeared on the show. Or it could be they overused the budget and couldn't afford the suit and cockpit, etc. I don't know, I'm coming up with reasons why he doesn't appear. Also fans would want the toy anyway, even if he doesn't appear. I mean, why give him a name if he won't appear? (But like I said before Greg says they were asked to put it in the toy morpher in case) He is one of the only Rangers to not appear in series but appear in Sentai but get a Power Rangers name. 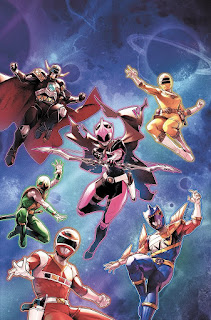 In upcoming 2018 Go Go Power Rangers issues, the MMPR team will now be Ranger Slayer, Magna Defender, Green Samurai Ranger, Red Space Ranger, Zeo Ranger II Yellow and Dark Ranger (using the Deathryuger suit). We do not know his identify as of yet but soon we will have answers....
Posted by Lavender Ranger at 1:02 PM