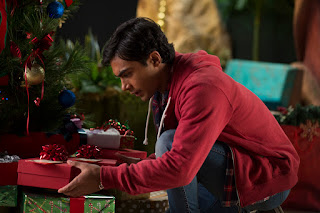 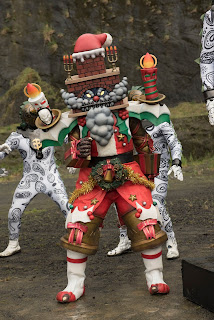 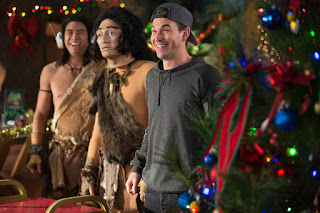 The Rangers morph and fight Heximas. Tyler manage to get Shelby and reminds her who she is. Heximas becomes big and is defeated by the zords. The Rangers later celebrate Christmas together. They get pies in their faces, some things don't ever change.
Review:
As delightful it was to see hot guys like Tyler, Koda, Chase and Riley act as evil elves, this episode is confusing as they could remember things that were re-written in their own history. So I assumed that Koda and Ivan would forget who they were once they went back in time. Apparently not. But they aren't in possession of the Energems. And wouldn't no more contact with the Energems make James normal. I think it would be weird if it happened. Saban has done a lot of holiday clip shows, Trick or Trickster had to be the most insulting and frustrating one and this one had to be the most confusing. Why did Heximas wait all those years to do his plan if he could have done it before the main give were born? I understand them still having their memories if they had the gems. But I guess the producers wanted them to keep their memories. I would enjoy this episode if it wasn't riddled with what fans have complained about the two seasons: plot, the inconsistency of energems, lack of backstory and huge plot holes. ﻿
Posted by Lavender Ranger at 9:11 PM