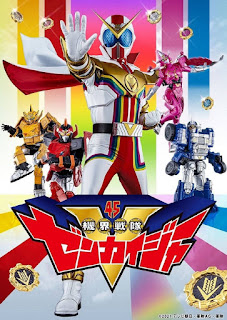 Images of the leader of the 2021 series Kikai Sentai Zenkaiger have been revealed as wekll as the other four members. It is not yet known if it is their Ranger forms. The other four are mecha that will grow big and combine, their face sand motifs are based on old robos such as Daizyujin from Zyuranger, Daibouken from Boukenger, MagiKing of Magiranger, and GaoKing of Gaoranger. 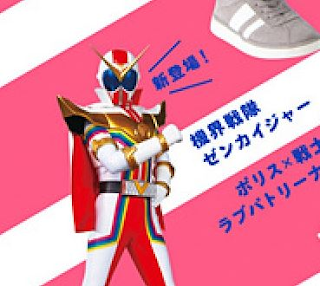 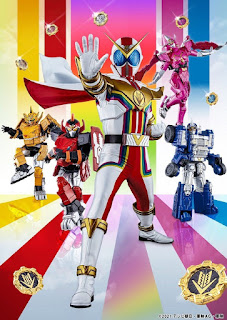 I basically love it. I agree with one comment on Twitter that having the Rangers be mostly costumed is done to prevent COVID-19 complications. We might not get human forms for all of them, maybe only Zenkaizer. I think it is great. As for those saying this is proof Hasbro will no longer adapting Sentai is silly. Many before said Shinkenger and Go-Busters would not get adapted and look where we are now. I personally believe Hasnro will not be adapting sentai any more but this is not a reason. What it could mean is that Toei is free to do whatever they want without worry of Power Rangers but I don't think it has stopped them before. I do know Bandai America did have input in Sentai before but I don't think Hasnro had the same relationship. I think it is a difference between story telling and international branding, maybe Toei didn't worry about Power Rangers in a story telling capacity when doing Super Sentai but maybe they did toy-wise and design-wise for international branding.

Posted by Lavender Ranger at 6:41 PM