I waited until RPM ended to do the caparisons. I had written this earlier on. 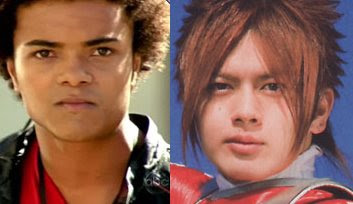 Scott / Sosuke
Sosuke is a former race car driver and a hothead, but he is a good leader. He formerly believed in wishing things to happen but not doing anything about it, he learned to work hard and trust in others. Scott has daddy issues and can be stuck-up and stubborn. He is a former military pilot and now leader of the Rangers. Scott had lost his brother. Scott was forced to work for Shifter briefly by a controller key, like Sosuke who got a controller key but rusted into a statue. Scott is a brave leader, it's just his team often tries to do things themselves and not listen to him. Gem got a medal from his dad but got no recognition from his father. When things got bad with all the hybrids (including two of Mason's co-workers) were activated, Mason finally listened to Scott and told him he was in charge. Scott was promoted to leader of the Eagle squad in the end. 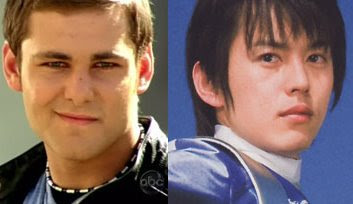 Flynn / Renn
Renn knows a lot and cooks omelets very good and is called the mother of the group. I think Flynn would be insulted if he would be called the mother. Flynn and Renn are both mechanics. Flynn is Scottish and is cocky. Renn can be shy at times and he lost his mother at a young age, his family owns a chain of hotels and his dad is always working. Flynn always wanted to be a hero but was discouraged by life and his dad, until these days in which the father finally does believe in real-life superheroes, his son is one. Renn was very good at developing new things---he made the Kyuyu Soul to power up the Engines but Flynn wasn't so successful, he failed at his making of his own Engine Cell. He then gave up on his zord project, Gema found it and they worked on it together and created the powerful Road Attack Zord. And there was a hinted romance between Flynn and Gema. Flynn was to do the new computer systems with his dad. 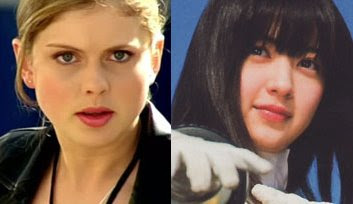 Summer / Saki
Saki is perky and always forcing people to 'smile,' which came from one time she was lost and alone. Her sister tortured her and continues to do so as an adult, her sister even stole the Go-Onger's main mode of transportation Ginjiro (which appeared as Project Go-Onger in RPM). Saki is basically a young girly girl. Summer is smart, tough and no-nonsense, she used to be selfish, rich and vain. Summer had a big characterization. Summer was the first Ranger to have a potential wedding, while it happens a lot in Super Sentai. According to Dr. K, Summer's heart was split between Dillon and Scott, but she quickly chose Dillon, it was not clear if Scott felt the same but Dillon clearly does. Summer ran off with Dillon and Tenaya to discover the world. 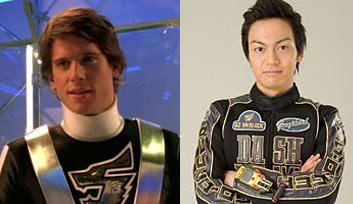 Dillon / Gunpei
Gunpei might appear stubborn and a loner, but in reality he is just big talk. He is a born detective, even though he isn't really one until the end. He wanted to fight the Gaiark but the police weren't willing to do that so he quit and forced himself into the Go-Onger, after a not so good beginning, he managed to become a respected and cared-for teammate. Dillon is on the opposite side of the law (having been arrested and hauled to prison), but only for trespassing the dome city and having Venjix hardware inside him, all and all, he is a good guy, just a loner. He had no memory of who he was and it slowly started coming back. Dillon has a blind sister, who turned to be Tenaya and once he found out, he would not let her go. Gunpei and Dillon are different in backstory but similar in that they are loners on the outside but secretly want to belong. Dillon was activated as a hybrid when the other hybrids in Corinth were. But he used the antidote and used it on Tenaya, went into a coma, his sister saved the world, he saved her, they went off to explore the world after Venjix was defeated. 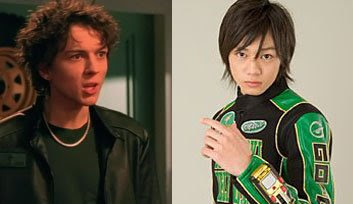 Ziggy / Hanto
Hanto is just a kid wanting to have fun. He is teenager fritter, meaning he goes from one job to another with disposable income. He is eager and very caring and sometimes needs to be mothered by Renn and protected by Gunpei. He has such a big heart that once he dressed as a grandmother's dead granddaughter to cheer her up... it then happen to all be a lie. Ziggy just can't do anything right but he makes it up with his heart. He was part of the Scorpion Cartel mafia and angered many criminals when he gave stolen medicine to sick orphans. He was in charge of delivering the Green Ranger morpher and ended up bonding to it permanently in order for evil not to get it. Ziggy saved the life of Fresno Bob and was let go of his debt and was not 'ghosted.' As for his tension with Dr. K, she agreed to go outside with him--because it was her birthday. They were stuck in a cave by accident from escaping the villains and he made her happy by doing his shadow puppets. They are both different in personality and backstory but similar in that they are eager to please and can lie sometimes. In the end, Ziggy was to start a school with Dr. K. 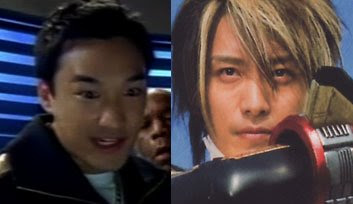 Gem / Hiroto
Hiroto and Miu are both rich and a bit psychic--they can tell when Gaiark attacks. Hiroto is cold and strict, he does ever break his cool facade... except for a little alien he felt sorry for and raised. It's not that he is hiding his goofy side, he just never had one. The Go-On Wings didn't want to accept the Go-Onger, they thought they were the 'only ones' to fight the Gaiark. Gem and his sister are twins, Hiroto and Miu were not twins. Gem and Gema were geniuses in the Alphabet Soup government organization that Dr. K was in. The soup tricked to believe they were allergic to the sun. Gem and Gema are both eerily cheery and upbeat, even though they were once prisoners. Gem is very protective of Gema. Gem and Gema were 'deleted' like Hiroto and Miu, but the twins had already cheated death once. They got rescued and ended up being recruited into the Eagle Squad. 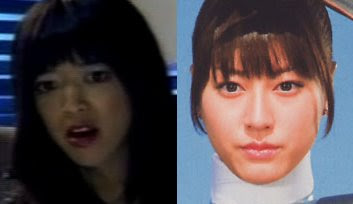 Gema / Miu
Miu seems to be like her brother at first, stuck-up and all mighty, but she does have a good heart and warms up to the team before Hiroto does. She does have a tendency to have 'projects' for things she feels sorry for. At one point, Miu and Hiroto's handler thought Hiroto had pushed her in the superhero business but she clarified it wasn't that way. She is strong but sometimes gets weak in the knees for Sosuke but doesn't like to admit it. Gem and Gema are twins and are Dr. K's friends. Gema and Gem finish one another's sentences and draw child-like but well-crafted letters. One thing the Japanese and American counterparts have in common are that the duo are rarely apart. Gema was first weary of Flynn but then helped him with the Road Attack Zord and there was a hinted romance. Gem and Gema were 'deleted' like Hiroto and Miu, but the twins had already cheated death once. They got rescued and ended up being recruited into the Eagle Squad.

Doctor K / Bomper
It is unfair to even compare these two, but well, here we are because they are the main allies. Bomper was a little robot friend created by Jumbow-hale to assist the Go-onger, he often said, "Bom-bom" and got his feelings hurt once. He was the one to teleport the Engine Casts to the team. Doctor K is a child prodigy who held prisoner in Alphabet Soup in order to create weapons including the Venjix virus and the Ranger program. She is inept in social interaction and shield herself from the Rangers initially in an attempt to not get hurt once again like when she thought Gem and Gema had died. She would deny liking Ziggy, not calling him by his name but as 'Ranger Series Operator Green'--the only Ranger she didn't call by their real name. But she did use his real name as her computer password, which she considered irrational. For the first birthday she spent outside, she spent it inside a cave stuck with Ziggy. In the end, Doctor K was to start a school with Ziggy, who she finally called Ziggy. 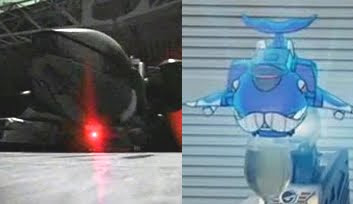 Doom Bot or Whale Zord / Jumbow-hale
Jumbow-hale is like all other Engines as he spoke. Jumbow-hale was the mentor of everyone, he created Bomper and trained the Go-On Wings (Silver and Gold). The Go-Onger communicated with the Engines through their 'morphers' and they got hologram images of them in Anime form. Jumbow-hale had a cute skycap hat and beard. In RPM, it was built by prisoners and the Venjix army, it was re-programmed to help the Rangers and was not created by Dr. K initially. But since Dr. K created Venjix and Venjix created the machine, then it is all the family.

Posted by Lavender Ranger at 8:56 AM