I was waiting and waiting for pictures to the new line and very impatiently. And I secretly feared it would look horrible and unfortunately, it has come true. The designs look great, but I am disappointed not to see show-accurate figures. UPDATE: These do appear on the show, they are called Mega Mode. 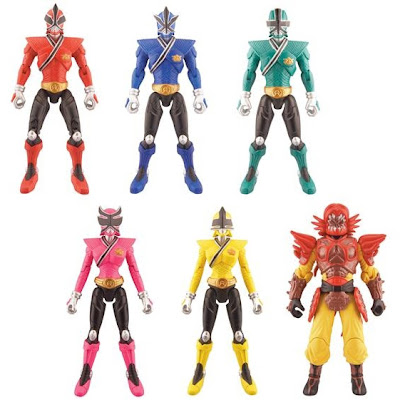 Power Rangers 4" Figure Series 01
Five Rangers and Nanashi Figure. The designs look great, but I am disappointed not to see show-accurate figures. The only one I like here is the Nanashi. The girls have no skirts and the only thing accurate are the colors and the stripes and belt, that's it. The boots look a bit like the Dragon Knight boots. These look like they were supposed to be for vehicles. Where are the show accurate figures???! How can you revamp a franchise when the toys don't even look like the actual Rangers in the series? UPDATE: These do appear on the show, they are called Mega Mode. 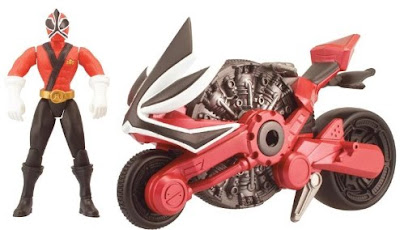 Red Cycle with Red Ranger
This all look sloppy, the bike has zero color and the figure almost looks show accurate but lack of color, this looks like it was slapped together in a week. Blue available as well. 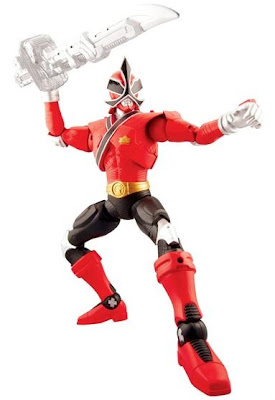 Warrior Mode Red Ranger 10" Battlized Figure
Even the weapon looks like it is on steroids. 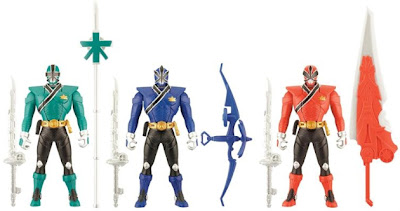 Morphin Action Power Rangers 6.5" Series 01
I suppose they morph into actor faces, these look bulky as the back-in-the day figures. I hope the girls get morphing figures. 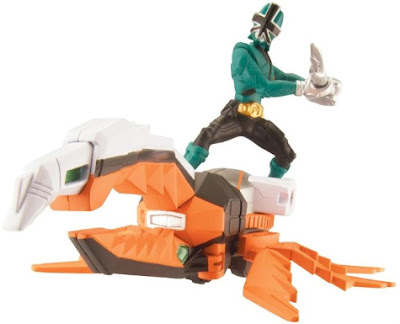 Zord Vehicle with Figure Series 01 - Beetle Zord with Green Ranger
The Zord looks great. These can combine with the Megazord. 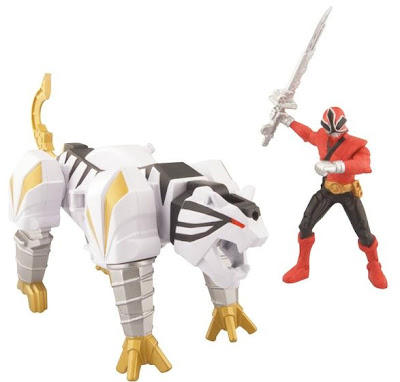 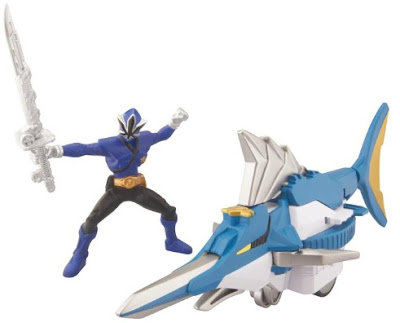 Role Playing Weapons
The one (Deluxe Sword) to the left looks like the SPD battlizer weapon. The one in the middle (Basic Disc Sword) actually looks good. The morpher is no surprise that looks smaller and nothing like the Bandai japan one. 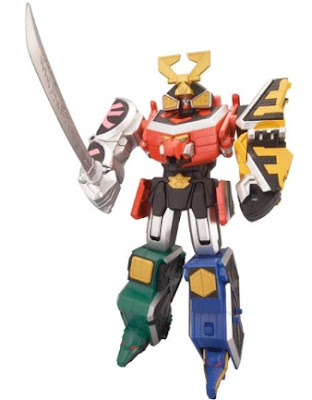 Power Rangers DX Megazord
This is the only good looking thing in this line.

Posted by Lavender Ranger at 7:50 PM

Even when I was a little kid, I was immensely turned off seeing inaccurate toys from TV shows. I know their main targets are hurried parents in the supermarket, or kids in the toy store. But even those young kids can tell, and subsequently be disappointed, in how crappy the accuracy of a toy is. They should think about that when figuring wether their toys are going to sell.

Didn't they find success with the Jungle Fury line? I loved those toys because they where exactly like the show! I ended up buying the whole team, and later the RPM figures. This is a smack in the face to collectors as well, not even giving us the option of regular versions of the characters. Can't they cater to the collector (and the smarter kids looking to buy a toy) and make accurate looking figures, and then go wild with all the "Powered Up" crap versions they subsequently release.

Dude wtf is this? Power Rangers Roid Rage? Seriously Bandai or Saban or whoever designs the toys. Do better. Good God.

I kinda like the toys. To me, it's not such a bad thing if the toys aren't EXACTLY like the tv show but I can see where you're coming from; Also, I don't collect them anyway so it wouldn't benefit me anyway.

Silver mouthplates? That's an epic fail! I can't believe that they didn't even get the helmets right!

I like the toy designs, I don't care what anyone else says. They have a very stylized, almost avant guarde look to them. Plus, without the skirts, kids can actually PLAY with the girl figures.

I hope the Shodouphone has a paintbrush mode like in Shinkenger.

Let's all remember that these pics came from big bad toy store so there's no actual guarantee that these are the final figures.

Oh man these are awesome, can not find the exact ones I was looking for but one of them is very close. Ah so many memories coming back to me lol. Shame it looks like trash in 2011 lol.