This is not exactly a toy, but someone mentioned merchandise, so I don't know if you guys will approve of me covering non-toy merchandise under Toy Week. Let me know. For those people overseas unfamiliar with this, in the United States parents rent these things for children birthday parties. These are inflatable houses or castles that children can bounce in, most of them run on electricity (to pump the air continually). 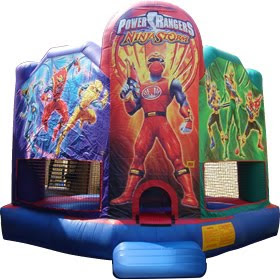 There was like 2 or 3 different types of the Ninja Storm Bounce Houses. If you type in Power Ranger bounce houses on Google, you get mostly Ninja Storm. It had all six Rangers on it. This one looks like an Octagon. 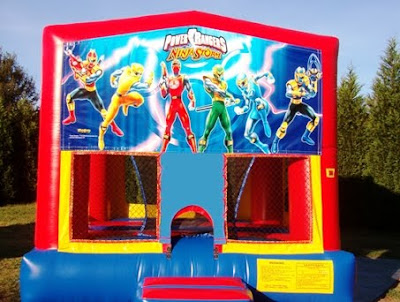 This one was a cube with the six Rangers in front. 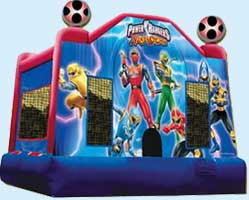 This one had the Wind Ranger symbols on top and was more insular. 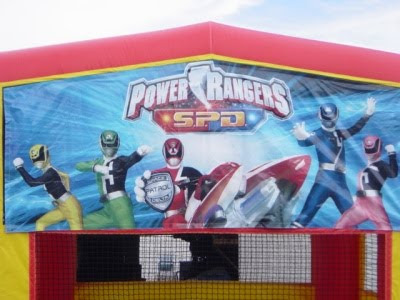 Power Rangers SPD bounce house looked official, it just had the banner on a generic bounce house, having all 5 Rangers. 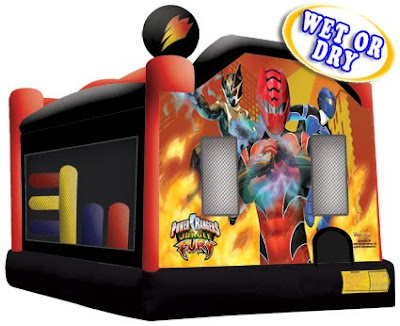 Apparently there was a Jungle Fury one, with a slide, but I can not find another picture or one much bigger. It just had the Tiger (Red), Jaguar (blue), and Bat (Black) Rangers.
http://www.americaspartystop.com/product.php?productid=16838&cat=259&page=1 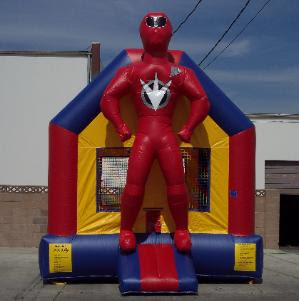 This one is clearly the Dino Thunder Ranger but it is called 'Super Ranger,' most likely not official.
http://jumporama.net/superranger13x16jumpyhouse.html 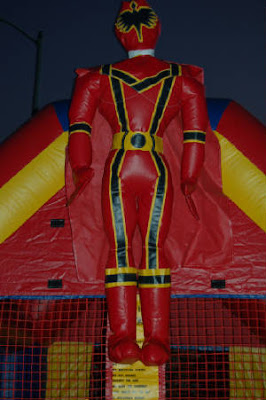 This Mystic Force Bouncer doesn't seem too to be official.
http://www.vistapartyrentals.com/id60.html 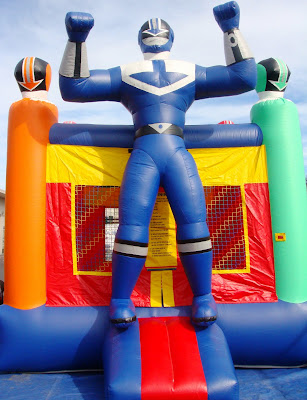 Posted by Lavender Ranger at 11:15 AM

The United States? You find those anywhere... I lived in Venezuela and you saw them everywhere, I've also seem them in France, Trinidad, Colombia and Chile.

When I was a kid, I had a lot of Power Rangers Piñatas...

Yeah!!! ofcourse, they are found most in United States. But in the present days we can find them anywhere.

We did one of these bounce house rentals for my son's 4th birthday party. It was a total blast!