UPDATED 2/24/11
Power Rangers is not the only one to switch Rangers. Because early seasons lasted more than 50 episodes, for one reason or another, some actors left.

Ooiwa Daita/Ki Ranger I
Ooiwa was later promoted to Chief of the Kyushu EAGLE branch in Episode 55. Ooiwa soon returned to active duty again with the Goranger team in Episode 67. Actor Baku Hatakeyama (KiRanger I) temporarily left the show due to a scheduling conflict with a play he was going. Baku Hatakeyama a.k.a. Jirou Maekawa passed away in 1978. Thanks to Hallwings.

Daigorou Kumano/Ki Ranger II
Daigorou replaced Ooiwa as the Ki Ranger after Ooiwa became the commander of the Kyushu branch for a time. In episode 67, he is stabbed in stomach by Can Opener Mask's Can Opener Cutter. He was succeeded by his predecessor Ooiwa. 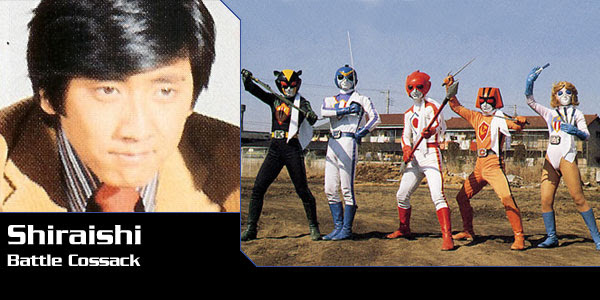 Kensaku Shiraishi /Battle Cossack I
He didn't use his Battle Cossack uniform and was killed by Egos with Machine Guns, attempting to save Mayumi from Egos. The actor Yukio Itou also played Mido Ranger in GoRanger. I do not know the real reason why he left, I know it's out there, just couldn't find it. Yukio Ito left Battle Fever due to him getting married and wanting to spend time with his bride, according to Hallwings. 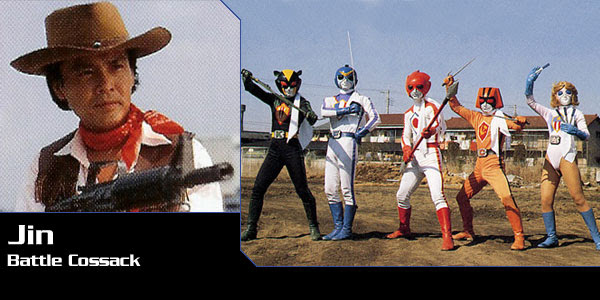 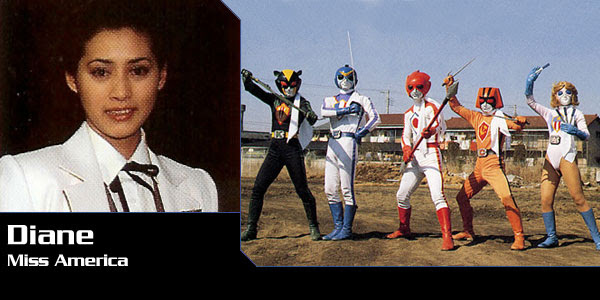 Diane Martin/ Miss America I
An FBI agent who joined the Fever team to avenge her father Bosner, who was slain by Egos. After she was wounded by the Dracula Monster, she returned to the United States. I do not know the real reason why he left, I know it's out there, just couldn't find it. 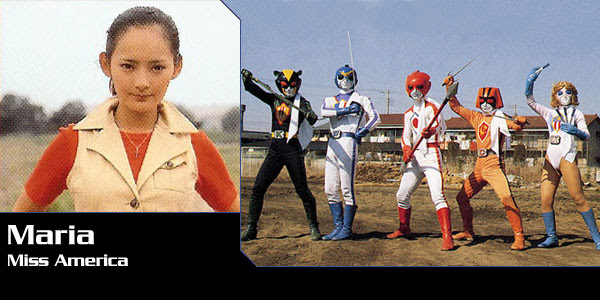 María Nagisa / Miss America II
An FBI agent trained by Diane Martin's father. When Diane is WIA Maria takes her place as Miss America and then stays on permanently when Diane decides to return the United States.

Ryuusuke Oowashi/Vul Eagle I
An EPDS air force officer. He left to pursue space shuttle research for NASA in the United States. Ryusuke Kawasaki (VulEagle I) left because he only signed a six-month contract with Toei, so his departure was planned from the start, thanks to Hallwings for info.

Takayuki Hiba/Vul Eagle II
A colleague of Oowashi. Master of kendo. Hiba took over for Oowashi (from episode 25) after he left for NASA shuttle research. 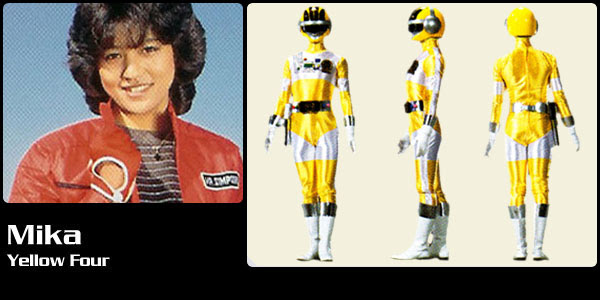 Mika Koizumi/Yellow Four I
Initially, she is hesitant to join the Bioman team. She was killed by Biokiller Gun. Near the end of episode 10, Bio Robo's eyes glowed activating her computer system in her helmet and later activated her super electronic holography from her visor showing a footage of her (which was actually her shot at the end credits). From the start of episode 10 up to her subsequent death, wake and/or funeral, she remained in her yellow 4 suit. 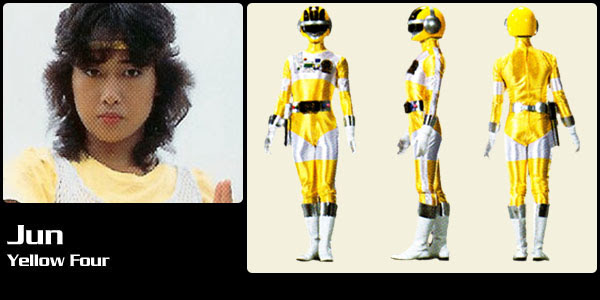 Jun Yabuki /Yellow Four II
After watching the Bioman in action, she tries to join them but is initially refused, even though Mika Koizumi had just died. ike her predecessor, she is the more action-oriented of the two ladies.
Posted by Lavender Ranger at 12:00 AM

Here's what I know.

Baku Hatakeyama (KiRanger I) temporarily left the show due to a scheduling conflict with a play he was going. His date of death, at least according to the Japanese Wikipedia, is July 13, 1978, at the age of only 34.

Yukio Ito (Battle Cossack I {and MidoRanger}), from what I know, left Battle Fever due to him getting married and wanting to spend time with his new bride.

I don't know why exactly Diane Martin left BFJ. Maybe it was due to either scheduling conflicts or sub-par acting (I mean, her voice had to be dubbed over by Lisa Komaki {MomoRanger}).

Ryusuke Kawasaki (VulEagle I) left because he only signed a six-month contract with Toei, so his departure was planned from the start.

Ah, yes, Yuki Yajima (Yellow Four I). There are many reasons out there why she left the series, but I'm not going to attempt to recall them at this moment.

There were non-senshi actors who were replaced as well, but the only one I can think of is Kameo from Dairanger. He was originally played by Sugisaku Imagawa, but left the show due to health reasons. He was replaced Tomihisa Naruse, who played Raita in Chojin Sentai Jetman.