My possible last comic. I might do some more later. This one is much longer as it explains her background. Turns out Gokai Lavender is the last hero in the future, some time in the 41st Century. 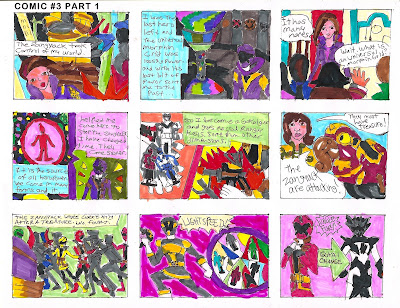 The 'Universal Morphin Grid' here is reasonable for both Super Sentai and Power Ranger powers. As Lavender says, it has gone by different names and it is the source of all the powers and incarnations from every dimension. 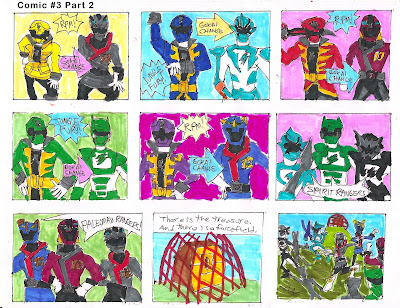 The reason the Spirit Ranger and Paleomax Ranger Keys exist here is because she was given keys from other dimensions and realities. 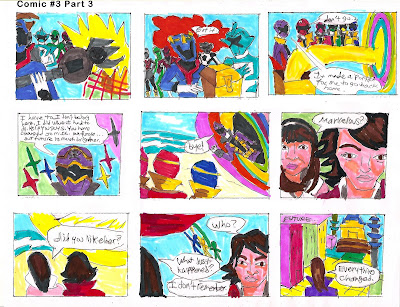 The wave the portal caused when it closed made the Gokaiger forget about Lavender. When she returns, the Zangyack didn't attack and didn't exist in her time. 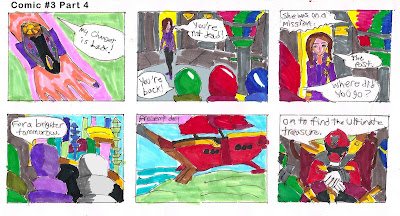 Posted by Lavender Ranger at 10:31 PM

You should definitely team up with gokaitwilight. Someone else can make a third member and it would be a team of three

What did you use to paint your comics, I rally love your art style, actually the human faces look a bit off but thats because you tried going for a realistic take. Love the artwork though, it looks like a little kid made it but not really, thats not an insult either I mean I wish I could re-create that style.

Hey! Lavender!! I've made a picture of your female Violet Ranger Gokai Lavender!! Wanna see it?