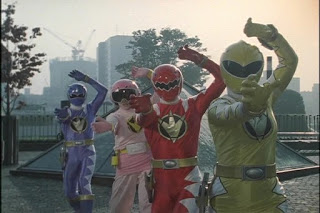 There seems to be some confusion over Emri as AbarePink in Abaranger. As we all know, she was an ally and wanted to be a Abaranger very badly. So as a fashion design student, she made her own outfit. 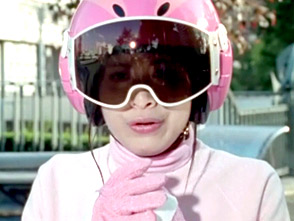 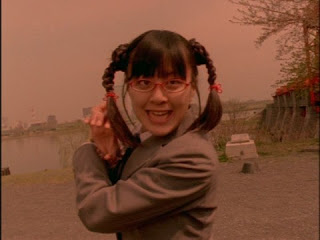 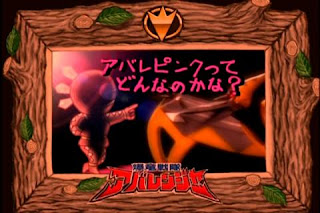 In an episode before, I forgot which one, she had something that made wishes. She was going to make a wish. Abaranger had these bumpers/eye catchers before commercials with the Bakuryuu (zords) talking and asking questions. And Ptera asked if she was really going to become AbarePink. Here is the photo above. 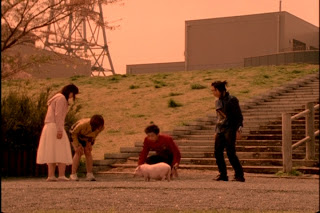 But she mispronounced 'Pink' in English and said 'Pig' in English and became a pig. Hence she used the pig for her AbarePink outfit. I hope that clarified stuff. It had no dino relation, it is just Japanese pronunciation of Pink and Pig sound alike to them. For most English-speaking people, they don't sound alike.
Posted by Lavender Ranger at 11:57 AM

i've gotta ask, how come the team name is Aba but the ranger names are Abare?
and what are the japanese names for pink and pig if you know them.

Pig is bootah and Pink is momo but Pink Pig is pinku-iro no buta. But she said 'pink' in english and with her accent, it sounded like 'pig'.

The team is Abare, not Aba.

The name "Abaranger" is a portmanteau of Abare (in the show, an acronym that stands for Attack Bandit Resistance; in Japanese, the term abare (暴れ?) also means "riot", "rage", or "outburst" among other translations) and Ranger, so the romanization can be either Abaranger or Abarenger.

pi-gu....pi-i-n-ku...doesn't sound that hard to pronounce. there are two characters and a dakuten enough of a noticible differencce in writing

Actress in this movie,her look so cute. I love her so much!

I already have so many times in other posts, ant.

The episode was 11, because it was after the one with the baseball player and money bear that got edited on Dino Thunder's "Lost and Found in Translation". I got the DVD for the bear episode and the episode Emiri turned into a pig was there too.