If you haven't already heard the big news, it's been confirmed that Toei is indeed re-shooting the Legend War for Power Rangers, of course excluding Rangers from Goranger-Jetman. This is leading many fans to believe that Goseiger will be used as the 20th Anniversary, but with re-filmed past-Ranger footage, and many concepts from Gokaiger. That alone is leading most fans to believe that Saban is saving the Pirate theme for a later, non-anniversary season without past Rangers since the Goseiger adaption may use them instead. I for one think that this is a very good idea. I remember last winter I suggested to some fellow fans a similar concept (Goseiger using the past-Ranger footage instead of Gokaiger). No one liked the idea at the time, but now it may be a possibility. What are your thoughts?
http://orendsrange.blogspot.com/2012/01/toei-talks-about-power-rangers-20th.html

Believe it or not, that's not the only big news from the last few days that's had fans talking, celebrating, or in this case even scratching their heads: Tokumei Sentai Go-Busters is the official 36th Super Sentai Series, but TOEI decided to launch another Super Sentai series named Hikonin Sentai AkibaRanger (iterally: Unofficial Squadron).

This "Unofficial Squadron" is not part of the official line of Super Sentai but is still called a Super Sentai anyway. Consider it an "EX Super Sentai".

AkibaRanger will tell the story of three young people (a boy and two girls according to the picture) being part of an otaku club and living in the new "Electric-Town" Akihabara. They will have to fight a mysterious malevolent entity that swore to conquer Earth with cool gadgets created by a brilliant genius. No word on any actors yet, but there will be a toyline! 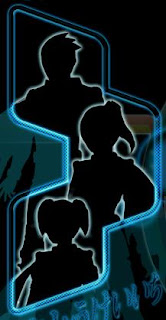 Hm. I had wondered if Saban might use just the pirate footage for their own series, but once you exclude the cross overs with past teams it doesn't seem like there would be much left to use.

Although given that Goseiger is being adapted under the name "Mega Force", that might be a hint that at being a "mega" crossover. (Otherwise the name just sounds generic) We'll see.

I definitely want to see the PR Legend War. After all, that Sentai opening clip is what got me into watching Gokaiger.

Erik, all we know is that Mega Force was copyrighted, not that it will be Goseiger.

It feels like though that without the pre-PR teams, it will be hard for them when they get to halfway of the footage (Gokaiger EP28+) due to the past pre-PR legends returning and one of the villians getting the greater powers of pre-PR teams. Also, I hope they use Gokaiger. I don't really care for Goseiger.

@Lavender Oh I didn't think about that (Stupid Sentai noob brain). But what about how they would do Basco though?

i really hope that gokaiger is used for the 20th anniversary because goseiger isn't really the business and i feel that kids won't like them as much as they will like gokaiger.

Saban already messed up the episode showing for Samurai, so they might as well just toss goseiger out the window.

I hope they use Gokaiger for the 20th Anniversary. Goseiger isn't too nice in my opinion. Gokaiger just hit all the right spots and deserves to be used.

Yeah I also agree they should use Gokaiger so we don't get another Dairanger fiasco. I am new to super sentai (I started with Gokaiger) and I feel that mixing the two series together is a bad idea. The keys and the whole past series thing suits Gokaiger.