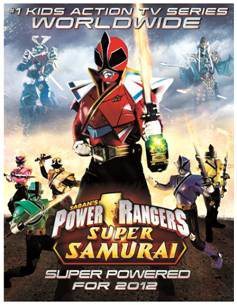 Above is an official image Hector David Jr. posted on his twitter for Super Samurai, with Red in Shark Attack Mode (I didn't see the blue and thought it was Super Mega Mode) the others in Mega mode. Samurai Megazord and Serrator in background. 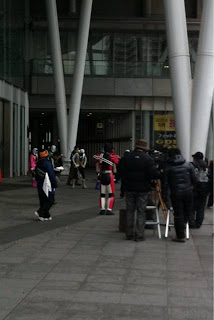 Above is shooting image of the Gokaiger and Kamen Rider Decade in the still unnamed Super Sentai/Kamen Rider movie.

I, Lavender Ranger, also want to mention to RRR: Rangers, Riders and Rambles; I appreciate you guys re-posting my posts (in a way) but in all the posts, you say I wrote them, but some were written by Henshin0 and Pat. If you guys can contact me, I'd appreciate it. As for everyone else, check their site out, it's cool!