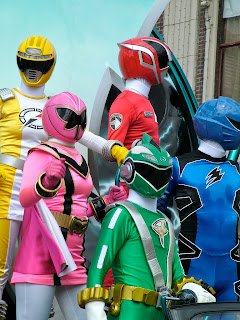 I know Disney Era is over and done with, but for some reason, I can't get over it. I miss seeing Power Rangers in Disney Stores and at Disney World. If only Nick had a store or still were omnipresent in Universal Studios. The official reason Disney gave for leaving Power Rangers was that parents found it 'too violent.' NY Times says, "Mothers, the research showed, disliked the violence — particularly the hand-to-hand combat — that is part of the franchise’s D.N.A. Ultimately, Disney decided not to brand the Power Rangers as a Disney product, which made the franchise something of a black sheep at the company."  It seems hypocritical as Disney made a deal with Marvel and now Disney Stores carry toys of Spider-Man, Iron Man, Thor and the Avengers. And all those movies are way more violent than Power Rangers. 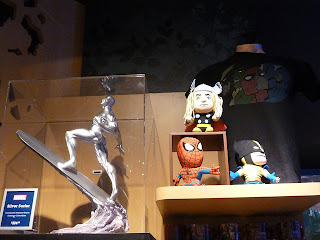 VengeanceGOD of Rangerboard went on a Disney Cruise in 2009 and spoke to the Head of Marketing for Disney's Live Action Films Division.

One of the things he covered in the talk is things they look for when merchandising things to boys. The best things to have were: Transforming vehicles, Signature Weapons, Superheroes, Martial Arts, Spaceships, and Race Cars. Since PR has had all of that at one point or another, I asked him why Power Rangers had been canceled when it hit all those points. I'll try and quote his response as closely as I can, so stuff in parenthesis is stuff where I don't remember exactly what he said.

As I, Lavender Ranger, said before.... That I believe Disney wanted creative control over Power Rangers and Toei wouldn't let them or how the Head of Marketing said, they didn't like them. But with Marvel, I don't think they have much control either but I think they mostly wanted their ideas to go through like the cartoons that will premiere on Disney XD. Disney really wants the boys' market and Marvel had multiple properties to do so with. Disney CEO Bob Iger said, "For instance, we just rebranded and renamed a channel, Disney XD, which is basically a Disney channel with more boys in mind, which is off to a great start. And they had licensed about 10 hours a week of Marvel television already when we made the deal." 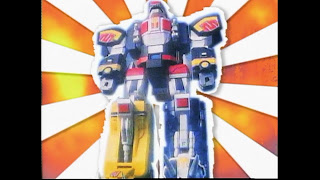 The following is from Tommy Lawson of Rangercrew:
More importantly, this is a quote from the 1996 SEC Filing for Fox Kids Worldwide:
In general, the Company pays Toei a fee per episode for all rights to exploit the applicable property throughout the world (other than certain parts of Asia) in all media and pays Toei a royalty based on merchandising royalties and/or certain distribution revenues. Disney chose to respond to the dispute with Toei over Power Rangers in this way - by making sure Toei collects as little royalty money as possible from the merchandising sales of Power Rangers. The first move was clear - the move to airing Power Rangers only on ABC Kids, a very lowly promoted block, pre-empted many times over the course of a year. It is the second move that may not be as clear, but should make perfect sense once I explain it - the "18th season" of Power Rangers being the reversioned Mighty Morphin Power Rangers. 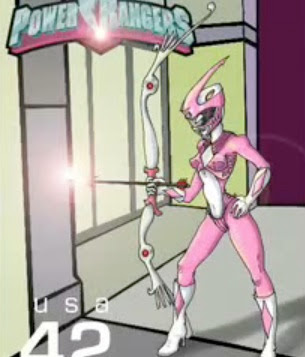 Toei obviously had enough money to do the Legend War and all of Gokaiger, so it seems they don't need Power Ranger money that much, but Bandai does count Sentai and Power Rangers international sales as one. But now with Power Rangers Samurai, Toei must be collecting a lot of royalty. Some fans don't think Toei has much say in PR but since they collect royalties, they do. They have said before that in that they give the footage and Saban/Disney do whatever they want with it. So Toei doesn't have creative control over what happens in the episodes of Power Rangers but they do have control of the property in what theme it will be and if it will animated or not like it was rumored Disney was working on. I think Disney wanted to choose the next theme and control what toys they make. One rumor was that they wanted their people to design the toys and not Bandai/Plex. 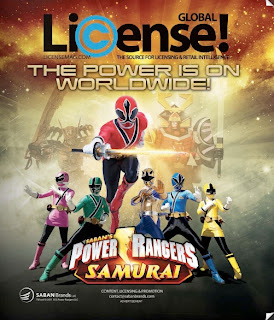 Anyways, we might never get a straight answer, but the reason this is important is that we have a better understanding of the contracts between Toei and Saban. Now that Saban is back, Toei are probably more open to Saban's ideas like having two years of a Shinkenger adaption. While not as radical as saying an animated idea, Toei probably knows Saban respects the brand and understands the rules. Rules being Toei controls what weapons and themes the team gets and Saban can add new stuff to PR (like Mega Mode, etc.) and it remains in live-action.

Posted by Lavender Ranger at 11:19 AM

I nearly choked on my drink after seeing that "animated" picture. Wow thats something else.

That was a rumor animated image, I don't know if it was real or not (I think not as the Rita and Pink Ranger images were all too provocative). One scenario I heard of an animated Rangers was similar to Super Legends video game with Doggie Kruger of SPD mentoring a new team.

The animated pic has to be fake. It looks too sexy. Also in terms of marvel I believe Disney is handling it in the same way they handle Touchstone Entertainment.