If they make a Mighty Morphin Power Rangers the Movie 20th Anniversary DVD,they should model it after The Transformers The movie (20th Anniversary Special Edition) DVD which came out in 2005 from Sony Wonder. It came with a lenticular cover, a behind the scenes facts that scrolled through the movie, audio commentary from the writer, director and one of the actresses and a fan commentary, also with featurettes, storyboards, deleted scenes, and old toy commercials. What I really enjoyed was the fan commentary which was done by Paul Hitchens, J.E. (Rik) Alvarez, Alex Weiner (aka Tony Bacala) and TFW2005's Joe Moore, they are all webmasters or related to fan websites. The commentary includes their feelings on when they first watched the movie, things they have noticed and goofs they noticed and much more hardcore fan stuff, also interesting tidbits as one of them is British and he shared how the TV series hadn't caught up with the movie and certain toys that were not released yet. 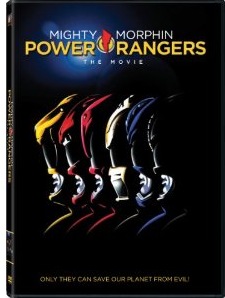 Since Saban regained rights to the Power Rangers franchise, they didn't get the rights to the two movies. Fox (I previously said Disney but it is 20th Century Fox who originally produced and distributed them) has the rights to both movies. So far there has only been two releases in the USA, one was a double-billed one (with both films) that I own. The movie came out in 1995 so the 20th anniversary would be 2015. Since Saban Brands is celebrating the 20th anniversary of the Power Rangers franchise, it would be interesting if they celebrated the 20th anniversary of the movie in 2015. The reason I bring up the Transformers Animated Movie DVD is because in the strange hope that Saban would regain the rights of the movie and get webmasters of Power Ranger fan sites (hint hint) to make a fan commentary. So far Shout! Factory has the rights to do MMPR-RPM DVDs and Liongate has Samurai and Super Samurai. Shout! Factory is said to create some great featurettes for MMPR-Lost Galaxy. For the old MMPR:tM DVD, they only had a short featurette, but it would be great to have longer featurettes and even the FOX Behind the Scenes 'Making of' special. 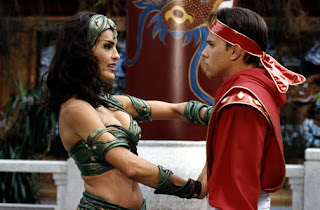 Now some that know me might be saying that I stutter and why would I do a fan audio commentary if I stutter. Well, if I usually speak better with a crowd and I did the director's commentary for my fan film Mythical Destiny with no problem. Also seeing deleted scenes with the Rangers fighting the rat monsters, Rangers without visors and mouth plates, Mariska Hargitay as Dulcea, Dulcea's friend Snoggle, the Chinese Gardens at Darling Harbour scenes and the scenes with the Ranger-color sleeping bags would be great. Those scenes might be lost but I am hoping they at least get referenced if they don't want to show them. The movie had come to HD DVD on November 29, 2009. The Blu-Ray hasn't even been released yet. 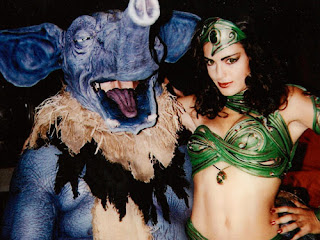 Glad these two got cut? (The one to the left is Snoggle) 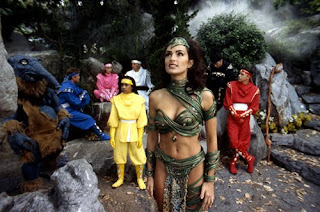 I was curious as to why the Movie costumes for the Pink and Yellow Rangers were still at Disney World in Hollywood Studios. They are in a glass case in a gift shop. I have seen pictures of the other costumes there too but the female costumes are the only ones I could locate to take a picture in front of. Maybe because Disney still owns the movie rights.

Disney doesn't have the rights to movies, Fox does.

I really hope that Saban has some footage of Mariska Hargitay as Dulcea cause her scenes included the rangers training and learning how to use their new ninja powers. I remember when I first heard of an original script of the moive and after reading it, I wished that some of it was in the movie. Hopefully they use this 20th nniversary as the time to let their fans see the "lost" footage