I thought I would make a list of Power Rangers toys that my 3 year-old Grand Nephew Jaiden (not named after Jayden the Red Ranger) asks for that do not really exist. 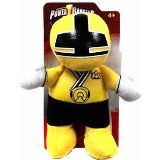 "Big Yellow Ranger Pillow"
He calls stuffed toys 'pillows.' Back in the day, all the Rangers got stuff dolls but they weren't as big as the ones they have now that are 18 inches and talk. He has Red and Green and he wanted big Yellow Ranger. There is a tiny Yellow Ranger plush figure and a medium size one. But I don't see them making 18 inch ones, the are male figures--red, green and blue or black instead of green. Yellow was the first color he ever expressed like for. 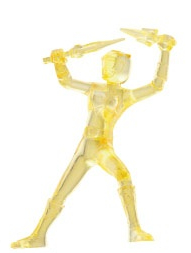 "Little Goldar"
He likes the Mini Battle Ready figures and he wants a Goldar one. So far the only villains are Lord Zedd and a planned Vrax.

"Little Robo Knight"
Zerboz has Power Rangers Samurai currently, He has a lot of them. He wanted Robo Knight the other night but they haven't been announced to have Megaforce rangers yet. 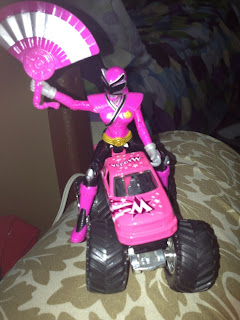 Hope your nephew isn't too disappointed. :(

Nah, most of the time he gets distracted with something else. He does ask for existing stuff too. He did cry a lot in the store for robo knight zerboz.

I sympathize. My little boy really loves Power Rangers. It’s one of our quality time when I pop in some of the older series of power rangers and some of the more recent ones. My problem is when he really likes those morph keys, and it’s getting harder to find some of the older models. Though it may be a collectible in the near future, that would only happen if it survives my boy’s clutches. :)