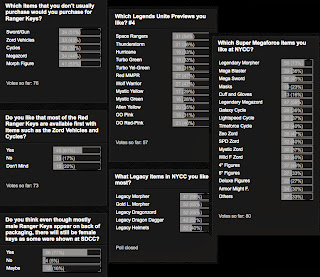 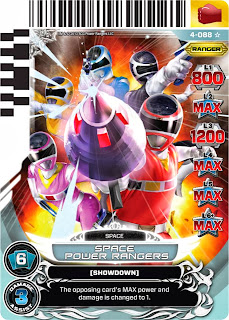 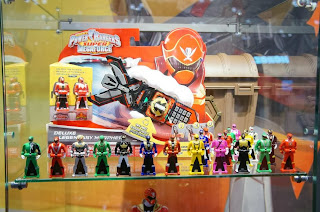 Which items that you don't usually purchase would you purchase for Ranger Keys? 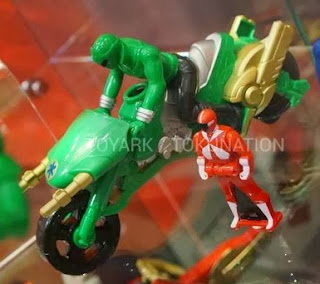 Do you like that most of the Red Ranger Keys are available first with items such as the Zord Vehicles and Cycles?

Do you think even though mostly male Ranger Keys appear on back of packaging, there will still be female keys as some were shown at SDCC? 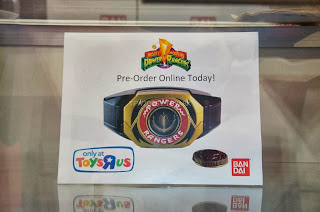 Do you like that the Gold Legacy Morpher will soon be available on TRU.com?

Posted by Lavender Ranger at 8:35 PM