This has been mentioned on Rangerboard and Twitter but I realize that not all people go on Rangerboard or Twitter or even Tumblr but they do come to my blog, so here is some tips. At Target, the Ranger Key Multipacks were at $12.99, now they are at $8.99. If you bought these within a week or so, you can get a price adjustment. I bought all 7 packs, showed them the receipts with just 4 unopened ones and got around 28 bucks back ($4 for each) on my debit card. So I suggest if you do this, take your receipts! 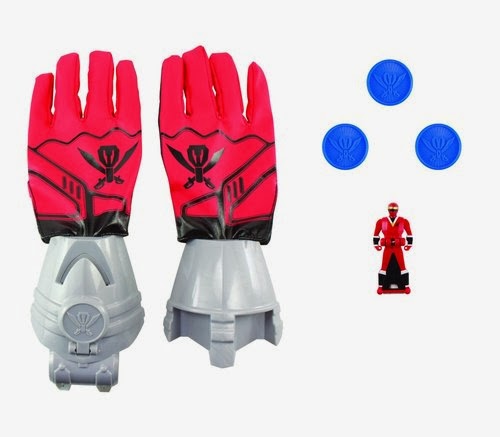 Also Toy Wiz put these listings of the second wave of Ranger Key Multipacks. For Zeo, they put Red, Blue and GREEN. At the UK toy fair, they had Yellow instead of Green, so either one could have been a mistake. For SPD, it has 'Ninja Storm.' Also there is a eight pack called Super Megaforce that says it has Metallic Red, Pink and Yellow. Which is great, but it is like 5 different Red Super Megaforce Rangers: Morpher one is different than the Multipack one, there is the translucent one from the Megazord that is different from the translucent Glittery one from the Deluxe Hero Set from Toys R Us. So yeah, 5 different types. Unless the regular hero set one is different too.
http://razzle1337.tumblr.com/post/74415034558/new-ranger-key-multi-pack-listings-on-toywiz

Posted by Lavender Ranger at 6:09 PM

Much more reasonable price. Good to see Alien Red getting a key.

What first world problems we have with ranger keys being stolen and getting money back for overpaying. #RangerKeyEpidemic2014.

I think the Zeo Yellow ranger key might be mistake... doesn't look like it has a skirt on it. Maybe it's faint and I just can;t see it. =\