MegaBloks says that the 20th Anniversary MMPR set was a hit, so they want to make another for 2014, they gave the options at Facebook for RPM, SPD, Mystic Force and Jungle Fury. 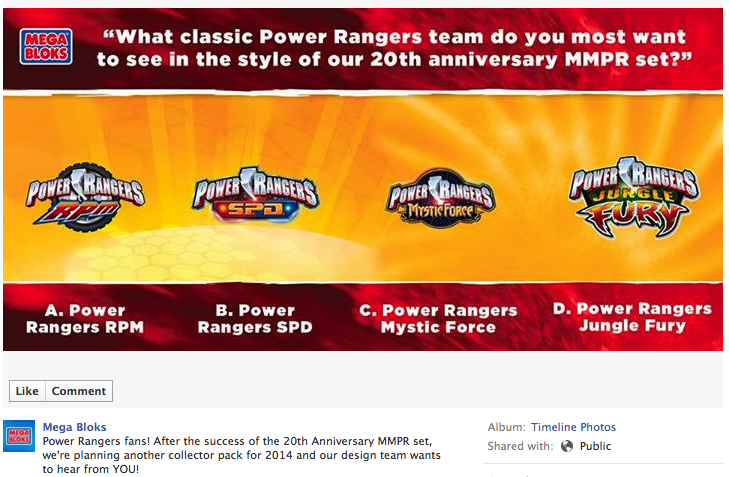 RPM and SPD were almost tied so we will see what turns up.

Posted by Lavender Ranger at 9:02 PM