I know this happened with the Power Cards of Megaforce but there is a difference from stealing a skinny cardboard than an actual product with weight to it. For one thing the plastic makes more noise when opening it. I do not condone these actions. Toy thefts are common. I have a friend of a friend who used to switch old G.I. Joe or Star Wars figures in the packaging of new ones. 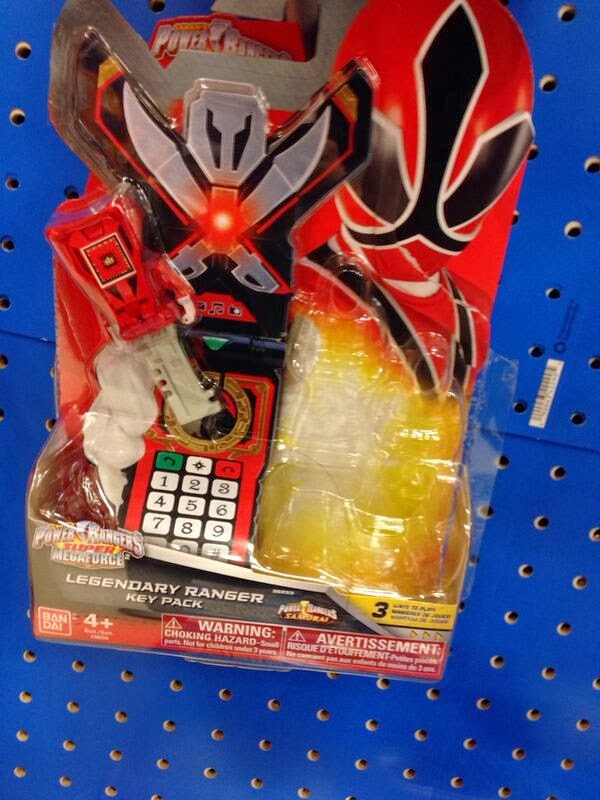 @hassanahmed120 took this picture, someone stole Green and Blue Samurai Ranger Keys. This was at a Target. 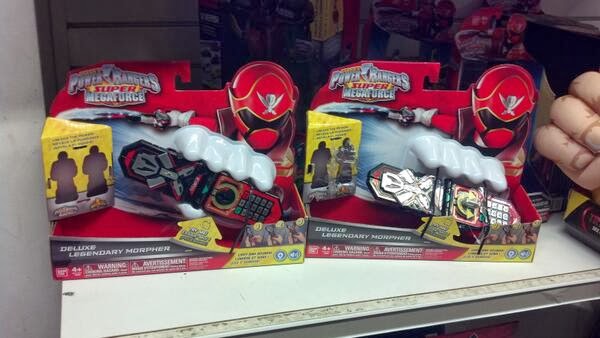 @dekablue25 took this picture, someone stole both pairs of keys from Legendary Morpher. 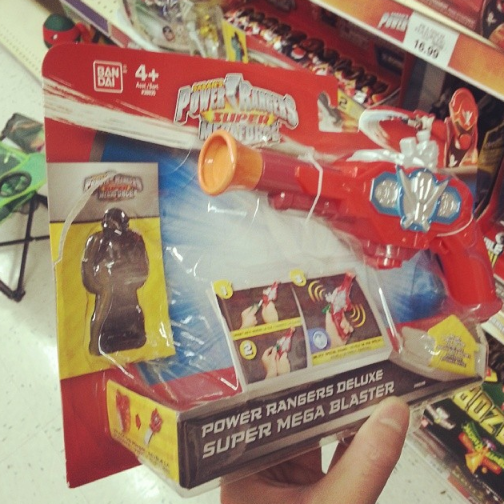 @zeroxepher took a picture of this, someone took Green Super Megaforce Key from the Super Mega Blaster at Toys R Us. 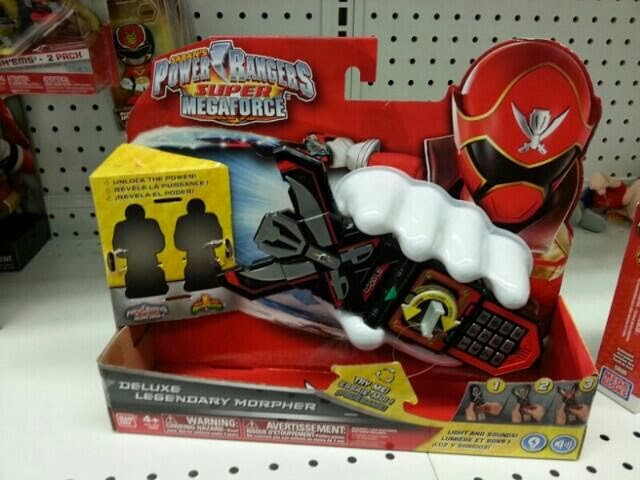 I forgot where this one came from, I think Razzle spotted this one. 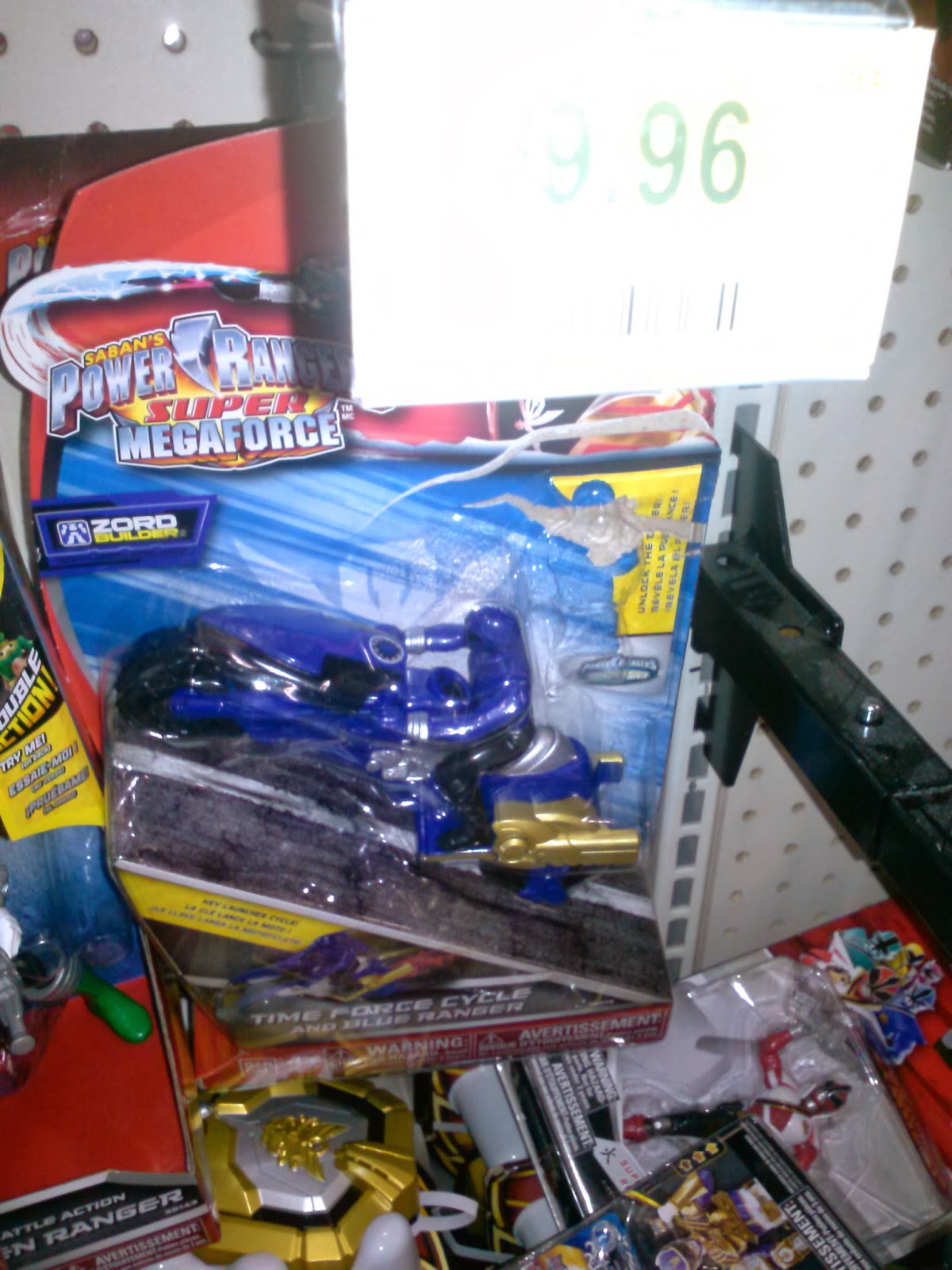 I took this picture of someone took a Red Time Force Key from Wal-Mart in Hialeah, Florida. 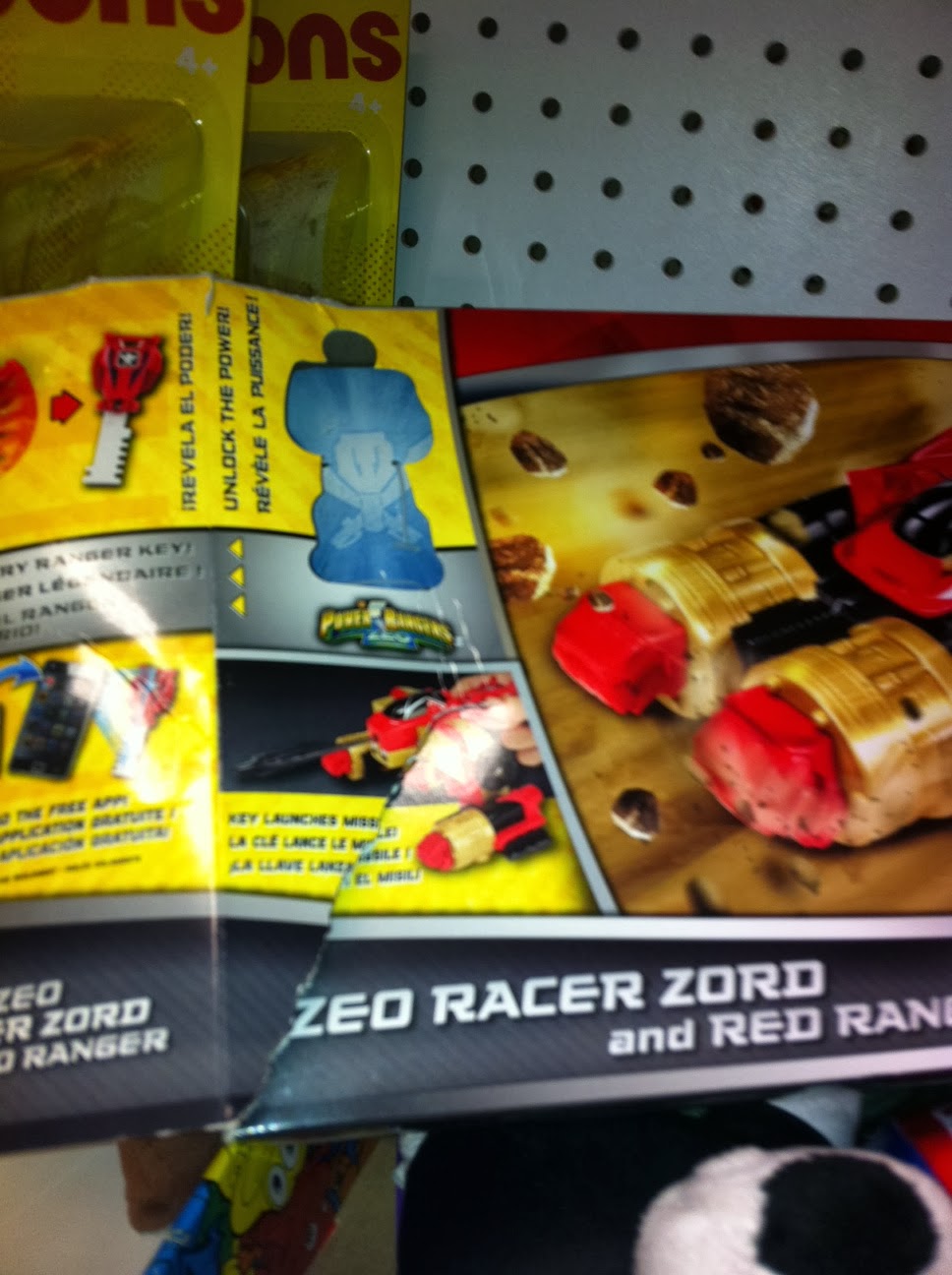 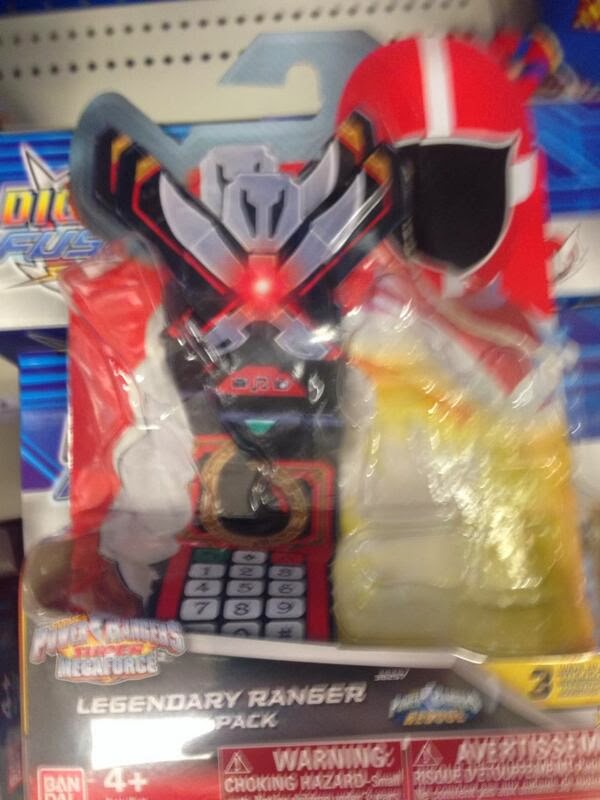 @josReason spotted this in Little Rock, Arkansas.
Posted by Lavender Ranger at 6:59 PM

That's 20 kinds of evil. If you don't want the toy, donate it. Don't deprive people willing to pay for the keys.

Even if I didn't work at a TRU once, this would still make sick. :(

I guess we're lucky Go-Busters doesn't have a collectible, because that means when it comes to the U.S. it won't go through this.

Nicholas: I hate to be a pessimist but that's only good for how long Go-Busters' adaptation lasts.

Trust me, Go-Busters likely won't escape unscathed. I've seen figures taken out of the package. Makes a mess for employees and is an embarrassment to them.

Respect to those that don't.

My son and I bought a key toy today and of course he found the app and I thought hmm; got home and realized no key!nim taking back to Kmart in Palatka. I can't believe this actually happens.
Like seriousl? A key? If you can't afford it buy a diff app!