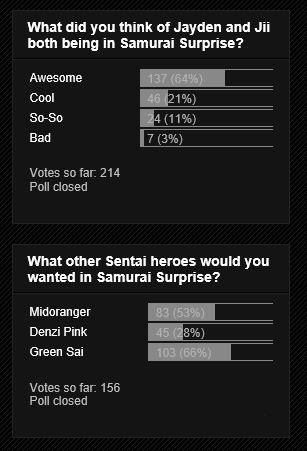 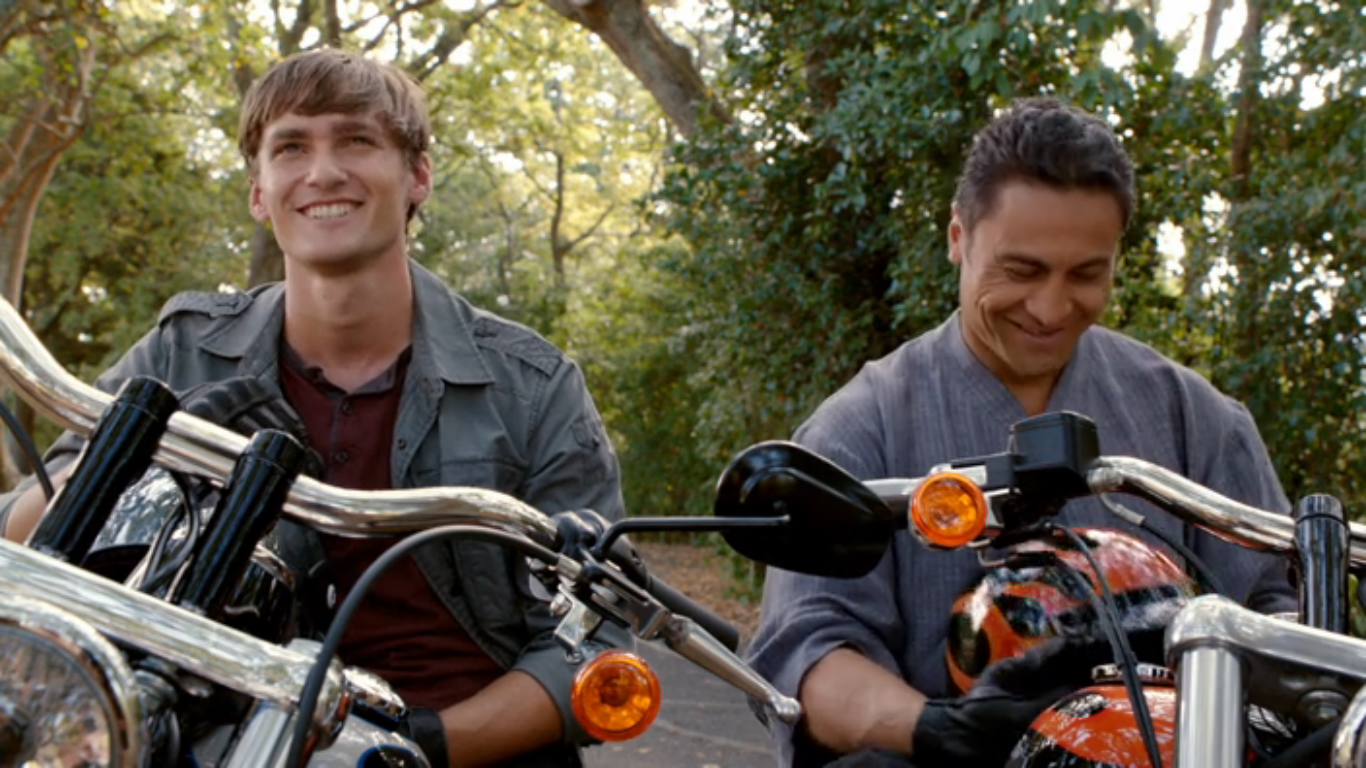 What did you think of Jayden and Jii both being in Samurai Surprise?

What other Sentai heroes would you wanted in Samurai Surprise? 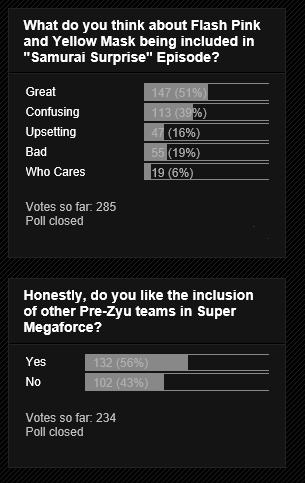 What do you think about Flash Pink and Yellow Mask being included in "Samurai Surprise" Episode?

Honestly, do you like the inclusion of other Pre-Zyu teams in Super Megaforce? 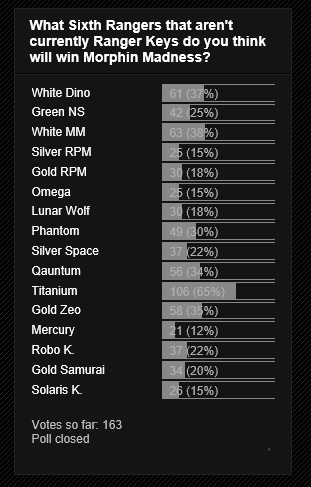 What Sixth Rangers that aren't currently Ranger Keys do you think will win Morphin Madness? 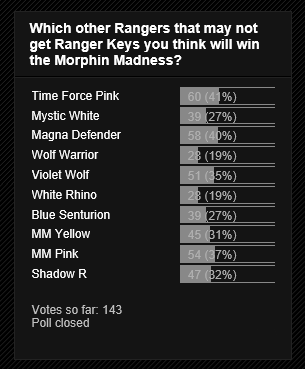 ﻿
Which other Rangers that may not get Ranger Keys you think will win the Morphin Madness?
Posted by Lavender Ranger at 1:37 PM