In 2001, the Ultra Series was cited in the Guinness Book of World Records as the record-holder for the most number of spin-off shows. 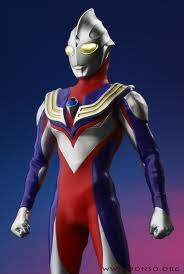 Ultraman Tiga (9/8/96 - 8/30/97)
Tiga is the first Ultraman with multiple combat modes and non-red colors. Because of Tiga's popularity, he had more exposure on TV and movies than any other Heisei Ultraman. Ultraman Tiga was dubbed in English by 4Kids Entertainment and broadcast in the United States as part of the Fox Box programming block, the third Ultra Series to air in the United States. 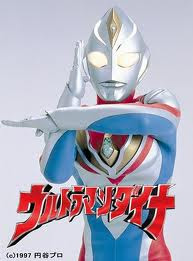 Ultraman Dyna (9/6/97 - 8/29/98)
In the year AD 2017 (nine years after the final episode of Ultraman Tiga), TPC has advanced beyond earth, and has created a new GUTS team, "Super GUTS". In contrast to the serious tone of Ultraman Tiga, Ultraman Dyna is a far more light hearted show, featuring more upbeat stories and goofy character personalities for its cast. 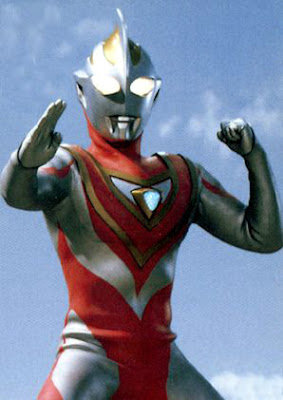 Ultraman Gaia (9/5/98 - 8/28/99)
Ultraman Gaia takes place in yet another universe, one that is totally different from the world of the original Ultramen, as well as world of Ultraman Tiga and Ultraman Dyna. In a departure from most of the other series, there are two Ultramen as the main characters. In this series, Gaia is the lead, but Ultraman Agul, makes many appearances. They are often at odds with each other in the beginning of the series. 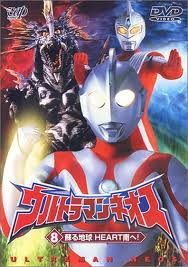 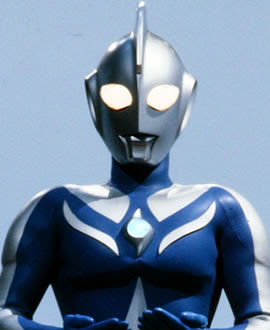 Ultraman Cosmos (7/7/01 to 9/28/02)
It had total of 65 episodes, which currently makes it the longest running Ultra Show to date. Its film Ultraman Cosmos: First Contact celebrated the 35th anniversary of the franchise. It is direct prequel to the original Ultraman Cosmos television series. he TV series takes place eight years after the events in the movie, when monsters are once again plaguing humanity.This series is followed by the feature film, Ultraman Cosmos: The Blue Planet (2002), in which Cosmos gains a couple of new modes (Space Corona and Phantom Corona). This in turn is followed by Ultraman Cosmos vs Ultraman Justice: The Final Battle (2003). 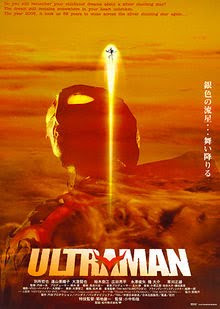 Ultraman (2004)
Ultraman: The Next, released in Japan simply titled ULTRAMAN. It is part of the Ultra Series' experimental Ultra N Project, and features an Ultraman character codenamed "The Next". It was released on December 18, 2004, distributed by Shochiku. Eventually, this sets the tone for the TV series, Ultraman Nexus (Urutoraman Nekkusasu, 2004) as Maki's power is passed on to protect humanity from the darkness. 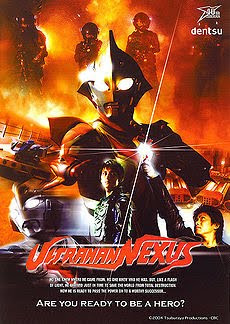 Ultraman Nexus (10/2/04 - 6/25/05)
Ultraman Nexus was produced by Tsuburaya Productions and Chubu-Nippon Broadcasting. The series aired on TBS, CBC, MBS, etc. There was 37 episodes, subsequent DVD releases from Bandai Visual and a brand new 45-minute Episode EX and an extended 45-minute Directors Cut of Episode 29. Three months after its initial run, it was re-run in a new time slot. Following the ULTRAMAN movie, Tsuburaya ran a teaser trailer for Ultraman 2 Requiem. Due to the performance of Ultraman Nexus, the film (Ultraman 2) was cancelled, and Tsuburaya moved ahead with a theatrical version of the then-current television series, Ultraman Mebius. 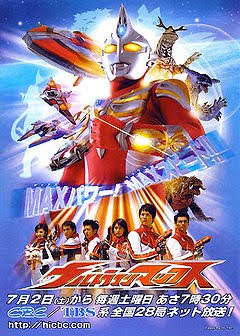 Ultraman Max (7/2/05 – 3/25/06)
The show tried to return to the true formula of new monsters every week and being a fast paced show like previous series with the exception of Ultraman Nexus. The show is full of homages to past series by having three of the original cast members from the first Ultraman series (and one original cast member from Ultraseven being featured in an episode), updated versions of classic monsters like Red King, Eleking and Pigmon among others. Episode 29 revolves around the filming of the 1964 program Ultra Q. 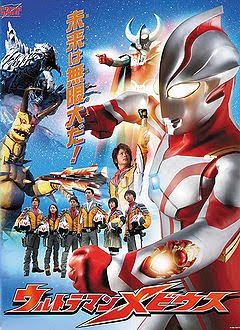 Ultraman Mebius (4/8/06 – 3/31/07)
The series is set 40 years after the shows of Ultraman), and makes many references from Ultra Q through to Ultraman 80. Mebius is a rookie Ultra Warrior and has a lot to live up to. This series is set in the same universe as the original timeline 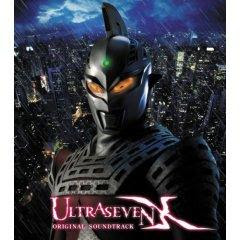 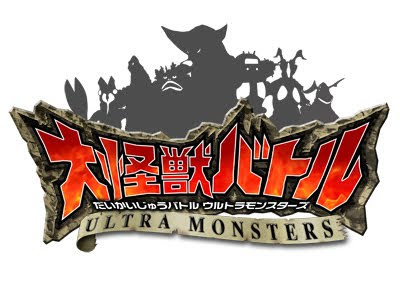 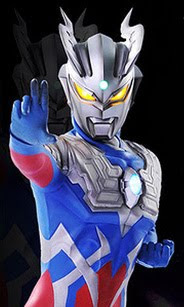 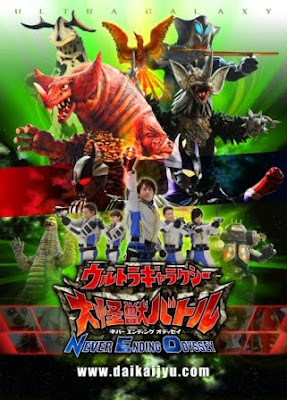 Posted by Lavender Ranger at 1:15 PM