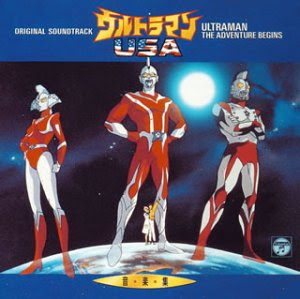 Ultraman: The Adventure Begins (1989)
Ultraman: The Adventure Begins was an animated movie joint produced by Hanna-Barbera and Tsuburaya Productions in 1987. The movie was titled Ultraman USA for its Japanese release in 1989. The characters in the movie had no special devices to transform into their super-powered identities, unlike most Ultramen. Their transformations were an automatic defense mechanism when in life-threatening danger. Tsuburaya Productions originally approached Hanna-Barbera to do this feature as a live-action pilot for a possible TV series, but Hanna-Barbera talked them into doing an animated feature instead. 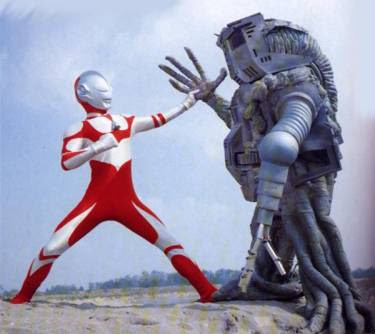 Ultraman: Towards the Future (1990)
Ultraman: Towards the Future was produced in 1990 in Australia by the South Australian Film Corporation and Japan's Tsuburaya Productions (the creators of the Ultraman character). There were 13 episodes filmed (the first 6 episodes were the "Goudes Threat" story arc). Titled Ultraman Great for its Japanese release, the 13-episode show was released on home video in Japan, and was later broadcast on Tokyo Broadcasting System from July 8 to September 30, 1995. A comic book sequel to the series was printed in the United States. Howeverk, the comic treats Ultraman Great as the same Ultraman from the original 1966 series. The comic has also been known to confuse "Ultraman: Towards the Future" with the subsequent American-made series, "Ultraman: The Ultimate Hero". This was the 10th Ultra Series and the first produced in the Heisei era. 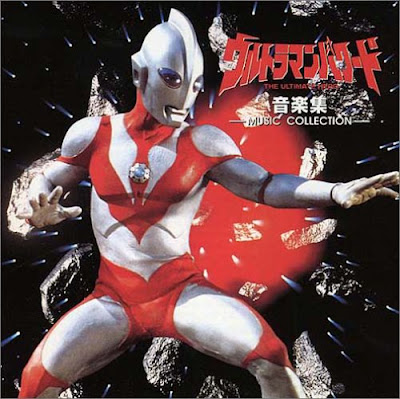 Ultraman: The Ultimate Hero (1993)
Ultraman: The Ultimate Hero was an ambitious production. 13 episodes were produced in the US in 1993 by Major Havoc Entertainment (later renamed Steppin Stone Entertainment) and Tsuburaya Productions. Following the footsteps of the Australian-produced Ultraman: Towards the Future, this was the second live-action Ultra Series produced outside Japan. It is considered to be a remake to the original Ultraman show by many fans. Titled Ultraman Powered for Japanese release, the show was released on home video there in December of 1993, and later aired on Tokyo Broadcasting System from April 8 to July 1, 1995. This was the 11th Ultra Series. However, despite being produced in America, the show was never broadcast there. Although having impressive costume designs, the action was quite weak compared to other installments of the Ultra Series, due to the costumes being fragile. After this series, Tsuburaya has since focused on domestic productions.

Posted by Lavender Ranger at 1:10 PM

I think it bears mentioning that the protagonist of Ultraman Powered was played by none other than Kane Kosugi, who played Jiraya/Ninja Black in Kakuranger.

Hi. Just want to share with you an anime that I find it quite interesting. It's called Machine Robo Rescue. Basically it's something like lightspeed rescue in transformers build with little team of kids as the owners.
Not sure if its consider the same type as sentai/kamen rider, since the obvious difference is one is anime and the other is live action.

Well, I watch the Ultraman The adventures begins and Ultraman the ultimate hero (Ultraman USA and Ultraman Powered in Japanese), only realese in VHS.
Then, who knows, his time realese in DVD and Blu-ray disc in Japan, you know?

I checked it out but Machine Robo Rescue is not a henshin series, I only cover live-action series where the hero transforms.