I did not know about this until this was suggested by a post commenter. 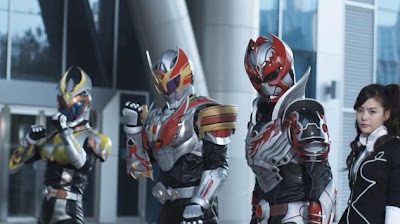 SF X Fantasy Rayforce is an upcoming South Korean series produced by MMORPG developer T3 Entertainment. The show is planned to last for two 26-episode seasons on a yet to be named broadcaster. It is scheduled for broadcast in South Korea in the second half of 2010. Broadcasting rights have also been sold to broadcasters in Thailand and negotiations were in progress for broadcasters in Taiwan, Hong Kong, and the Philippines.
Here is an English Interview 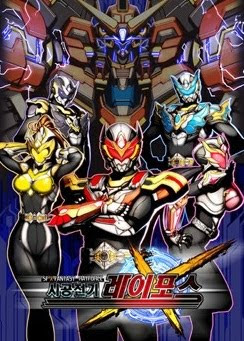 These are drawing concepts I found online. 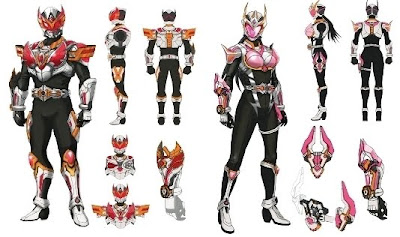 In the promo below we only see the red one and the yellow one and another red one. 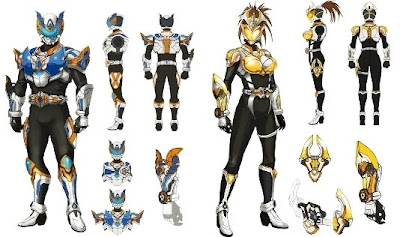 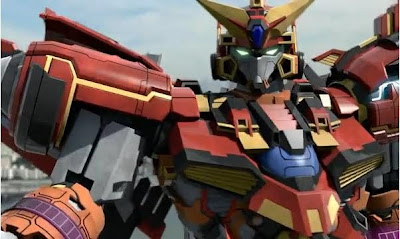 Their robot, that seems to be completely CGI.

The following promo blew me away:
Posted by Lavender Ranger at 4:12 PM

Has "Shichisei Tōshin Guyferd" been covered by this blog? It was a tokusatsu co-produced by Capcom and Toho that was apparently inspired by Fist of the North Star and Guyver.

I would just like to point out that this is the most epic thing I have seen in years. Korea needs to do more of this and less telenovelas.