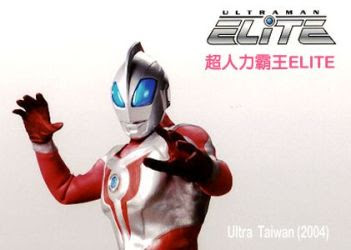 Ultraman's licensing rights outside of Japan has been a long legal dispute between Tsuburaya Productions and Chaiyo Productions (also called Tsuburaya Chaiyo Co Ltd) based in Thailand. Tsuburaya had previously collaborated with Chaiyo on the production of two movies, The 6 Ultra Brothers vs. the Monster Army and Jumborg Ace & Giant. Sompote Saengduenchai, founder/president of Chaiyo Productions, claimed and maintained that in 1976, the late Noboru Tsuburaya, who had died in 1995, had given his company rights to everything Ultraman outside Japanese territories in exchange for a monetary loan. Japanese and Thai courts accepted this contract as real and binding because of the supposed 'hanko' of the late Noboru Tsuburaya in the document. Tsuburaya Productions insisted that the contract was a forgery (due to factual errors), and repeatedly contested the issue. 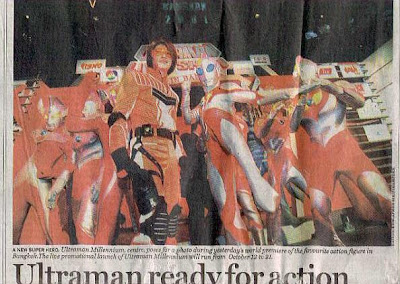 After an 8-year battle in the courts of both countries, Sompote Saengduenchai was awarded a favorable decision on April 27, 2004. The exact ruling fell into some dispute: Some said it only gave him merchandising rights for the first six Ultra Series (Ultra Q through Ultraman Taro) and Jumborg Ace outside Japan, and broadcasting rights of said shows within Thailand. Tsuburaya decided not to market any of the disputed six Ultra Series outside Japan until it had completely settled the rights issues with Chaiyo, although the company continued to merchandise and distribute all of the Ultraman programs created after Ultraman Taro, including the theatrical feature Ultraman the Next, throughout the world. Because of the copyright struggle, importing literature on Ultraman into Singapore and Malaysia was prohibited. It also resulted in a slight backlash against Thai Ultraman fans, who were assumed to be outright Chaiyo supporters. 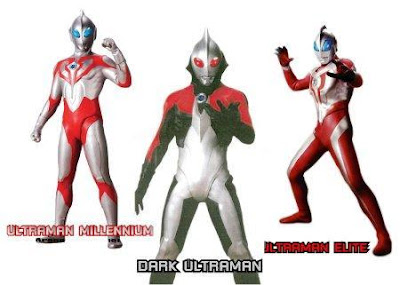 On February 5, 2008, the Supreme Court ruled in favor of Tsuburaya Productions of Japan after they made an appeal to the initial ruling. The decision ended Sompote's bid to continue his enterprise, and the court gave Sompote 30 days to stop profiteering from Ultraman and required to pay THB 10,700,000 plus interest at the rate of 7.5 per cent a year starting from December 16, 1997, when the original lawsuit was filed. The Thailand Ultramen include Ultraman Millennium, Dark Ultraman and Ultraman Elite.
Posted by Lavender Ranger at 10:50 AM