I have to admit that I am not much a fan of Ultraman, I never saw it as a kid, I wasn't aware of it. Ultraman has been dubbed several times in the United States and was quite popular in Latin America. I think maybe why Ultraman is not so popular with American Tokusatsu fans these days is probably because Ultraman didn't last long, Power Rangers has lasted over 17 years. Basically Ultraman is probably the oldest Tokusatsu series, being 44 years old. In 2016, it will be 50 years old! I don't know the real reason why Ultraman is not that popular among us. 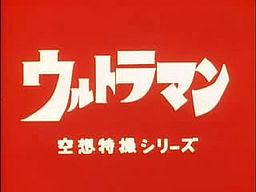 The original Ultraman: A Special Effects Fantasy Series show was produced by Tokyo Broadcasting System and Tsuburaya Productions, and was broadcast on Tokyo Broadcasting System (TBS) from July 17, 1966 to 1967, with a total of 39 episodes. Although Ultraman is the first series to feature an Ultra-being, this is actually the second Ultra Series. Ultra Q was the first. 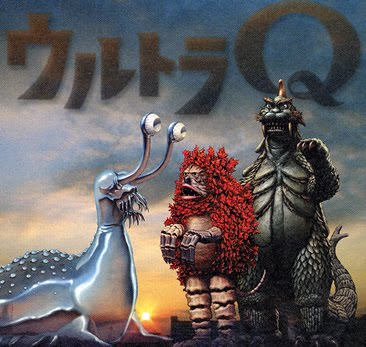 Ultra Q (1/2/66 – 7/3/66)
Although series creator Eiji Tsuburaya intended this series to be more like The Twilight Zone and focus less on the monsters, TBS (Tokyo Broadcasting System) convinced Eiji to add more monsters onto the show, as Godzilla was popular. The original planned title of this project was UNBALANCE, and was subsequently renamed Ultra Q (inspired by "Oba-Q", the nickname of the title character of the then-popular anime series Obake no Q-Taro, and "Ultra C", a popular term used for women's gymnastics during the 1964 Summer Olympics, where a Russian gymnast created an extremely difficult maneuver called the "Ultra C"). 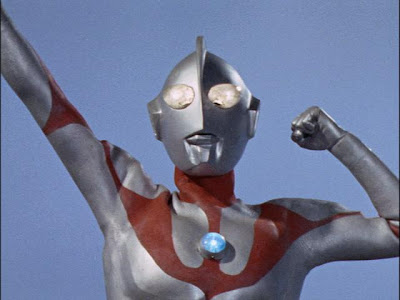 Ultraman (7/17/66 - 4/9/67)
Ultraman's creator was Eiji Tsuburaya from Tsuburaya Productions, a pioneer in special effects who was responsible for bringing Godzilla to life in 1954. Ultraman was from "The Land Of Light," Nebula M78 and used the Beta Capsule to transform. The Ultraman series used various monster costumes, known as kaiju in Japan, before Kamen Rider and Himitsu Sentai Goranger. 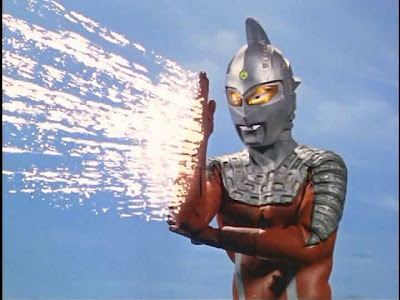 Ultra Seven (10/1/67-9/8/68)
Ultra Seven is sometimes incorrectly called "Ultraman Seven" by many sources outside Japan. Both the series and its hero can also be called Ultraseven (without a space), which is generally the form used when romanized. 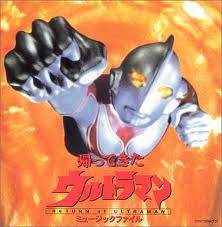 The Return of Ultrman (April 21, 1971 – March 31, 1972)
This series is a follow up to the original Ultraman and Ultraseven. Ultraman Jack is also the only Ultraman to suffer many types of humiliation, from having his Color Timer ripped off to decapitation. Featured in this show is a new Ultraman named "New Ultraman", or like the show's title. In 1984, however, he was renamed "Ultraman Jack" due to licensing issues, after Tsuburaya and Bandai (which had just bought the Ultraman toy license in Japan) held a contest for children to pick a new name for this Ultraman. Although he is called "Ultraman Jack" for licensing in and out of Japan, he is still sometimes referred to as "New Ultraman", by some fans according to Wikipedia. 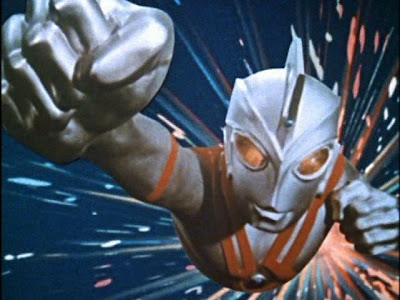 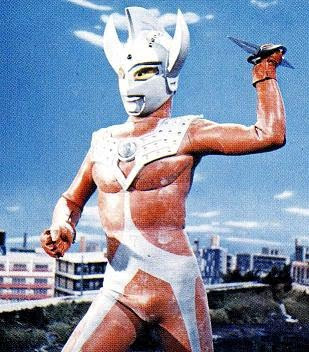 Ultraman Taro (4/6/73 to 4/5/74)
Taro is one of the most typical name of a boy in otogi-banashis, or, Japanese fairy tales. The producer said, 'Ultraman Taro is going to be the fairy tale in the Ultra Series.' 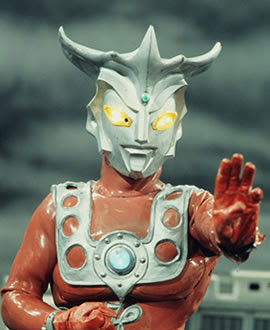 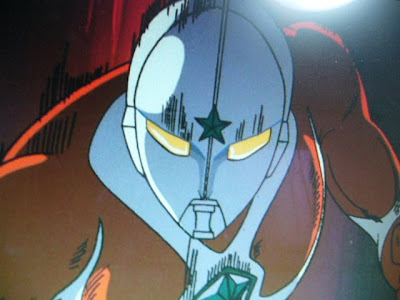 The Ultraman (4/4/79 to 3/26/80)
The Ultraman was the first-ever animated version of the famous superhero Ultraman. The Ultraman featured in this animation is "Ultraman Jonias", also known as "Ultraman J(Joe)" and he hails from the Planet U40. The series, produced by Tsuburaya Productions and Sunrise (which released the now-famous Mobile Suit Gundam the same year). A real life suit has been created for Meets and Greets. 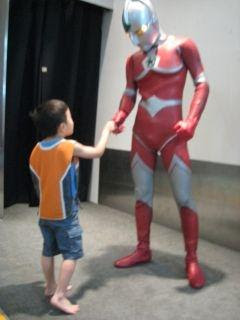 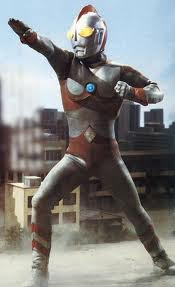 Ultraman 80 (4/2/80 to 3/25/81)
It is the 8th season in the Ultra Series. Produced by Tsuburaya Productions, Ultraman 80 was aired between, with a total of 50 episodes. 80 was the last Ultraman produced for TV in Japan until Ultraman Tiga, 16 years later.

Posted by Lavender Ranger at 9:42 AM