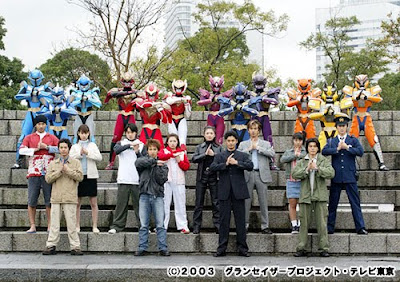 Chouseishin Gransazer (Ultra Star God GranSazer) - 10/04/03 – 09/25/04
The Gransazers were created by an ancient race of humans, before an alien alliance wiped them out millions of years ago. The Gransazers are divided into 4 tribes: flame, wind, earth, and water. Each tribe were formed differently and some were complete strangers. At first, one alien under a guise had the Wind Tribe fight against the other tribes. Once that was figured out, they defeated the alien and fought alongside, even though they had their own issues. The Water Tribe was later discovered around the same time as the evil Impactors came around, making thing worse. Together with the Ultra Star Gods, the Gransazers combat alien threats that threaten to annihilate Earth and mankind. 51 episodes. 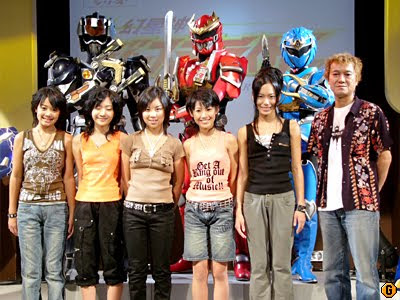 Genseishin Justirisers (10/02/04 – 09/24/05)
When a monster from the sky is called, three chosen individuals are present. Shouta Date is awoken first, as Riser Glen and he fights back with Seishinjuu Enoh. He is told by a mysterious female voice that he must potect humanity. He takes this seriously. He later finds out his classmate Yuka Sanada is Riser Kageri but she just wants to be a normal girl. Meanwhile, Shinya Hiraga/Riser Gant is hiding in the shadows, observing them. He does not believe in just fighting to protect humanity, and questions why they were given the power, and what for. It takes much for anyone to become friends with him, and earning his trust is hard. 51 episodes. 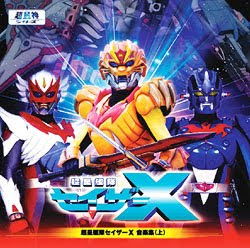 Chousei Kantai Sazer-X (Super Star Fleet Sazer-X) - 10/24/05 – 06/24/06
In the year 2500, the earth has been taken over and covered in darkness by a race known as the Neo-Descal. The remaining members of the human resistance send their trump card weapons, the three Meteor God warships to the past to try and change the future by stopping Neo-Descal in 2005, when their attacks began. Along with the Meteor God warships comes Ad, captain of the Adle-Eagle squad and his right hand man, Gordo, Kane, captain of the Beet-Vizor squad, and the twin Sazers Ein and Zwein, and Remy, who pilots Great Lio. Ad and Kane are joined by Takuto Andou, whose grandfather met Captain Shark, leader of the resistance, as a young man and was left with a Knuckle Cross to allow his grandson in 2005 to become the third member of the team known as Sazer X. 38 episodes. The series last 38 episodes and was the last of the Chouseishin franchise after its cancellation. I didn't like it a lot since it didn't have a heronie, but there was a female warrior but she was a minor character.
Posted by Lavender Ranger at 9:49 AM

wow, where is the please?